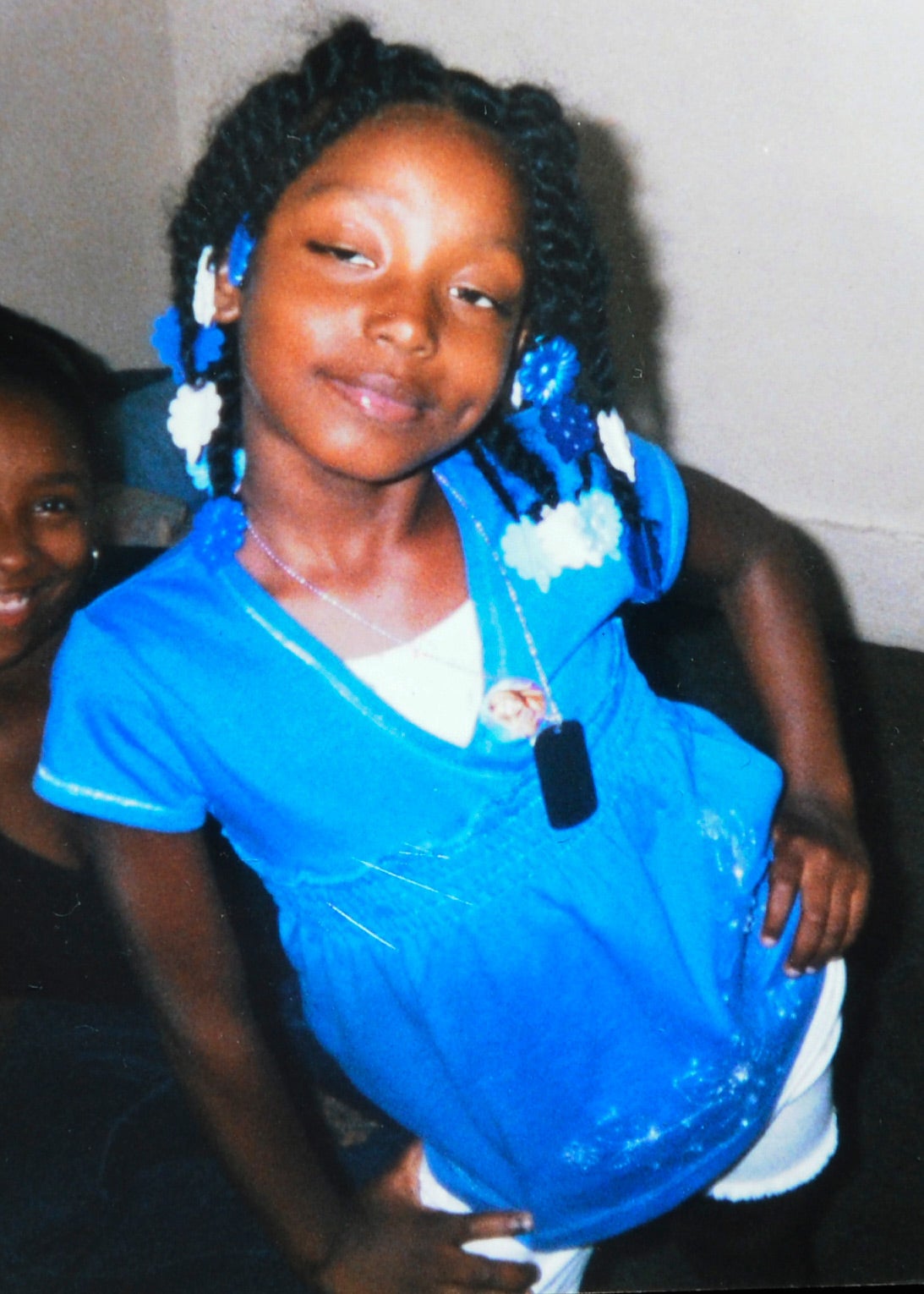 Little Black girls go to sleep to dream, not to die. Radiant flashes of whimsical light should have lit the vivid imagination of a slumbering 7-year-old Detroit girl. Instead, a flash-bang bomb — the handheld stun grenade most commonly used in active combat by the United States military — exploded blinding light into her room, and from the accounts of her father and the family’s attorney, gravely burned her before she was fatally shot in the neck by the Detroit police officers raiding her home. This is what it means to go to sleep when you’re Aiyana Stanley Jones, and Black, and innocent, and your bedroom is a battleground in the so-called “War-on-Crime” in one of America’s poorest cities. After all, the police who raided Aiyana’s home were on the hunt for a murder suspect wanted for the shooting of a 17-year-old Detroit boy. In this business-as-usual state of extreme police militarism, dangerous Black suspects are somehow more dangerous than other dangerous suspects. And innocent Black citizens are somehow less innocent than other innocent citizens. Never mind the yet-to-be confirmed details of the incident report that the police were at the wrong apartment in a multi-family building. Never mind that no one in Aiyana’s household has been conclusively linked with the wanted suspect, because when the War-on-Crime in America becomes a war on the Black and Brown urban poor, it’s a war on you. What does it care that you’re only seven? I don’t know why our little girls have such high bounties on their heads when the order goes out for violent offensives against our communities. My mind immediately goes to Birmingham, 1963, where the bodies of Adie Mae Collins, Carole Robertson, Denise McNair, and Cynthia Wesley lay amongst the dynamite-strewn rubble of a church my grandfather once pastored — and in which my mother and aunts were told little Black girls were safe. Living just outside of Detroit, my heart was broken earlier this month when local news reported that a Black toddler had been shot in her car seat by a bullet meant for her father, a state’s witness in an upcoming murder trial. (Note: I know who 2-year-old Caylee Anthony was, yet as of today, I still cannot find one account of that toddler’s name). In the case of Birmingham, police turned a good-ol’-boy-eye to known violent Klansmen. For the Detroit toddler, shot in her car seat, the District Attorney’s office tragically failed to protect its own witness. And for Aiyana Jones — who awakened to the last minutes of her life in a melee of chaos, aimed weapons, and panic — the public stewards she was taught were here to protect and serve her turned out to be real-life boogiemen invading the home where she slept. The State does not protect little Black girls. That governing body which turns our tax dollars into wars against our communities mistook Aiyana Jones for a moving target, collateral damage in a performance of police brute force. Little White girls go tragically missing and we get Megan’s Law. Little Black girls are killed by officers of the law, and our community’s grief is a buried story scrolled quickly across the ticker of cable news. America’s heartstrings grow short for little Black girls. In a nation seemingly obsessed with protecting children, where mob violence has been committed in the name of “protecting children,” where congressional hearings are held for the purpose of “protecting children,” there is no national outcry for dead little Black girls. And what shall we tell our daughters? That we love them, but as we too are Black, and often poor, and in America, we cannot protect them? Little Black girls should never sleep too soundly. Saida Grundy is a doctoral candidate in the Department of Sociology at the University of Michigan at Ann Arbor.