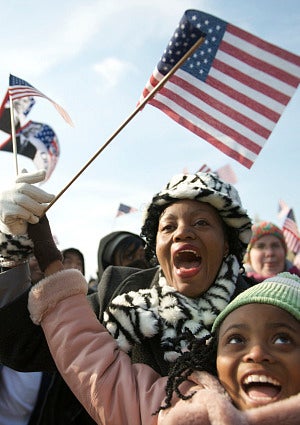 The recession may be affecting our communities the hardest, but African Americans continue to be optimistic about the future, according to a new poll from the Pew Research Center.

Researchers conducting a study on African American attitudes towards race found that feelings of progress and optimism in our communities were more than likely inspired by the election of President Barack Obama. Thirty-nine percent of the people surveyed said they feel as though they are better off now than they were five years ago, while 56% felt the gap between Blacks and Whites standard-of-living had narrowed in the past 10 years.

Retired University of Maryland political science professor, Ronald Walters calls the findings “the politics of expectation. “It’s having an African-American president and the hope that, when all is said and done, he will help (African-Americans),” he told the Miami Herald.