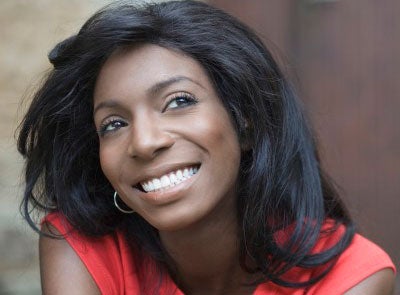 There’s a running inter-office joke about “strong Black women.” I’d explain, but it won’t be funny because it’s one of those “you had to be there to get it” insider things. But it all stems from how for the annual Do Right Men Issue years ago*, there were like fifty guys featured and ESSENCE asked all of them, “What do you love most about Black women?”

The logic was, Black women get so piled-on (that was for you, Psychology Today) and many feel so unappreciated, overlooked, and criticized by Black men, that it would be a nice shout out to the ladies. I don’t recall the exact number, but almost all of the men started out with, “they are strong.”

I didn’t work on the issue referenced; it was the year before I landed at the magazine (and how I know you won’t get the joke… it had to be explained to me like I was a toddler.) But in all the interviews I’ve done where I asked this question (I usually don’t anymore. On occasion, I’ll throw it in for filler), the guy always begins, “Well, they’re strong….”

And this is where the joke comes from. I don’t even bother running that answer.

Over on News One, RK Beyers attempts to figure out what exactly “strong” really means and why it’s the go-to adjective for Black women (at the same time, he makes his essay a lovely ode to his mama. She’s got to be somewhere grinning right now).

“We hear so much about ‘Strong Black Women’ — recently even newly crowned NBA MVP Derrick Rose described his mother as a ‘Strong Black Woman’ — that it almost seems as if the words ‘Black woman’ should also, by definition, have the word ‘strong’ implied.”

But “strength” is a masculine trait.

And as the psychological warfare continues that is now trying to explain to us that Black women are the ugliest women alive because they have more testosterone than other women, forgive me if I don’t feel comfortable using any terms even remotely manly when describing someone as lovely, tender and delicate as my mother.

Oddly enough, I wouldn’t call my mother strong either. And that’s not a dis to Mum-zie. She’s a lot of really dope things (on her good days. Like everyone else, including me, she has her moments). But “strong” doesn’t pop to the forefront and would hardly be all encompassing. She’s much more multi-dimensional than that. That said, it almost seems like “Black woman” and “strong” so inherently go-together like PB&J that to not call a Black woman strong sounds insulting. It’s not, of course.

So I wonder, Black women, what would you rather be called, if anything? If we could re-brand through a massive PR campaign, what would be the new catchphrase to describe us? I’d go with something all-encompassing and effortlessly feminine like ‘lovely’.

*I did the photoshoot for the 2011 guys last week and now I’m knee deep in interviews. Good Lord! These men? *pants* That issue is a must-have-and-keep. (And I’m not just saying that because I work here.)

Demetria Lucas is the Relationships Editor at Essence Magazine and the author of A Belle in Brooklyn: Your Go-to Girl for Advice on Living Your Best Single Life (Atria). Follow her on Twitter at @abelleinbk