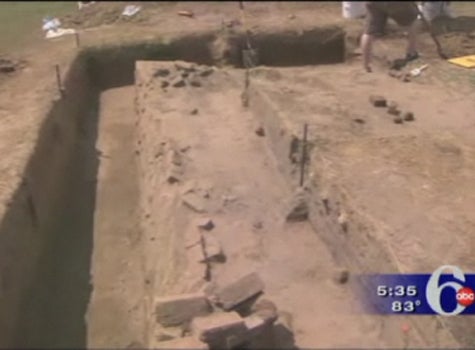 What could turn out to be one of the most significant African-American archeological sites is being excavated in New Jersey, outside of Mount Holly. A village established by Blacks in the 1820s called “Timbuctoo” is being uncovered by Temple University archeology students and volunteers. Black Voices reports that the findings include “at least 18 houses, a church, roads, wells and a cemetery containing 13 graves of Black soldiers from the Civil War.” While some experts dismiss the discovery as insignificant, there is valuable information to pull from the artifacts found. According to The Philadelphia Inquirer, the site spans four acres and “stood directly on an Underground Railroad route, and there is no question that escaped slaves lived in Timbuctoo.” The exploration ended on the 3rd of July but will resume next year. Read more…