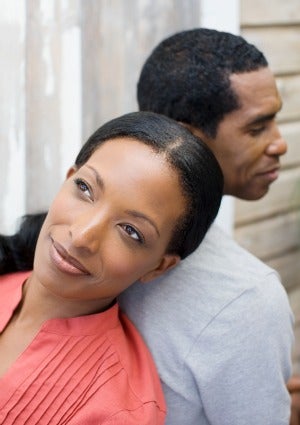 If you read a memoir by any of the “Grand Dames,” like Diahann Carol or Gloria Vanderbilt, you will find that their quest for love has taken them all over the world, into the arms of many interesting, alluring men. These women married, divorced and were involved in quite a few torrid “love affairs” (as a grown woman in my 40s, I rather like that phrase) with incredible men. What I quickly realized is that while men and experiences color your life and write your book, not every man is Mr. Right, or even Mr. Right Now. Rather, some suitors, in spite of the seduction and potential, or perhaps because of it, are what I call “Memoir Men.” I had a not-so-great marriage, but I’ve had some great love affairs. In every one of these relationships/affairs, I try to learn love lessons to contribute to my growth. They say that insanity is doing the same thing over and over and expecting a different result, so you cannot change while staying in the same mental and emotional space. Irrespective of where this latest relationship might take me, I made a concerted effort to work on my ish; which means controlling my Mental Minefields and the urge to speak my mind too d@m# much.This is definitely the road less traveled compared to my past relationships. This love affair took me from New York to Paris and back a few times. It involved five-star restaurants, six-star hotels, and the hottest clubs in Paris. I should not leave out a few shopping sprees and more Veuve Cliquot than I can count. There were a few problems with this scenario; first, I have seen this movie before, albeit starring a different man (or men) and second, while certainly nice of them, I continue to wine and dine myself and take solo jaunts around the world, so I don’t need a man to do that for me. What I do need is for the man to expend some emotional energy working on his growth and to demonstrate a consistent temperament. When I saw none of this after a while, I knew how this movie would end. All these great love affairs starring Memoir Men involve a certain level of seduction. And I do not mean seduction in the literal sense. I mean the affair possesses a certain allure which pulls you closer to something for which you’ve consciously or subconsciously yearned. You know that if you are going to proceed, you have to be vulnerable yet smart in the relationship. So you have a talk with self, decide to throw caution (but not sensibility) to the wind, open your heart and take a calculated risk and go for it. My Memoir Man seemed (operative word) even-keeled, had a nice life and a flat in a foreign country and a supposed desire for a relationship, despite the distance. The seduction for me here, was his even temperedness, and those who know me know that I love a man in a foreign country (maybe that is my insanity issue), especially one who “wants” and is available to be in a relationship. Ready, set, go. Only recently have I become comfortable with the notion that time will tell. In the past, the alpha female in me has tried to control the outcome and I have reacted the same when confronted with a similar situation. As I said before, growth involves focusing on your mess; doing it differently and taking the road less traveled. In this relationship, when faced with scenes from the same old script, I forced myself to sit down, have faith in God and the process and see where it would take me. It took me to a place of great times, conversations, incredible feelings, both high and not so high, but never tragic lows. I have learned to get out before that happens. But he also revealed, as many do, a propensity to say one thing and do another, and stay in the same place the entire time. The beauty of faith is, with work, you grow, trust and learn to not take things so friggin’ personally. You confront his unrealized potential and realize someone is not best for you, and agree it’s okay to bow out. I recalibrated upon my return to New York while sitting with Bevy and Jules downloading. We’re at Hillstone’s, ensconced in a booth looking at photos, revisiting my fabulous last few months in Paris with my Parisian. We all agree, what a ride; what an incredible time! No, he was not Mr. Right, and I’m over the Mr. Right Nows. But I can tell you this without regret or hesitation… in spite of his unwillingness to change and grow, he helped me to break through a lot of emotional issues which have been holding me back, and we had a damn good time in the process. And that is how one becomes a Memoir Man.