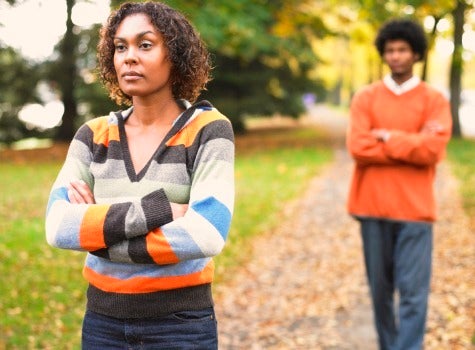 This past weekend, I went to the funeral of the dad of a very good friend. In spite of the decades of marriage, her parents still acted like lovesick teenagers. They were open and affectionate; he was kind and patient, and she was appreciative and loving. I vividly remember once yelling to her mom to get out of the street because she was on the phone with her husband (by now they had been married well over 25 years) and she was so enraptured by their conversation that she almost got hit by a car! I also remember witnessing her mother’s broken heart last week at the visitation, but also her strength, because he had provided a love and security that would last a lifetime and beyond. He was not a Memoir Man; he was her Lifetime Man. I kept wondering if they make them like that anymore. Or do you have to train them to be that way? Talk about timing — I was watching the “Today” show the other day when one of the hosts reminded screen siren Jacqueline Bisset of a quote for which she’s rather famous; “You don’t get rid of your dog just because he pees on the carpet; you train him.” Jacqueline still stands behind that quote today, as do many women. I started to question whether it is possible to transform Mr. Right Now into Mr. Right, or to turn the Memoir Man into a Lifetime Man with a bit of training.  I may get a lot of heat for letting out women’s “family secrets” or catch some flack from the guys, but the reality is that I happen to agree — to a degree. If a man possesses the basics that are on your checklist and they mess up, do you get rid of them or do you put up with their issues and work with them (aka “train” them) to mold them into the man they could/should be? I tend to throw the baby out with the bath water after a few attempts at training/molding, because after a while, it is just not worth the headache or heartache. My expectations may be unreasonable, but with my ongoing attempts at self-improvement, I feel like my Lifetime Man should roll on up with his baggage checkable in the overhead compartment and we march quietly into the sunset. I know, “Good luck with that,” you say, and I often question myself, even with my most recent breakup, wondering if am I entirely unreasonable. Someone recently told me the reason a married man is so attractive is because his wife has trained him to meet a woman’s expectations. I called my friend and colleague Christine, the foremost advocate for (not on) training men, to ask yet again if she still thought it was possible to train a guy? She peered through the phone, and said, “Lisa, you know me, OF COURSE it is, I tell you that all the time! What you need to do is go down to PetSmart and get a manual on how to train your puppy and follow that step by step, and voila, you have your trained man!” She reminded me that you must start early and you only have yourself to blame if you have a 5-year-old dog who is using your house for a toilet! Well, I thought, great advice, but you’re over 40 and have never been married, so I am not convinced that I should toss my self-help books for a puppy training manual. If it’s any consolation, Christine maintains she is not married because she hasn’t followed her own rules, but if she could only get the chutzpah, I remain convinced that she could whip that man right into shape, and take that stroll down the aisle. While my jury is still out on hightailing it to PetSmart, I do know that you establish in the very beginning what is and is not acceptable to you. Someone told me that you have to start out how you want to finish, so if you don’t plan to put up with a certain behavior, you better nip that in the bud ASAP. Conversely, if you don’t plan to cook every day, then don’t hold yourself out to be a contender for “Top Chef,” because you are training him to have certain expectations of you. The $60-million question is: when do you stay and try to train them, and when do you walk away? I guess it really just depends on you and on him. I am an advocate for sticking around if a man shows true remorse and is working on his issues along the way. True remorse is the key, because a paltry “sorry” followed by the same old shenanigans is my ticket out the door. I think the best advice for us ladies is to keep a “pair and a spare” in your arsenal until your Mr. Right comes along. The problem for me is that I don’t have the patience for that either, so I guess it’s a good thing that I am quite content doing my thing as The Singlista for now.