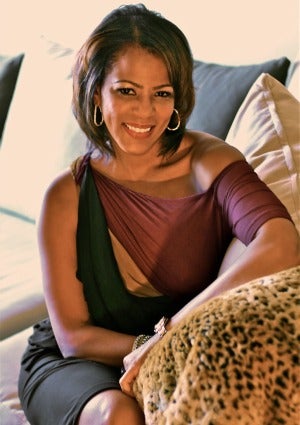 Relationships are nothing if not tough. When we’re single, we practice (in our heads) all the things that we know we should do to better our relationships and give them a chance for survival. But as we all know, there is nothing like real life to move things from theory to practice. I have been single for what seems like an eternity. I have recently (and slowly) moved into the realm of “coupledom,” but trust me when I tell you that this wasn’t without all my relationship issues rearing their ugly heads. I have alluded to the relationship here, but haven’t spoken much about this transition, but I will give the backstory soon, I promise. I have remained mum thus far, because I have the propensity to blow things out of the water before they get started. And this time it was nothing different. I was speaking to a girlfriend last week about relationships, and this particular friend, in some instances is exactly like me. We have the same birthday month, similar personalities — I could go on but the point is the comparisons are endless. In this conversation, we were speaking about some recent partner issues that we were both having. My friend pointed out that she sometimes has trouble controlling her thoughts and will take one morsel of information and run with it. I said “Ditto.” I thought about how I can create an entire film noir in my mind, with that same, small piece of information. My film is sometimes complete with a sinister plot (e.g., he is out there running around on me and sitting back laughing at my expense about how he pulled the wool over my eyes), an arc and a tragic ending. Okay, so maybe I exaggerate a bit, but you get the point. I remember a conversation I had with my boyfriend about a month ago. He said in his cutest French accent, “This problem is made in Leezah!” I said “I am sorry, I do not understand,” convinced this was about to be lost in translation and I would get off easy. Not the case; he replied “You know, just as my watch is made in Switzerland, my TV is made in Japan, this problem in made in Leezah; it is made in your head!” I sat there and had to think about that one, because I had no defense. I have heard it before and replayed all my film noirs in my head. These film noirs have caused me more sleepless nights than the scariest movies I have seen. My friend recommended a book by Joyce Meyer called “Battlefield of the Mind,” where Meyer speaks about the importance of controlling our thoughts. If you have studied any eastern, western or new age religion, they underscore the same tenet, “As a woman thinketh in her mind, so she is” (Proverbs 23:7). If you create these scenarios and devious plots in your head they will eventually come to fruition one way or another. My girl Jules, who you know from this column (my Parisian traveling partner, the “happiness wind beneath my wings” friend), likens relationships to gambling: if you want to win big you have to bet big; nothing ventured, nothing gained. You have to trust yourself that you have vetted this person enough to think that they too are adhering to the agenda to which you both agreed, and that person won’t deliberately hurt you. True, there is no way to know that you won’t get hurt, but if you want it to work out, you have to, at some point, trust that person, bet big and roll with the punches. As the Good Book says, “Whatever is done in the dark shall come to the light” (Luke 12:3), so it will work itself out one way or another. Relax, chill and take it easy; it is going to be what it is going to be (“when it’s going to be it,” as friend Cindi adds). There are enough inherent problems in coupling, without us compounding them and adding our plots, arcs and tragic endings. I am consistently trying to prevent my mental minefields from becoming mindfields and blowing up my relationships. It is a war that is worth fighting because we need to think positively, and hone our thoughts. And at the end of the day, no one wants to be alone… with their miserable thoughts and no one to share the good times with. After a few turbulent weeks of trying to patch my relationship back together after my “mindfields” almost dismembered this one, we are back on track. I have no idea where this is going, but I am looking forward to taking this journey with you here on Essence.com and with him. In the end, you want a partner who is going to be there in the trenches with you, and ultimately hope that you can both emerge as better people, whether you stay together or not.