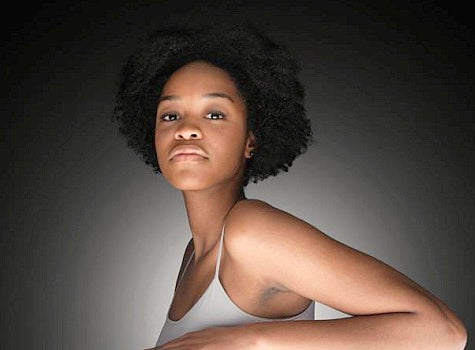 Phill Wilson is the President and CEO of the Black AIDS Institute. Here, he states his vision of how we as a community can lessen the danger of AIDS for Black men and women using education and knowledge. March is Women’s History Month and Wednesday, March 10th, is National Women and Girls HIV/AIDS Awareness Day, when women educate themselves and learn how to keep from becoming infected with the disease. This exercise is particularly important for Black women because while most of Black people know the facts about HIV, many times we don’t act on what we know. Although Black women account for 12 percent of women in the United States, they comprise almost 70 percent of women believed to have AIDS. The AIDS rate among Black women is nearly 22 times higher than that of their White peers. In 2006, AIDS was the leading cause of death among Black women ages 25 to 44. Tragically, many of these young women became infected as teenage girls. But just as Harriet Tubman, one of the most celebrated women in Black history, transcended her circumstances by escaping slavery and creating a way for others to save themselves, every Black female can both protect herself from HIV and help to create an environment where other Black people can safeguard themselves. But what does it take to be greater than AIDS when Black women shoulder disproportionate family responsibilities, are often poorer and have poorer health outcomes than other women, and are frequently abused and disrespected? And how can our community help them? Always knowing your HIV status is one of the most important steps that a Black woman can take.  Columbia medical school professor of obstetrics and gynecology, Dr. Hilda Hutcherson, says it best: “If you love yourself you will insist upon your partner getting tested, and you will insist that you get tested as well.” For knowledge is greater than ignorance; yet one in five Americans living with HIV doesn’t even know that they are infected. There is no excuse for not getting tested. HIV testing is readily available–often at no or a reduced cost–at many doctor’s offices, public health centers, community outreach events and churches. If you’re scared of blood and needle sticks, just ask for an oral test, performed by swabbing your cheek. Generally results from oral HIV tests are available in less than an hour. Every sexually active Black woman should get HIV tested at least once a year; more if you have more than one partner, are concerned about your partner’s sexual faithfulness or are uncertain of his status. Black women can also be greater than AIDS by taking control of your life–sexual or otherwise.  Most women have the power to decide whether or not they will be intimate with someone and what the intimacy will entail.  But let’s not get it twisted, from poverty to gender disparities to domestic violence, countless factors cause women not to take control of their lives or their sexual decision-making. We need to change our community cultural norms to celebrate a woman loving herself and having enough self-esteem to carry condoms and insist on using them. It’s also essential that Black women take better care of themselves–mentally, physically, emotionally and spiritually. Often the last person a Black woman worries about is herself. We need to change that, placing Black women at the top of our priority list. Because when a Black woman becomes ill or her wellbeing suffers, the people depending upon her struggle also. For women who are already HIV positive, taking care of yourself includes seeking medical treatment and adhering to the drug and self-care regimen that your doctor prescribes. Black women can save themselves because Black women are greater than AIDS. Phill Wilson is the President and CEO of the Black AIDS Institute. Here, he states his vision of how we as a community can lessen the danger of AIDS for Black men and women. Read More:
Loading the player...