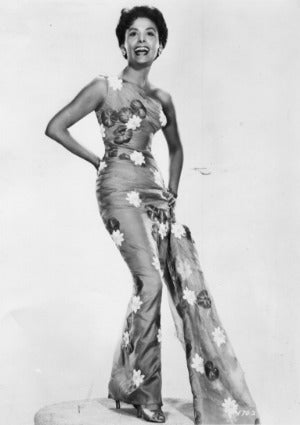 “It’s not the load that breaks you down, it’s the way you carry it.” —Lena Horne

As I settle in to watch the 83rd Academy Awards — the biggest night in Hollywood — I’m a little sad tonight. Of course, I am excited to see Halle Berry, Jennifer Hudson and Oprah Winfrey on the stage of the Kodak Theater. Yes, there were great movies this year: “The King’s Speech,” “Black Swan,” and “The Social Network” to name a few. But here are no Black actors nominated, nor any Black-themed films nominated for an Oscar this year. The New York Times called it the “white out.”

I’m still going to watch. I will sit with my friends sipping champagne, eating Chinese food, and critiquing the Red Carpet looks. But I am slightly in a way about the lack of opportunities for my people on the silver screen.

I’m fortunate because I work at ESSENCE.com. I was on the front lines at our Fourth Annual Black Women in Hollywood Awards this past week in Los Angeles. I sat in the Beverly Hills Hotel where Angela Bassett, Loretta Devine, Viola Davis and Jennifer Hudson were honored. I was even blessed to do one-on-one interviews with these ladies before the luncheon. So I have been with the actresses, casting agents, executive producers, and tastemakers to hear the testimony of what it means to be Black in Hollywood. It’s not a pretty picture and it sure isn’t a moving one.

Tonight, I celebrate the Black actors, screen writers, directors, producers, executives, union workers, and back office workers who dream of making movies in Hollywood in black and white, color, and HD. As we end Black History Month, we must remember to fight the good fight and keep hope alive. Or as Loretta Devine said: “Be on time! And be on point.”

Here is a tribute to what Black folks can do on film.


Hollywood in Black and White

Check out a star studded cast including Whoopi Goldberg, Danny Glover and Oprah Winfrey in 1985’s “The Color Purple.”

Mahalia Jackson gave a powerful performance in the 1959 remake of “Imitation of Life.”

Sidney Poitier did an incredible job in 1967’s “Guess Who’s Coming to Dinner.”

Make Yours a Happy Home

Gladys Knight put on an award worthy performance in 1974’s “Make Yours a Happy Home.”

The legendary Lena Horne sang her heart out in “Stormy Weather” in 1943.

Who could forget such an incredible performance? Check out the talented Diana Ross in 1975’s “Mahogany.”