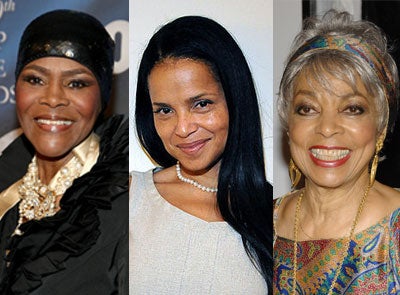 You would have thought I’d been stabbed in the neck with a ballpoint pen, I shrieked so loud.

“Not ‘All My Children’!” I exclaimed over the phone to one of my best gal pals and sister “A.M.C.” devotee. The news sent me and all the other soap opera fans reeling: after 41 years on the air, ABC had pulled the plug on one of TV’s longest-running daytime shows, and, along with it, the ultimate drama queen, Erica Kane…

While I had literally seen myself reflected in the faces of the popular Black actors on the show — one of TV’s first Black super-couples, Angie and Jessie (played by Debbi Morgan and Darnell Williams), for instance — like many sistas, it was the indomitable Ms. Kane — aka Susan Lucci — who had my heart. The Emmy-winning star, who’s been filling Kane’s stilettos since before I was born, breathed life into the only soap opera character I know to get hip-hop props: Lil’ Kim has long referred to herself as “The Black Erica Kane,” and the late R&B singer Aaliyah wrote a whole song about her. Her appeal is obvious: she’s fierce, fly, fabulous and always gets her man.

Even Oprah has shown respect: In February, the Queen of Daytime TV passed her scepter to its Princess, reuniting Ms. Kane with all eight of the men she’s married on the show — a feat only Elizabeth Taylor got away with in real life.

And wasn’t the point of flipping-on Erica and Co. at noon — along with other legendary soaps like “The Young & The Restless,” “General Hospital,” “One Life to Live” (also, recently axed) and “Guiding Light” (R.I.P.) — to escape from real life? Just for one hour — to forget about the bills, the screaming kids, the laundry and the drama at work or school?

Thank God for the VCR. Without it I would have surely missed some critical moments, like in 2000 when Erica’s terrified daughter, Bianca, told her man-eating mama she was a lesbian; or the drama that ensued when the vixen came face-to-face with another daughter, Kendall — the product of a rape — in 1993. And who could forget when a loopy Erica hit rock bottom in 1996 after becoming addicted to painkillers? A “friend in my head” — to borrow a phrase from Wendy Williams — since middle school, I distinctly remember asking myself, “What would Erica do?” when staring down this chick who wanted to jump me over a boy in the 8th grade. Although we didn’t come to blows, I felt like I could take her — just like Erica would have.

Now, the O.G.s of daytime — the Erica Kanes (“AMC”), Reva Shayne Lewis’ (“Guiding Light”) and Marlena Evans Blacks (“Days of Our Lives”) — have been edged out by the cat-fighting women of “The Real Housewives of Atlanta,” “Love and Hip Hop,” and “Mob Wives.” But it’s because of the neck-rolling, finger-popping blueprints they created that these shows have been so successful. So hats off, to you, Ms. Lucci, and the rest of the cast of “All My Children.”  When you take your final bows in September, I’ll be watching.