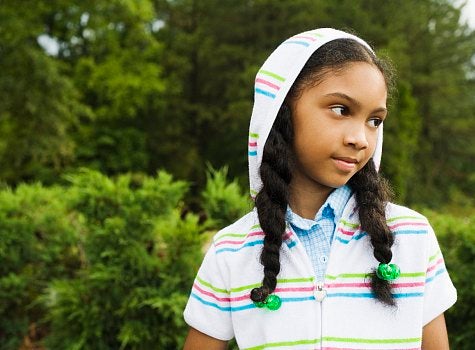 An 8-year-old African-American girl at Thurgood Marshall Elementary School in Seattle, Washington was removed from her classroom after her teacher said her hair product was making her sick. The offending scent was Organic Root Stimulator Olive Oil Moisturizing Hair Lotion. Naturally, the child’s parents were “infuriated” when they learned that their daughter, the only Black student in the advanced-placement class, had been sent out of the classroom because her teacher took issue with her hair. They have since kept her out of school for two weeks. Charles Mudede, the girl’s father, told the Seattle Times that the school should have used, “a little more cultural sensitivity in this issue.” Children need to know that they’re accepted, celebrated even, for and despite of their differences, especially by teachers. The girl’s teacher did not consider the unwarranted embarrassment she might cause her student by singling her out and drawing negative attention to her hair — a natural physical trait.  Mudede said he has spoken with his daughter about her looks and encourages her to embrace her natural curls instead of choosing to straighten her tresses to resemble her White classmates. He has sought the council of a lawyer and is hoping to organize a meeting with the school district. The NAACP has also gotten involved, declaring that it would file a complaint with the U.S. Department of Education.  Referring to the law suit, Mudede told the Seattle Times, “It’s the last thing I wanted to happen. …But you get bloody angry. It’s infuriating.” What would you do if this happened to your child?