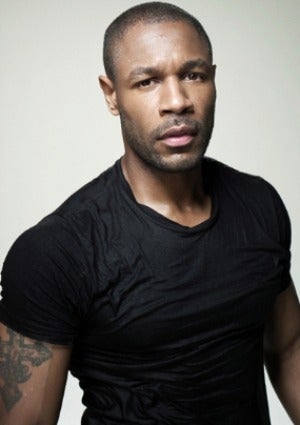 It’s been almost 10 years since Tank made his splashy debut with “Maybe I Deserve.” Today, he drops his fourth studio album, “Now or Never.” This time around he reveals that he’s no longer angry, and he’s ready to make love again. See what the R&B veteran had to say about his new music and who he’s in love with these days. ESSENCE.com: What can we expect this time around with your new album? TANK: You can expect to bob your head a little bit. We’ve got some tempo tracks. We got some good R&B with some cool and happy moments. Not so sad and beat up like Sex Love and Pain. But we actually surviving and we thriving now. ESSENCE.com: Who did you team up with on the album? TANK: Drake and I did a song called “Celebration” together. LaToya Luckett, Chris Brown… and me and J. Valentine did a record a together. I might have to showcase my friendships on this album. It’s a first for me, I’m a stand-alone kind of guy, but I got some friends out there. ESSENCE.com: What song on your new album speaks to you the most? TANK: Probably “Keep it One Hundred.” I definitely think that’s the conversation piece. It’s one of those songs that makes you talk. It’s one of those relationship songs where the men will be on one side and the women will be on another and it’ll go back and forth all night. It’s about how men aren’t keeping it one hundred and women aren’t doing it either. It’s going to be this big thing over this record. I like making records like that. It makes people think and take inventory on what they’re doing. ESSENCE.com: We know you’re a songwriter and wrote most of the songs. Is there a subject you write most on? TANK: I don’t. It just depends on where I am and what I’m going through at the time. For “Sex, Love and Pain,” I was brokenhearted, so you got the heartbreaker. I was very mad at the person that broke my heart. Now, it’s totally different. It’s a celebration, a new deal, a new everything, new people in my life. Let’s make love, I’m happy enough that we can get together and share bodies. ESSNENCE.com: Are you in love with someone in particular? You mentioned that you’re writing about joys now. Is someone special making you happy? TANK: I’m always in love… I have to say, I’m very happy in general. Everything surrounding me is helping to contribute to my happiness. There’s a lot of love in the air.