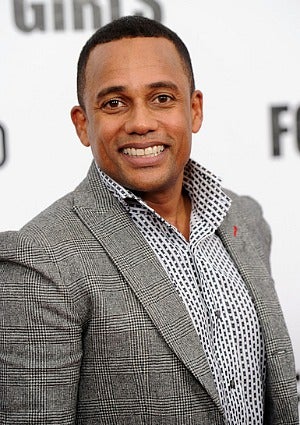 Hill Harper doesn’t claim to be a relationships expert, yet many ESSENCE readers swear by the findings in his book, “The Conversation.” Harper says he simply connected the dots between the “macro problem with the destruction of the Black family” and the man in the mirror.

Harper set off on a quest of self-examination and investigation into the greater community, which manifested in his now popular book. We caught up with the actor, who shared his findings on sex versus intimacy, dating, and men breaking the cycle of being players…

ESSENCE.com: You’ve mentioned that there’s a difference between sex and intimacy. What is the difference?
HILL HARPER: You can have intimacy without sex. Intimacy can be about holding someone’s hand. It could be about stroking their hair. There are ways to be intimate with someone intimately that don’t involve sex. Often times people confuse the two and often times what people want deep down is intimacy, but in their minds, they use sex as a way to try to get that and then in some cases feel unfulfilled because the sex isn’t really intimate. It’s important to be clear about the difference. Then you’re able to ask, “Well what am I getting? Am I being intimate with this person or is it just sex?” Obviously you’d like to have a relationship with all of those elements, meaning you have intimacy, you have sex, and you also have sex with intimacy.

ESSENCE.com: You mention three steps in “The Conversation” — the conversation with yourself, one with your partners and one with your community. What’s the hardest step?
HARPER: By far the most difficult is being honest with yourself. When I was doing research for the book, I interviewed [women] and I would have them fill out a form about who they were. I asked them to really be honest with themselves. Then three or four sessions later I’d ask them what they wanted [in a man] and they’d say, “I want a man who’s on my level.” I’d ask them to write out what they wanted and they basically would sketch out a man that’s Denzel Washington meets Barack Obama meets Tom Brady. Then I’d break out the piece of paper where they described themselves and say, “I thought you said you wanted a guy on your level?” She’d say, “That’s right, I do.” and I’d say, “This guy clearly doesn’t have any of the flaws that you have.”

ESSENCE: In the book you also write about women attaching heaviness to dating. What is that heaviness?
HARPER: What I’ve found in doing research is that men want a relationship that feels fun. In other words, they want a relationship that has qualities or elements of their same-sex relationships — just like women do too. There’s something deep down in you that wants the same type of free, intimate, fun [relationship], but somewhere there’s baggage that keeps you from being that light with him. I’m telling women take a look at your heaviness versus lightness quotient and bring that lightness.

ESSENCE: What can men do to break the cycle of being the player that you talk about?
HARPER: We as men have to stop giving permission to other men to act foul, [which] in part feeds into the heaviness of women because they feel suspicious, duped and cheated on. The more we give permission to do those things the more we are injuring women and it feeds into a vicious cycle. We’re at a crisis level in terms of our relationships that we have to start getting into each other’s business.


Get more of Hill Harper’s insight into relationships via Twitter at twitter.com/hillharper.