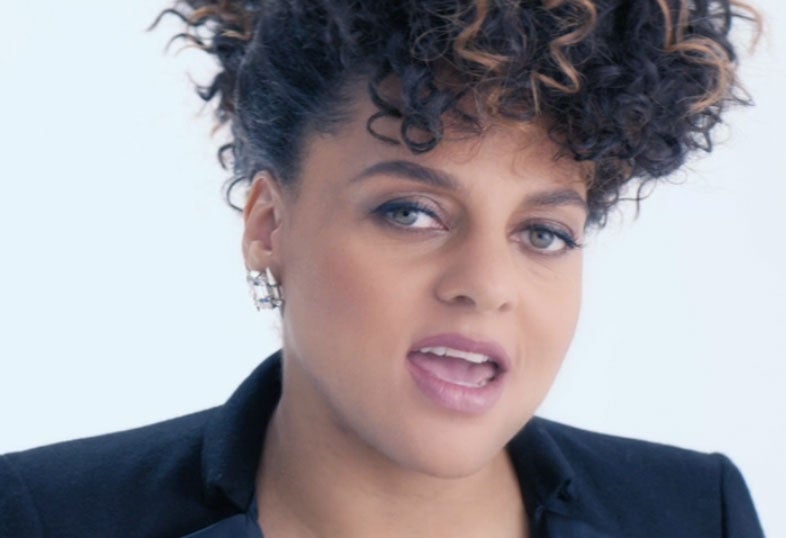 If you haven’t seen British-born R&B singer Marsha Ambrosius’ latest video, chances are you’ve heard it discussed on blogs and social media. In “Far Away,” the former Floetry frontwoman tackles homophobia in the Black community. On the eve of the release of her debut solo album, “Late Night & Early Mornings” Ambrosius spoke with ESSENCE.com about her motives for the buzzed-about video, and whether Floetry is really over.

ESSENCE.com: What made you decide to tackle homophobia in “Far Away”?
MARSHA AMBROSIUS: I wrote the song in February of 2008. A friend of mine had just attempted suicide and it was difficult to maintain a friendship with someone who had completely lost themselves. You feel helpless in that instance, so when I heard the music for “Far Away” in the studio, it just made sense. The song came easily. In doing the video it was only right to be as honest as we could be with the subject manner. It’s something that a lot of people are going through.

ESSENCE.com Was there ever moment where you worried about showing two gay Black men in an R&B video?
AMBROSIUS: Those were after-thoughts. I’m a Black woman, so I’m not gonna go out of my way to pick my two White friends to play these characters. I didn’t even put two and two together in that sense until people were like, ‘Do you understand that you used two Black males?’ and I’m like, ‘Why wouldn’t I? I want to depict what’s going on in my backyard.’

ESSENCE.com: What’s the response been like?
AMBROSIUS: Overwhelming. Positive or negative, it’s getting people talking. I didn’t realize that two Black men had never been seen in a light as just having an open, loving relationship in a video. Because they were my friends we could be in the house laughing and drinking wine, and that’s so normal to me I forget that the real world exists outside the front door so I just wanted to show two people who were like, ‘Okay, we’re out, we love each other and that’s all that matters.’

ESSENCE.com: Tell us about your debut solo album, “Late Nights & Early Mornings” which comes out in February.
AMBROSIUS: It’s beautiful, it’s honest, it’s real. You can listen to it from beginning to end. I love my album. I wrote and produced the majority of it, and I had Alicia Keys co-write and co-produce a song with me. There’s a song on there that Lauryn Hill wrote, Dre & Vidal wrote “Say Yes,” and Rich Harrison.

ESSENCE.com: You’ve worked with a lot of the same people you worked with on Floetry. Is the group really over?
AMBROSIUS: Oh yeah, Natalie left to pursue a solo and acting career so Floetry is dissolved. It’s over. It’s two real people that go two different ways in life. Before we were a group we were friends, and three albums in, of course you’d want to pursue other things. Much love to her, but we haven’t been a group, nor spoken, for a while now. There’s no love lost though.