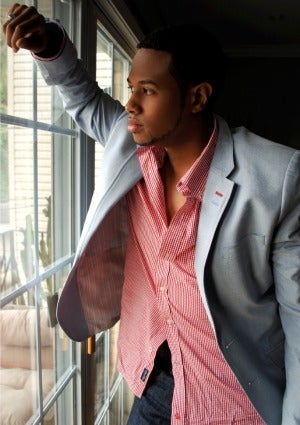 It’s been six years since Anwar Robinson made his debut on “American Idol.” He landed at number seven, but that didn’t stop him from leaping into a multi-faceted career, tapping into acting, charity work and more.

Today he’s back with his debut CD and he’s stronger and more passionate than during his “Idol” days. Check out what he had to say about his new album, “Everything,” plus making an impact after “Idol” and more…

ESSENCE.com: Tell us about your journey since “American Idol.” Catch us up on all things Anwar.
ANWAR ROBINSON: Of course the Idol tour was in 2005 after the television show came to its conclusion. We went on tour to 43 cities in the U.S. and Canada. I came back and wrote some original material and started to get my demo together. Around 2007 I got a call asking me to audition for the national and international tour of the Broadway play “Rent.” I ended up booking the gig and playing Tom Collins for about a year. During the tour I filmed an independent film, “Friends and Lovers: The Ski Trip 2.” Then I was asked to audition for a regional theatre production of a Broadway play “Godspell” and they cast me as the lead. Fast forward to 2010 when I recorded my album “Everything.” Here we are, I’ve done a lot of workshops, volunteer work, speeches and supporting other artists, I’ve been doing a little bit of everything since “Idol.”

ESSENCE.com: Jennifer Hudson, Fantasia and many others have taken “American Idol” and used it to launch into fantastic careers. How will you make your mark as a fellow past “Idol” contestant?
ROBINSON: The most important thing to me is establishing a legacy. I want to be reknowned for bringing relief to education. When I say “relief,” I mean adding fun components to education for children. What we don’t realize as a people is that there is musical intelligence and artistic intelligence that will help make a more well-rounded individual. It will help problem-solving skills and bring up self-esteem. It’s a vehicle that I think we’re missing out on as a nation. That’s my main focus but my passion, my love is performing — being in front of people, singing, telling stories through song. This album is for everyone and it tells real stories about love. I want legacy to be a musician that takes my artistry and makes the world a better place.

ESSENCE.com: “Everything” will be an introduction or a reintroduction to you for some people — how would you describe it?
ROBINSON: I would encourage them to relax, sit back and enjoy the ride. They’ll laugh a little bit, cry, feel at ease. It takes you to a lot of different situations that people can relate to. I want people to know this is really who I am. When you hear this music you’re really hearing every bit of my heart. From my heart to your heart. It’s a direct message and I want people to feel connected to what I’m saying. It’s a love album.

ESSENCE.com: Which song off your new album would you say speaks to who you are?
ROBINSON: Immediately when I began to think about this album, it was “Push” and “Everything.” “Push” because that is my life’s story — even in the discovery of me being an artist, to being a teacher, going through all these different roles. Every job I’ve had, I’ve seen a purpose in it. It’s to keep pushing to the next level and never become complacent. That song speaks to my spirit and what speaks to my heart is “Everything.” It’s called “Everything” because of the way that you grow to love someone, you grow to love everything about them — the good, bad and indifferent. In my experiences with love, you love with everything that is inside of you.

ESSENCE.com: You sing a lot about love, who is making you sing with such inspiration?
ROBINSON: For a long time, I knew what my purpose was in life. My purpose is to make people’s lives better through music. I’ll say music was the one thing I could always depend on to bring me through rough times. I’ve decided that with music, after I complete the goals I have in life that I can actually begin opening to that pursuit. But up to this point it’s been me and music, for like 20 years.