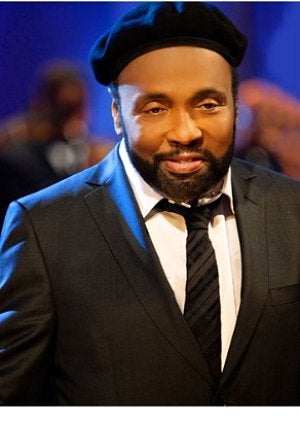 Known as the “father of modern day gospel,” Andrae Crouch, has been churning out hit songs for over three decades — so many, that he’s been nominated for an Oscar, won multiple Grammys and was inducted into the GMA Hall of Fame. Now the legendary singer is coming out with his 18th album called “The Journey” and hosting a choir competition.

Crouch spoke with ESSENCE.com about his stellar career, new album, and his nationwide choir competition.

ESSENCE.com: Your new album, The Journey will be available May 17, 2011, and your new single, “The Promise,” debuted on February 15. Tell us about your new album, the first single.
CROUCH: The new CD is exclusively at Walmart and also at iTunes and Amazon. When you buy this CD you get the performance with a full orchestra, the sheet music, a performance track and then you also get the song. When our father used to go out of town he would say, “When I come back. I promise I’m going to bring you a big huge candy cane.” The key of that is that there is a promise that God gives us. And the promise is that God will never leave or forsake you. With all the things going on, we’ve been watching CNN and seeing what’s happening there, seeing what’s happening in Iraq and in our cities, states and cultures, but when He says I’ll never leave you or forsake you, that’s the ultimate promise.

ESSENCE.com: You’re also holding a choir competition called “The Promise.” What made you decide to do a choir competition?
CROUCH: The purpose of this contest is to find gifted and talented young people that love God. They might take this arrangement and take it to a whole other different level. The purpose of that is to give them an opportunity to be mentored by an Andrae Crouch and to share what it takes to do what you do for as long as you do it. It’s open to United States, Puerto Rico and Canada.

ESSENCE.com: Besides the album, what other projects do you have in the works?
CROUCH: A documentary about my life. You’ll see where we started, from the cleaners to the small church to the storefront church where God has taken him to Carnegie Hall.

ESSENCE.com: You started your singing career in the church, and were largely influential in the Christian Music movement of the ’60s and ’70s. When did you realize you could sing gospel music as a career?
CROUCH: I never did really. I just made records and went to church. It just happened, I think. We’re in the Valley, 30 miles from L.A., it’s called the San Fernando Valley. Our church is a place that we adore. It’s not a mega church, but it’s a place where people love God. When my father and mother passed away, they voted us to be pastors, which made it difficult to travel.

ESSENCE.com: You’ve had a great career — won eight Grammys, six GMA Dove Awards, among a host of others. What do you think has made you so musically successful?
CROUCH: I don’t know. Maybe because I didn’t have a musical traditional style. We lived out here in the Valley so we didn’t get a lot of the hip things, so to speak. Many times I would bring my friends to church. They would be Jewish friends, and I remember the choir was singing something like, “He brought me from a mighty long way.” They would ask me what does “he brought me a mighty long way” mean. I would rewrite it and change the lyrics right there. Then when I wrote songs I would stop doing the typical. Not knowing I was establishing something. I just wanted to bring my friends to church, and for them to understand what the music was saying. I wasn’t setting out to create something new.

What is your favorite Andrae Crouch song?