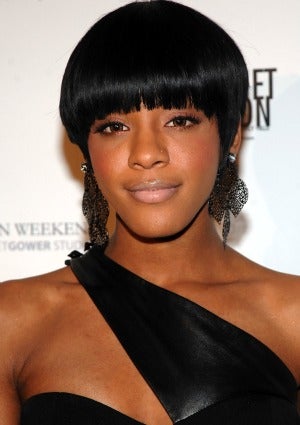 The latest solo releases from Diddy Dirty Money’s Dawn has the blogosphere ablaze with Dirty Money breakup rumors. But with all the whispers, it’s hard to tell truth from fiction.

ESSENCE.com sat down with Dawn Richard to get the real story about her solo mixtape release, “A Prelude to “Atelltaleheart,” how Diddy and Kalenna feel about it, and those pesky Dirty Money breakup rumors.

ESSENCE.com: What made you decide to do a solo mixtape?
DAWN RICHARD: I had an amazing six years — a lot of ups and downs. But I never had the opportunity to voice my feelings about a lot that went on. This industry tends to want to limit your talents, and I won’t allow it to. So I decided to finally let all my emotions out with no reservations. No one telling me how to sing or what to sing. The direction is honesty. Rawness…singing from the soul.

ESSENCE.com: What is the difference between your sound on the mixtape and what we hear from you with Diddy Dirty Money?
RICHARD: The only difference is it’s just me singing. Both projects are raw and vulnerable. Diddy Dirty Money is still me, just shared with amazing people. “Atelltaleheart” is just me; my journey, my pain, my redemption.

ESSENCE.com: Do you have a favorite song on the mixtape?
RICHARD:  ”Bulletproof” means a lot to me. I wrote it after Hurricane Katrina. “Broken Record” is a favorite because of the storyline. The first verse is in the woman’s perspective and the second verse is in the man’s perspective; but all of it is told by the woman.  ”Champion” speaks volumes. I don’t want just a man. I want a champion.

ESSENCE.com: How did you break the news to Diddy and Kalenna? Are they supportive?
RICHARD:  We came into Dirty Money knowing we would be able to do more in the industry not only as a group, but individually. Diddy doing the Bogati Boys, and Kalenna writing for artist — we want to take over the world. And we support each other mostly because we know the amount of talent each person has to offer this music game.

ESSENCE.com: A lot of people feel that this may be a sign that you’re unhappy with your role in Diddy Dirty Money. Are you planning to leave the group?
RICHARDS: That’s people being people. I already been through that dumb nonsense. Dirty Money will be on tour at the end of March. I can’t wait!