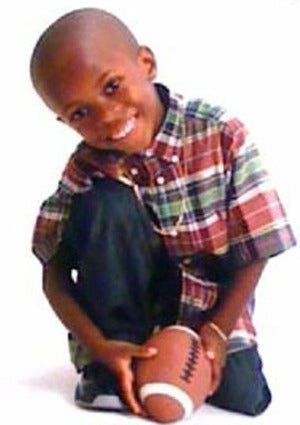 The New Year should be a time filled with resolutions of living a happier life in the 365 days to come. But for one Atlanta family, this past New Year’s Eve will be filled with sad memories of loss, as a four-year-old boy was shot and killed by a stray bullet, while in church. According to the Atlanta Journal Constitution, Marquel Peters was most likely hit by the bullet of a rifle, fired in celebration of the New Year.

Peters was playing with a video game and waiting, with his mother, for a 12:30 a.m. concert to start at Church of God of Prophecy, in the Decatur area, when he was shot. He was taken to Children’s Healthcare of Atlanta at Egleston, where he died.

Ballistics expert Kelly Fite told AJC that an AK-47 is the probable firearm that was used in the shooting, as the rifle is “the most prolific [weapon found]” in the area. Fite also said that it’s likely that the shooter doesn’t even know that his or her bullet struck and killed the boy, as it is possible for the bullet to hit a target two to three miles away. The shot was not made straight up in the air, however, Fite pointed out, as it would have landed closer to the shooter. The AJC reported that the bullet traveled through the roof of the church.

Our hearts go out to Peters’ family.