Screen veteran Viola Davis has had a phenomenal year, thanks to her role in “The Help.” Our August ESSENCE cover star, Davis has been nominated for a Golden Globe for Best Actress, and is currently enjoying the new found joy of mommy-hood after adopting daughter Genesis in October. 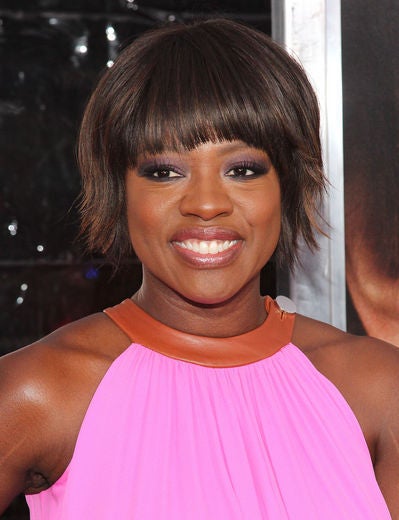 Kelly Rowland is the latest Destiny’s Child member to finally have her own breakout year after Beyonce. The singer sizzled with the hit song, “Motivation,” which topped R&B charts. Not to mention she became a judge on “X-Factor UK” and the face of Sean John’s “Empress” fragrance. 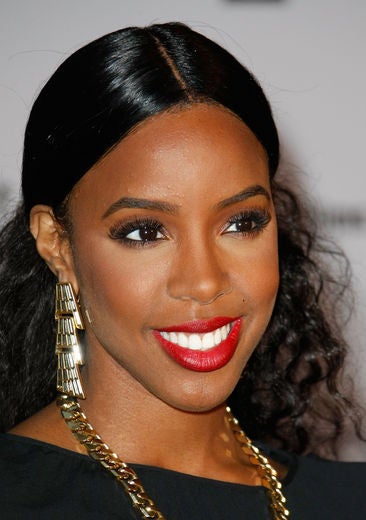 Octavia Spencer made her film debut in 1996, but it was her role in “The Help” this year that had everyone paying attention. She recently won a “Best Supporting Actress” award from the African American Film Critics Association (AAFCA) and is nominated for a Golden Globe. 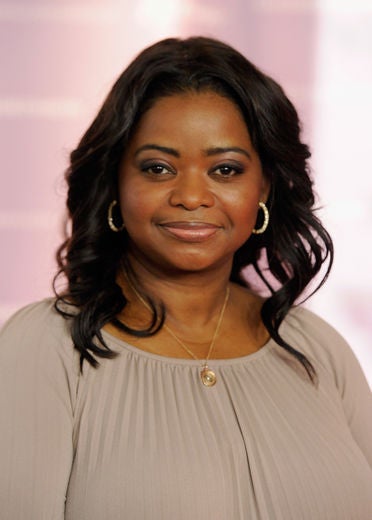 Rihanna was the reigning princess of pop in 2011. Not only did she have three number one songs, her latest, “We Found Love,” broke a record for most number one singles by a solo artist when it became her 10th song to top the Billboard charts. 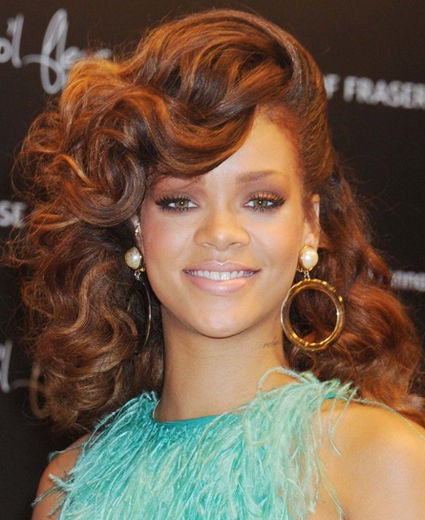 The hilarious and down-to-earth Tasha Smith was ESSENCE’s December cover star. Her year has been filled with highlights, including the movie, “Why Did I Get Married Too?” and her new show on TBS, “For Better or Worse.” 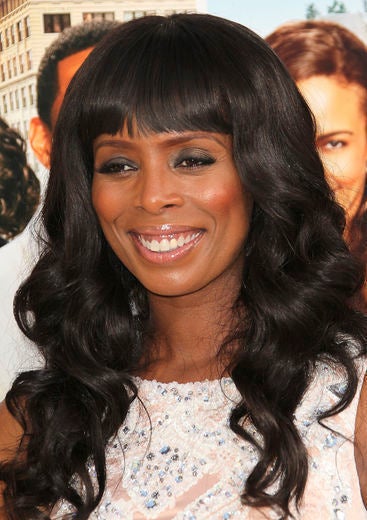 Hip hop’s own “Barbie” dominated the charts, and pop culture, in 2011. Her debut album “Pink Friday” was certified platinum in June. Her outfits from the video “Super Bass” were the most Googled Halloween costumes of 2011, according to the New York Post. To top it off she was named Billboard’s “Rising Star” of 2011. 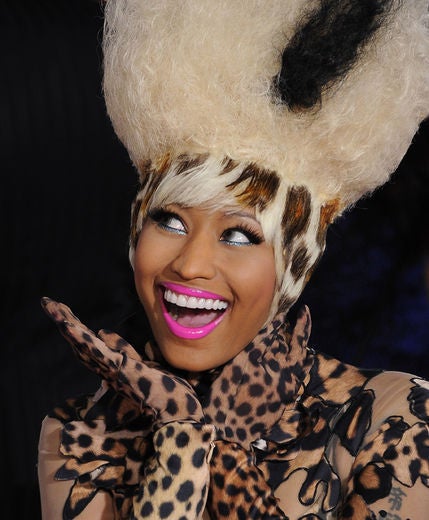 Now a veteran in the music industry, singer Ledisi finally had her breakout year when she released her 4th studio album “Pieces of Me,” which became her most successful offering to date. She also launched her first solo tour, and snagged three Grammy Awards. 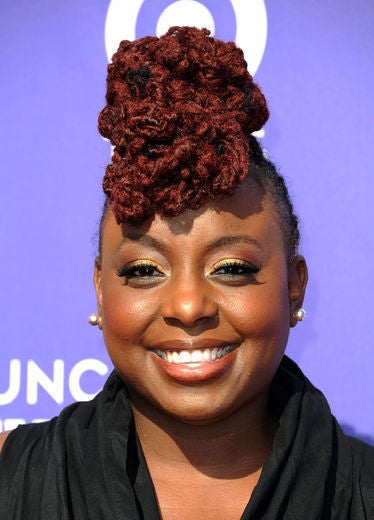 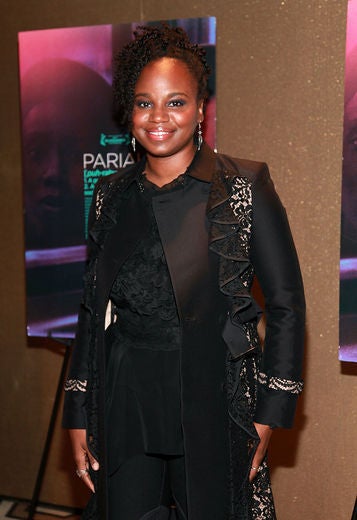 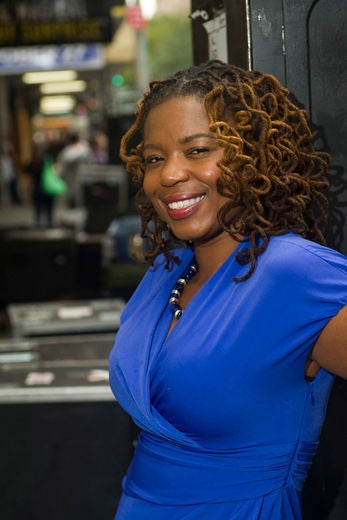 New mom Paula Patton is having a great year. She starred in the hit romantic comedy “Jumping the Broom” earlier this year, and is currently starring opposite Tom Cruise in “Mission Impossible: Ghost Protocol.” 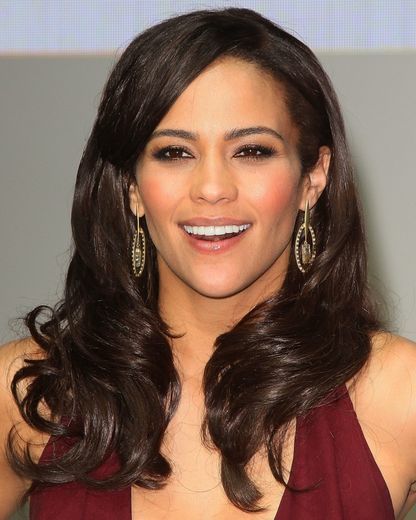 The British singer is one of the most talked-about artists of the year. Her accomplishments? Her album “21” sold over 3 million copies, going quadruple-platinum, she was nominated for six Grammys, and Billboard named her the Top Artist of the Year. 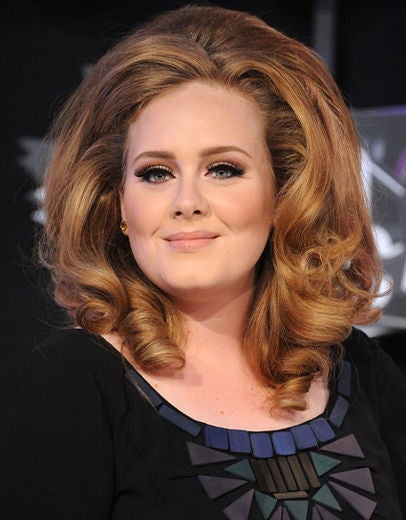 “Braxton Family Values” star Tamar Braxton may have a famous older sister (Toni Braxton), but she’s all reality junkies were talking about in 2011. So popular was Tamar that she scored her very own reality show. 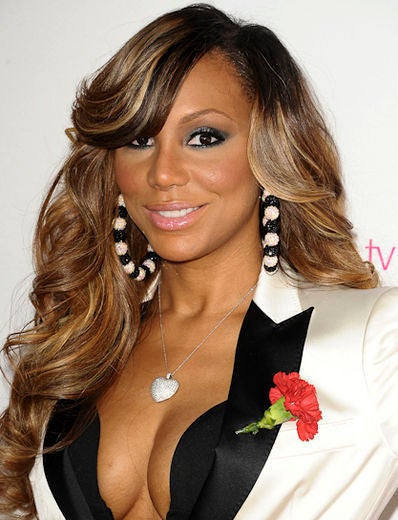 A newcomer in the rap game, J.Cole made quite the debut when his album “Cole World: The Sideline Story,” which sold 218,000 copies during its first week and landed him at number one on Billboard charts. His effort also earned him a Grammy nomination for best new artist. Not bad for a newbie. 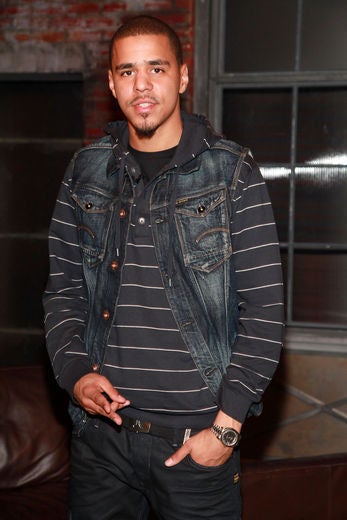 Kandi Burruss has definitely had a breakout year. The “Real Housewives of Atlanta” star developed her own spicy line of sex toys, a spades app for iPhones, and her own reality show, “The Kandi Factory,” which will air in 2012. 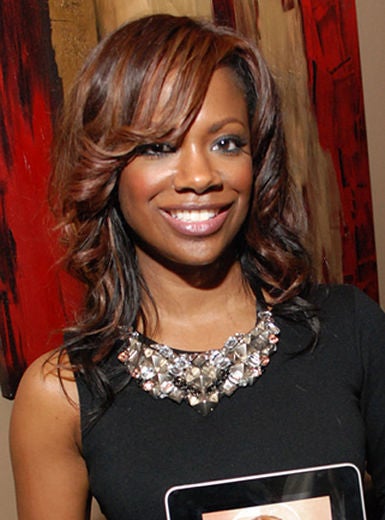 Though he’s been making music for over 15 years, 2011 was the year that plummeted Cee Lo Green into the mainstream spotlight. His third solo album “The Lady Killer” earned him three Grammy nominations. He also became a judge on NBC’s “The Voice.” 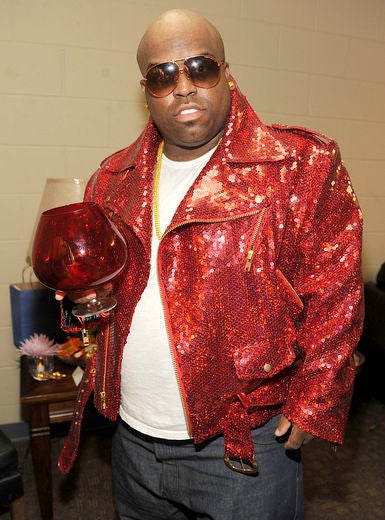 LaLa raised the bar for reality stars this year by starring in her first Broadway play, “Love, Loss, and What I Wore.” Her reality show, “LaLa’s Full Court Life” was also renewed for a third season. 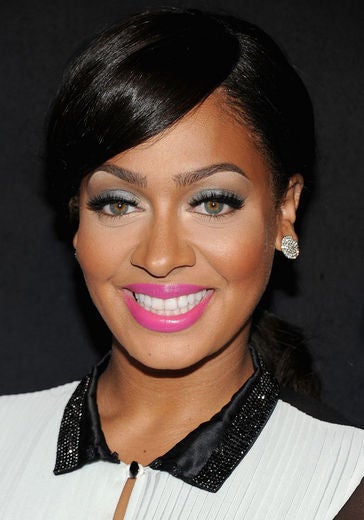 Jill Scott’s fourth album, “Light of the Sun,” became her first album to debut at number one on the charts. Go Jill! 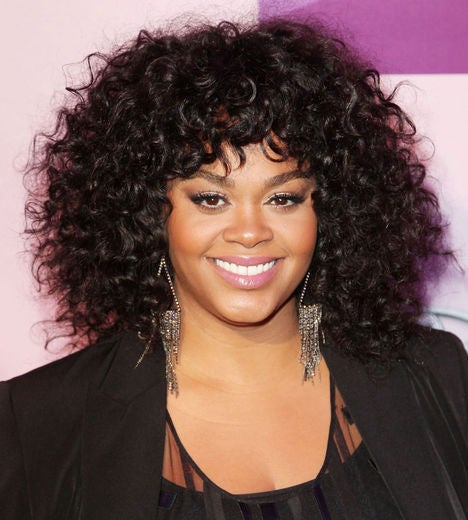 Miguel has had hit after hit in 2011, starting with “Sure Thing,” and ending with “Quickie.” His album “All I Want Is You” certainly ran the range of emotions, and earned him lots of buzz. 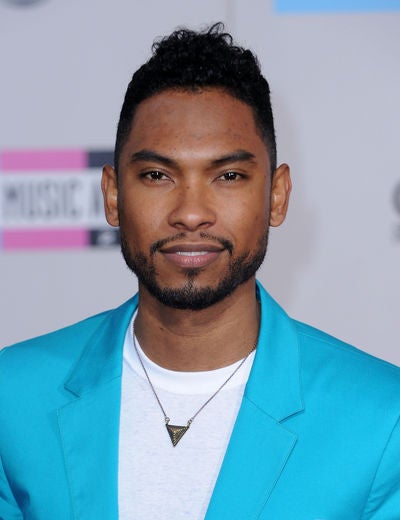 The year’s most exciting new singer and songwriter (he wrote Beyonce’s “I Miss You” among others), Frank Ocean’s eclectic R&B earned him enough buzz to get a call from Jay-Z and Kanye West, who featured him on two songs on their hit album, “Watch the Throne.” Judging by the success of his mixtape, “nostalgia: ULTRA,” Ocean’s debut album in 2012 will be well worth the wait. 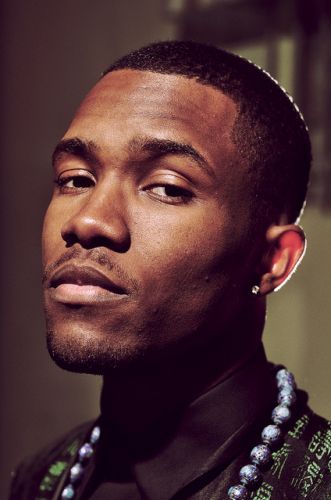 Actress Tika Sumpter smoldered on screen this year. She was the new “It” girl in both “Gossip Girl,” and “The Game.” We can’t wait to see what 2012 has in store for the starlet. 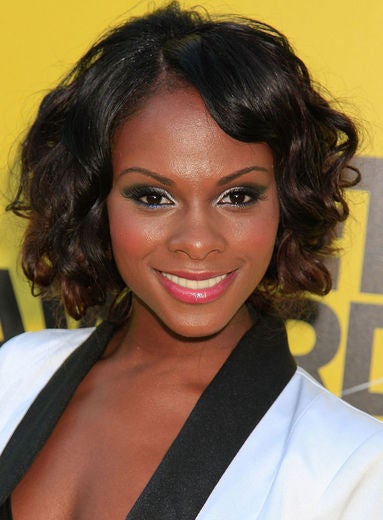 His second album “Future History” made singer Jason Derulo more visible in 2011 and certified him as a star to watch. 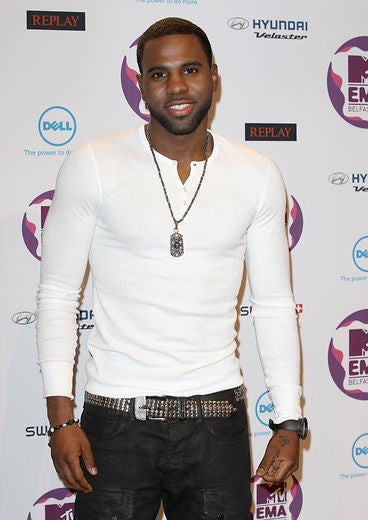 Former Floetry frontwoman Marsha Ambrosius made her mark in 2012 by releasing her debut solo album, “Late Nights and Early Mornings,” which debuted at number 2 on Billboard charts. Ambrosius also won a Soul Train Award for Record of the Year. 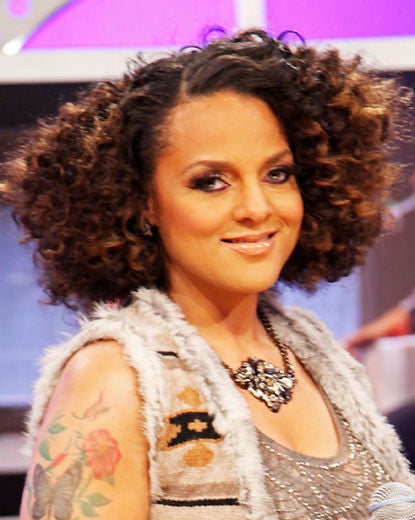 Poised to be gospel music’s hottest new star, singer Amber Bullock got her big break when she won BET’s “Sunday Best,” thanks to her jazz-inflected sound which earned her comparisons to Kim Burrell. 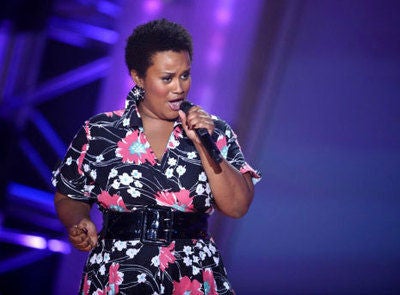 Love her or hate her, NeNe Leakes has given us plenty to talk about on “The Real Housewives of Atlanta" and “Celebrity Apprentice” this year. Thanks to reality TV, this sassy Southern belle is now a restauranteur, and proud proprietor of her own Miss Moscato wine. 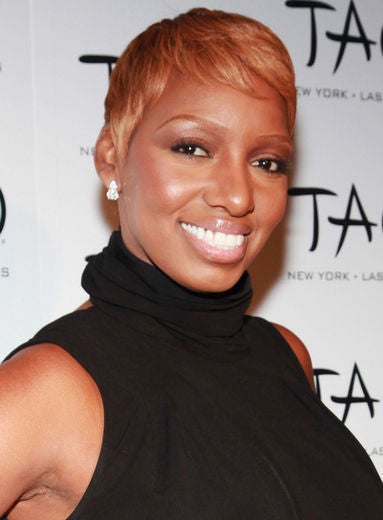 Terrence J has grown into quite the actor this year. The “106 and Park” host recently sizzled on screen in the TV series “The Game.” He’s also starring in the upcoming movie, “Think Like a Man.” We can’t get enough of his on-screen action! 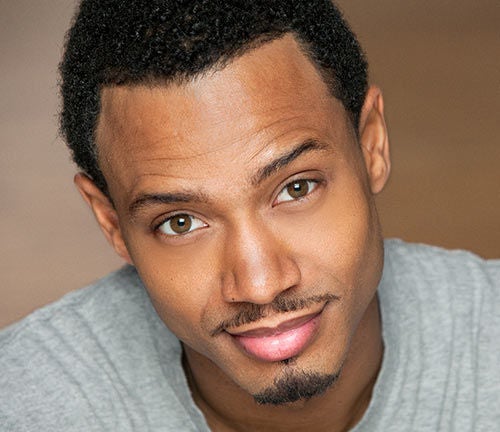 Jennifer Hudson’s tremendous weight loss allowed her to open her very first Weight Watchers center in Chicago. She also dropped her second studio album, “I Remember Me,” and performed at the ESSENCE Music Festival in New Orleans! 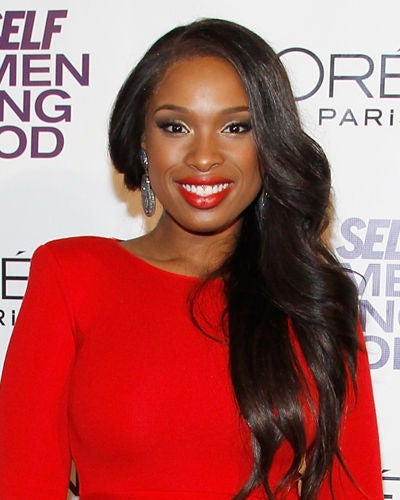 Chris Brown’s year ended on a positive note, with a successful summer tour to support his album “F.A.M.E”, and three Grammy nominations. 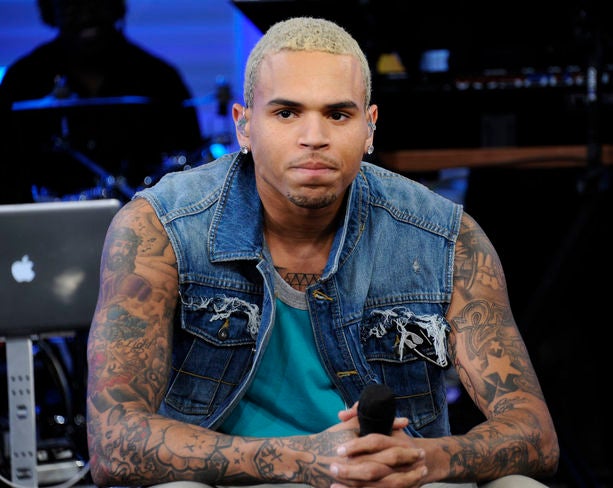 Niecy Nash had a lot to celebrate this year. She married the love of her life, hot rod Jay Tucker, and debuted her reality show, “Niecy Nash’s Wedding Bash!” 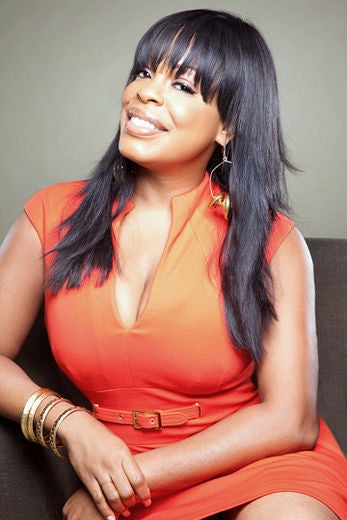 Betsy DeVos Compares Being Pro-Choice To Being Pro-Slavery