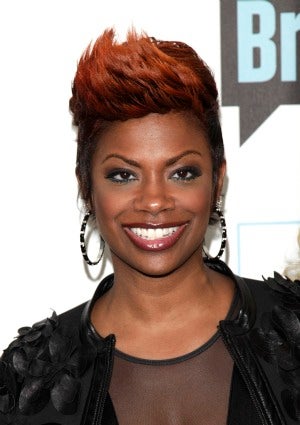 On the season premiere of “Real Housewives of Atlanta” Season 3, Kandi Burruss discussed a bet she had with her friend to abstain from sex for a whole year. When her new love interest, Baltimore Ravens running back Willis McGahee, asked, “Does that include oral sex?” Burrus said, “No, our bet does not include oral sex.” Which bring us to the question: Are you really holding off on sex if you’re engaging in oral? We let our Facebook friends chime in.  Here’s what you said: Romona: “Celibacy to me is when you and your special someone have no type of sexual contact — orally or sexually.” Deneen: Being celibate to me means no sex of any kind with the opposite sex and no masturbation, for that is considered self sex. Myquiche: “If Kandi can just engage in oral sex and nothing else then she is good. That’s a tease. it’s either all or nothing, honey.” Kelly: “She isn’t practicing celibacy if she’s getting or giving oral sex. That’s the bottom line!” Teneshia: “From what I understood, it was just a competition with her friend. She decided the terms.” CeCe: “The fact that the word ‘sex’ is in the term ‘oral sex’ should be a dead giveaway.” Angela: “Perhaps Kandi put that out there so that potential mates will know that she’s practicing some, but not total, restraint.” On her Bravo blog, Miss Kandi wrote, “One of my girls started this bet at the top of this year, and we said you can do anything but intercourse. Now when I made this bet I didn’t realize I would be sharing it with the world. And just because I can do everything but have intercourse doesn’t mean that I’m gonna do everything with everybody, okay! I got a million tweets about that statement.” Well, that settles it!