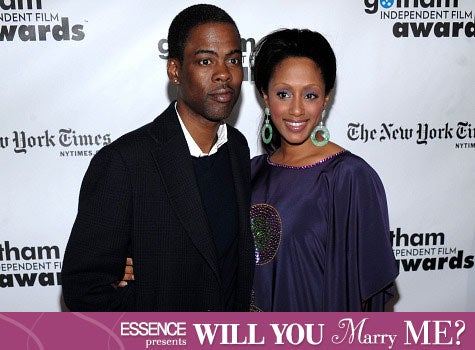 It’s safe to say that a lot of Black women are sensitive about the subject of high-profile Black men dating non-Black women, particularly of the Caucasian persuasion. While there are a lot of guys out there that are dipping into the white chocolate, AA Men’s blog, “Very Smart Brothas” wanted their sisters to know that a lot of successful Black guys are not looking to paler pastures.

Their blog post, “But When He Gets On, He’ll Leave Your A** For a White Girl…Or Not” lists a slew of black men in pop-culture who have chosen to date or marry within their race.

“If you just went by the impression pop-culture and the media gave us, it would seem like high-profile African-American men have a tendency to sprint to the first non-black woman they could find as soon as their numbers hit. even militant-a** Van Jones and Craig Robinson (Michelle Obama’s brother) have white wives. This seems to be ubiquitous.

Just to see how her perception truly jived with reality, i did an impromptu study of my own last night, looking at the black men currently on top of the pop culture food chain and who they’re in relationships with:

Lebron James–Black, umm, long-term [girlfriend], which is as good as a wife in Akron, Ohio.

I then thought of a few more uber-popular African-American men across various genres.

*in fact, i can’t think of ONE black male R&B or rap superstar that’s married to a non-black woman. not one.”

Ever considered dating outside of your race?