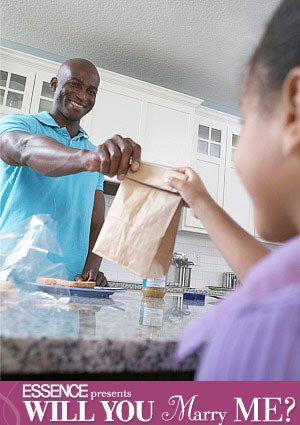 Last week we reported that according to a study conducted by the Pew Research Center the nearly, 25 percent of men have wives with bigger pay checks than they do and that women’s salaries are continuing to gain on their husbands earnings. According to NYTimes.com, this earning shift has had the positive effect of happier homes and fewer divorces. With wives working outside of the home more, and earning more, men are assuming more responsibilities in the household–doing chores that thirty or forty years ago were assumed to be the wife’s duties. Women are no longer looking for partners that will be able to support them and their families financially. Now they are looking for men who can support them emotionally. “While it’s widely believed that a woman’s financial independence increases her risk for divorce, divorce rates in the United States tell a different story: they have fallen as women have made economic gains. The rate peaked at 23 divorces per 1,000 couples in the late 1970s, but has since dropped to fewer than 17 divorces per 1,000 couples,” the article reads. The piece continues on to explain that as more women settle into their roles as main household breadwinner and many men become more involved in the household, there will be hurdles that couples must get over. Men battle with the social pressure to be the one who brings home the bacon. And women often don’t want to give up control of household tasks like doing the laundry the right way. While it may be difficult for couples to get on board at first, this shift is having a positive effect on relationships. “American couples who share employment and housework responsibilities are less likely to divorce compared with couples where the man is the sole breadwinner,” according to a study by University of Kent sociology professor Lynn Prince Cooke. It makes sense. With roles being blurred, men and woman can have more empathy for each other. Being the breadwinner is not easy and neither is being the homemaker. If they can share these duties, they can better understand each other’s struggles and triumphs. Meet our Will You Marry Me? couples as they prepare to combine their finances Read more about how the increase in earnings is affecting relationships. Learn 10 ways the recession can strengthen your relationship. New couples, get expert advice on how to combine your finances.