THE MYTH: No one wants to date a divorcée with kids.

Meet the Black Brady Bunch. Lia-Symone Yahya, 32, and her husband, Ferdinand, 32, set Facebook on blended-family fire with photos of their six children (his two, her two and two they had together).

As a divorced mom struggling to finish college, Lia-Symone had been afraid that love was beyond her reach. “I worried about being so young with kids,” she says. “I had never dated anyone with children before. I didn’t want to deal with any baby mama drama.” One day she came across childhood friend Ferdinand on MySpace. He was a single dad. After exchanging numbers, they realized they shared core values and had great chemistry. Nine months later they wed and committed to making a happy home with their kids ages 4 to 12.

Her struggle: “I met my ex-husband while in school. At 22 we got married because we had two babies and my family was putting pressure on me. I was miserable, and shortly after I left with my daughters. I used to watch my mom and my stepmom argue. I feared dating with kids in the beginning.”

Her breakthrough: “Two people must be willing to give it a try and get through things together. You want to know that this person is going to rise for you no matter what. My husband and I married for the right reasons. We’re best friends.” 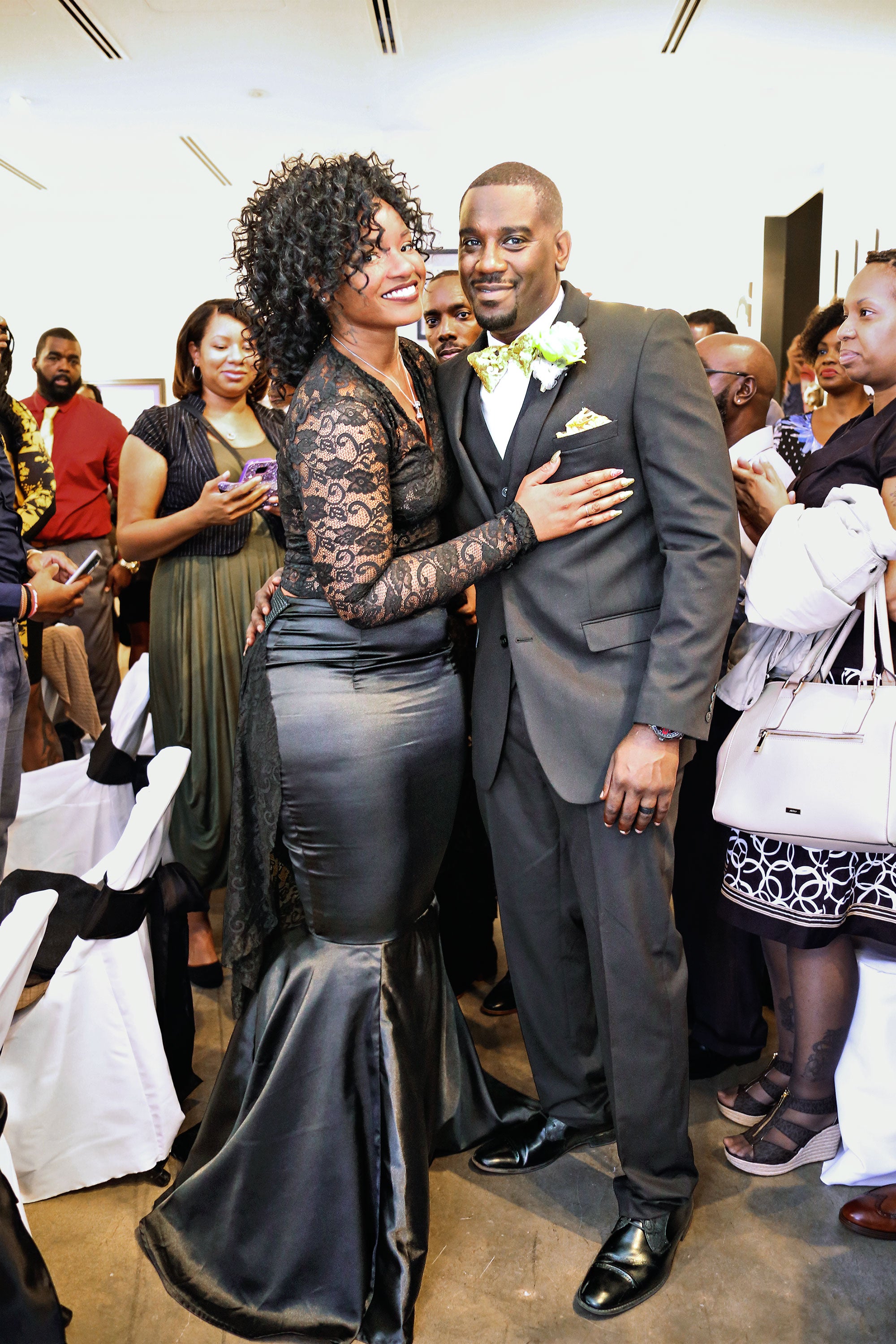 On October 1, 2016, Sherrell Woodward’s life changed in five hours. Her then boyfriend, Alfred Duncan, 41, surprised her with a proposal and a wedding on the same day. The video of her happy-crying on her way to the altar went viral (#ForeverDuncan). But fans didn’t see their backstory.

“When we first met, I was negative,” Sherrell, 32, recalls. “I was mean and very short with people. I didn’t have empathy for anyone.” A medical crisis and weight gain woke her up and she began to heal the darkness she felt inside. When she posted on social media about her weight loss and positive transformation, she received a message from an old acquaintance: Alfred. “I’m so proud of you,” he wrote. “I hope things are going well.” She responded with her number and he reached out. A friendship was born. When Alfred ended his previous relationship, he asked single mom Sherrell to go biking. “I fell in love with him that day,” she says. This time Sherrell was determined to let God lead her path. On December 31, 2015, she and Alfred decided to be celibate until marriage and to go to counseling before getting engaged. “We felt if we took sex out and put God first, then we would know that it’s real,” she says. Three years after reconnecting on Facebook, Sherrell and Alfred exchanged vows before God and their closest friends and family.

Her struggle: “In 2010 I had a baby and lost my business. Then I got sick, became an alcoholic and gained 120 pounds. I had a minor heart attack. The guys I dated cheated and used me, and I let them. I gave up on love.”

Her breakthrough: “I hid my insecurities to paint a perfect picture of a strong woman. I thought I could do it all by myself. That was insane. No one can live like that and be successful and happy.” 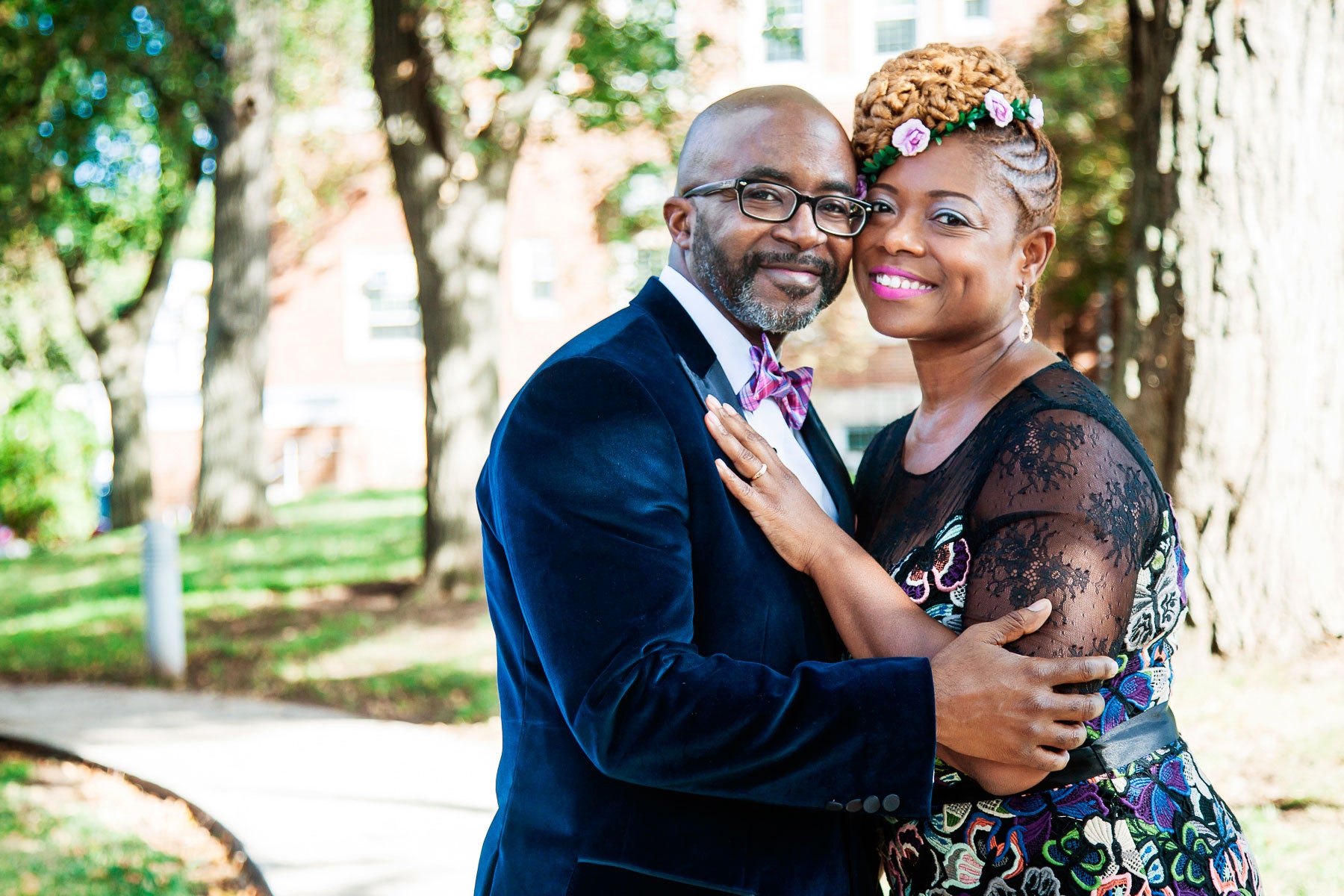 THE MYTH: If you’re too picky, you’ll end up alone.

After two failed marriages in her twenties, author and life coach Zara D. Green, 49, vowed to date only men who met all her standards, even if it meant going it solo. “I was waiting for The One,” she says. “It wasn’t even about the wait for me. I just kept busy living my own life.” Nearly 20 years later, her soul mate, journalist Alfred A. Edmond, Jr., 56, came into the picture. After meeting at a Black M.B.A. conference in 2009, the two became fast friends, speaking daily. In 2012 they launched grownzone.com to educate others on healthy relationships. They took it slow and dated for five years before tying the knot in 2015.

Her breakthrough: “Establish standards for your treatment! The man I allowed in my space had to be as clear about who he is and his needs as I am about mine. All I needed was one.”