By clicking Sign Up, you agree to our Terms of Use and that you have read our Privacy Policy
Skip to content
By Lauren Porter · Updated October 23, 2020
During the hot and humid days of summer, sometimes I like to hide out in my apartment and just read a good book. To escape the hustle and bustle of the daily New York City life, I throw caution to the wind, disregard my lengthy to-do lists and become enthralled in a fictional world. Most recently, I picked up Jasmine Guillory’s The Wedding Date. 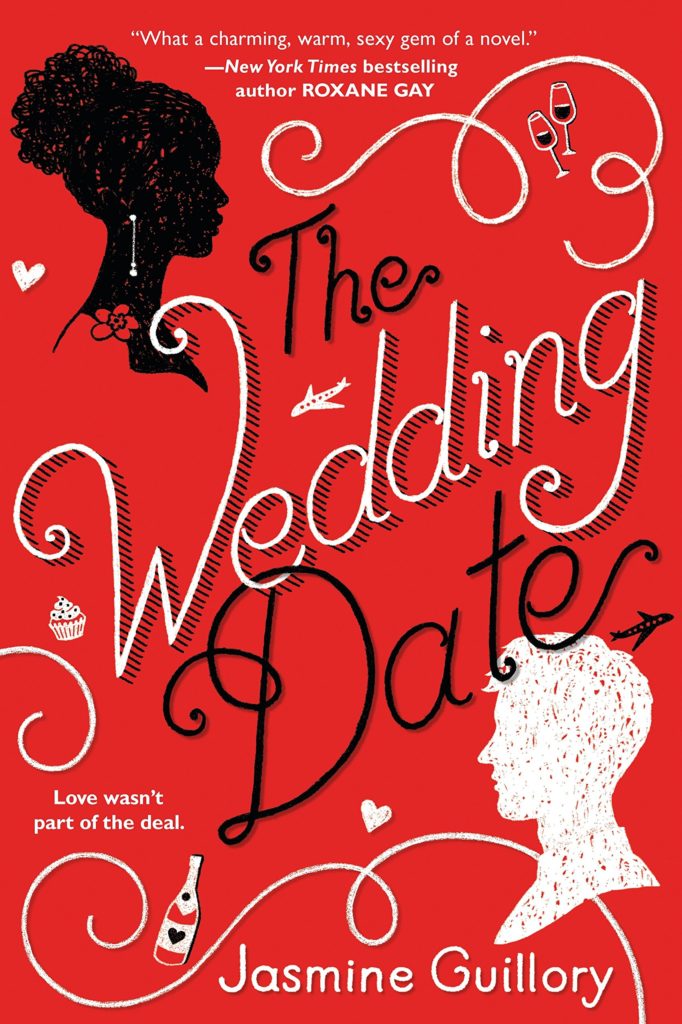 The 322-page-turner hit shelves in January when the former lawyer turned writer decided to put down her legal pad and pick up a pen to tell the story of Alexa Monroe and Drew Nichols. Within the first few pages, I could tell I would be hooked after a stalled elevator led to sparks flying between the two main characters who have demanding occupations and an even more intense attraction to each other. An invitation for a fake date to–you guessed it–a wedding seemed to be the start of a happily ever after, but of course, complications arise. As author Roxanne Gay aptly said in her review, Guillory’s debut is “a charming, warm, sexy gem of a novel,” and I couldn’t agree more. In fact, I became so smitten with Alexa and Drew’s love story that I read the book, from start to finish, cover to cover, in six hours. That’s right, six! Guillory (a Black woman!) did that, and here are five other reasons why I’m obsessed with The Wedding Date and you will be too: An important point of the plot was Alexa’s self-perception as a Black girl with a little meat on her bones. Not that her size is the center of conversation at all times, but as the lead female character in Guillory’s debut, Alexa’s fuller frame is a topic of conversation and confidence–right alongside her complexion and curls.

2. Drew has a healthy infatuation with Alexa’s intellect

As a pediatric surgeon, Drew has a pretty impressive career, so he isn’t intimidated when he meets Alexa–the Chief of Staff to the Mayor of Berkley, California. When Alexa focuses on a project that is close to her heart and sometimes takes her away from Drew, his ego isn’t bruised but rather, he becomes her biggest cheerleader.

With every great romantic novel, the main characters fall in love and of course, details of their sexual escapades are included. Alexa and Drew are of no exception to this trope. From Guillory’s descriptions, there is no shortage of heat between the two and the intimacy between them definitely made my heart skip a few beats.

Immediately after finishing the book, I wanted more of Alexa and Drew. I took my Twitter fingers to Google and was delighted to discover that part two of their love story would arrive on bookshelves and in my own personal library in October/ It’s safe to say that I’m counting down the days for The Proposal to become available for pre-order.

5. I think I could cast the movie perfectly

As I do with most books I read, I tend to cast the characters for the blockbuster film I want it to be in my mind. While I don’t know if there are any major networks in the running to get this novel on the big screen, if there are Mudbound‘s Garrett Hedlund should be the frontrunner for Drew and I’d die to see Teyonah Parris as Alexa. Ugh, someone from Hollywood just call me so I can help you make this happen. As if my singular love for The Wedding Date wasn’t enough, I told my best friend and frequent reading companion about it. She too is a member of The Wedding Date hive after closing the door to her office on a Monday and burying her nose in book and read it all in an afternoon! When I asked her thoughts after she was finished, she candidly shared: “It was a refreshing narrative in the romance genre that is more inclusive and representative of what a couple in 2018 looks like that also explores some issues that an interracial couple faces in the early dating stages. The author allows for the characters to explore those themes without it taking away from the overall story of the book.” So, if you’re looking for a romantic and somewhat comedic book to fall in love with as the summer whines down, I say, read The Wedding Date, and I promise you won’t be disappointed.