By Britni Danielle · Updated December 6, 2020
Like millions of people, I enjoy settling in to watch a good show. And while I stan for series like This Is Us, Queen Sugar, and Insecure, I also love grabbing a glass of vino and tuning in to the delicious messiness of reality TV. As Love and Hip Hop: Hollywood winds down (and the ladies of Married to Medicine continue to argue over trivial issues), VH1 blessed us with a new show to add to our guilty pleasure watch list: T.I. & Tiny: Friends & Family Hustle. Though I was excited to dive in, by the end of the first episode I was dismayed that once again, women are being encouraged — and congratulated! — to put their needs aside and suffer for the sake of supporting their man. The couple’s original series, T.I. & Tiny: The Family Hustle, ran for six seasons and gave the world a look at the inner workings of the Harris clan. But this time around T.I. and Tiny are not the lovey-dovey pair we once knew. Instead, they are trying to work on their marriage after tip toeing back from the brink of divorce. Although that would certainly make for compelling TV all on its own, this season the Harris family is joined by their daughter, Zonnique Pullins, and friends R&B singer Monica and her family; writer and Lil Wayne’s ex-wife, Toya Wright; Wright’s daughter, Reginae Carter; and singer and actor LeToya Luckett and her husband, Tommicus Walker. Given their very public relationship issues — rumors of T.I.’s cheating continue to abound — I wasn’t sure what to expect from the show. But instead of tap dancing around the issue of T.I.’s infidelity, the couple got right into as soon as the episode began when Tiny confronted her husband about a video of him getting a little too cozy with a woman this past summer. When Tiny asked him why he would do such a thing when they are supposed to be working on their marriage, T.I. tried to use his best Jedi mind trick to wiggle out of the situation. “I know that you are upset, but not with me,” he told his wife. “You are upset with the people who keep calling you and bothering you.” If that weren’t enough, instead of apologizing, T.I. went on to blame whomever posted the video to social media instead of taking responsibility for his own actions. Thankfully, Tiny rightly corrected him, telling T.I., “I’m upset with you. They wouldn’t be calling me if it weren’t for you.” By the end of the tense moment, however, the couple professed their love for one another as T.I. concluded, “The chemistry of you and I cannot be duplicated.” In a private moment, though, Tiny confessed she wants her husband to start acting like he’s committed to repairing their marriage and fight for her. Unfortunately, it looks like she’ll continue to wait for that miracle to happen, because when T.I. met up with his friends later in the episode he all but said he doesn’t plan on changing his ways. “Whatever I am, I’ve been that way from the beginning,” he told his boys when asked if he wants to be with Tiny forever. “I can do this forever, as long as I can remain me forever.” 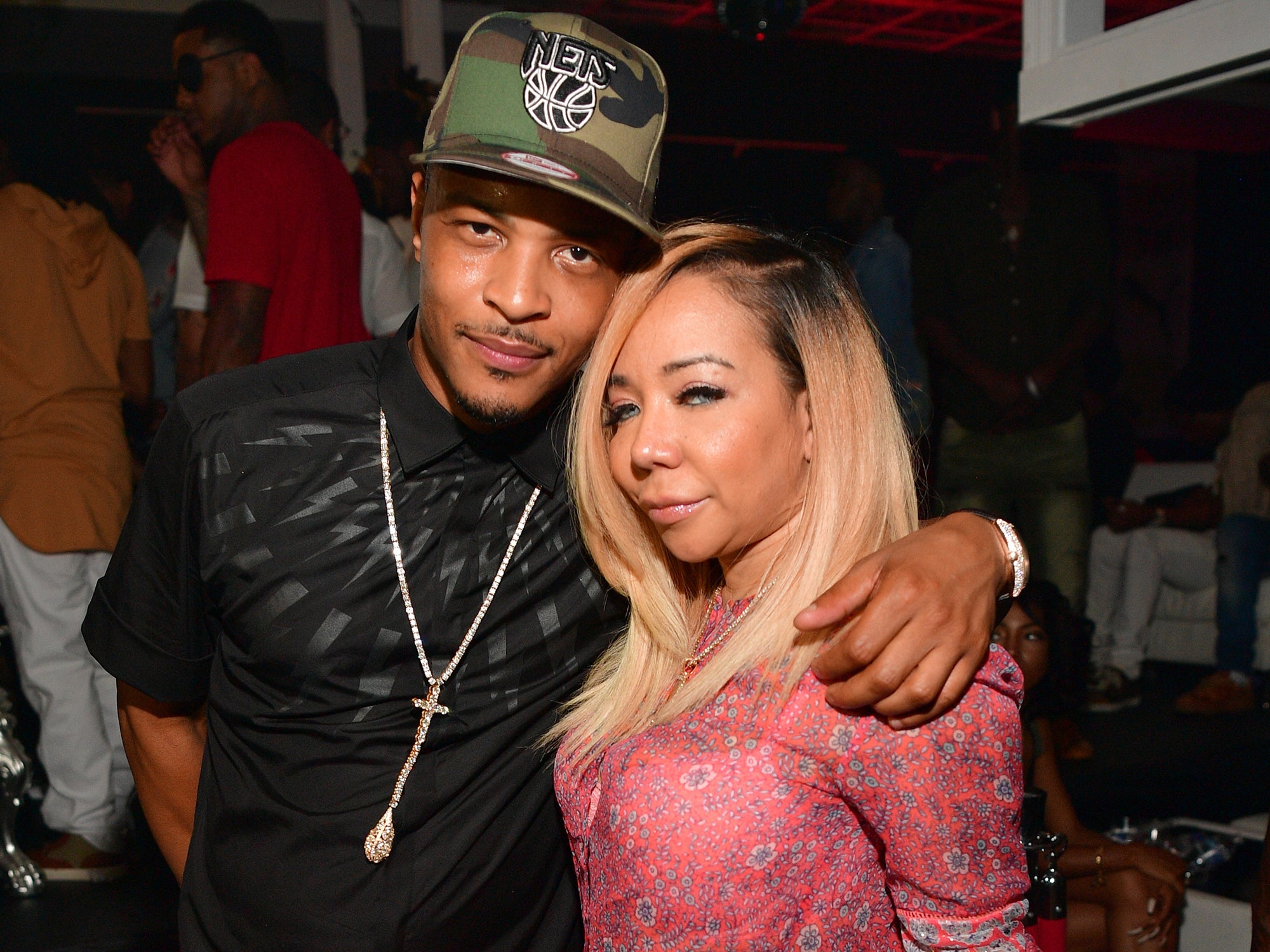 Translation: I’ll stay with Tiny as long as I can cheat in peace. Because of T.I.’s commitment to being a f–kboy, I’m rooting for Tiny to start putting her needs and wants above holding on to their troubled marriage. Sadly, some of her friends don’t seem to have her best interests in mind. Before the episode wrapped, Tiny headed to a housewarming party for Luckett and Walker and somehow the conversation turned to her marriage. Luckett, who used to date T.I. back in the day, said she was “so happy” the couple had put their divorce plans on hold and got back together. Luckett’s friend also gave Tiny props for standing by her man in spite of his many faults. “Even your resilience toward your family and your husband, people admire that about you,” the woman said. “You’ve stood the test of time. You’ve shown how to stand by a man when it’s not easy. People respect that about you.”

After Tiny confessed that, on the verge of their eighth wedding anniversary, she and T.I. are struggling to make it work, Luckett echoed her friend’s words. “A lot of people don’t know how to stick with it,” the former Destiny’s Child member said. “And that’s what marriage is.” Pastor John Gray couldn’t let the moment pass, sharing a quick sermon about “the resilience of the right woman.” “The resilience of a woman, the right woman, where she can crush you and expose you, she’ll cover you and propel you,” he told Tiny. “I believe that’s what you represent for your husband.” Here’s the thing, while I don’t advocate couples calling it quits at the first sign of trouble (unless there is abuse involved), telling a woman who’s been repeatedly disrespected by her husband –publicly — that she could be the woman who helps him change his life, so long as she continues to “cover him” while he’s cheating, is not only terrible advice, but it’s also harmful.

Ok. We need to dead this narrative about the "resilience" of women who "stick by their man" through all his triffling, hoe ish. Because that so-called resilience often leaves women BROKEN, but nobody cares about that. #FamilyHustle pic.twitter.com/DNVGTwm2P8

As I mentioned on Twitter while talking about the episode, encouraging and praising women for swallowing their own emotional needs and sticking by their trifling partners while they continue to hurt and disrespect them often leaves women broken. But since we live in a society that teaches women to do everything in their power to support, uplift, and hold on to their man (because being single is somehow seen as a failure), few people care about the emotional toll being “ride or die” takes on women. Whether Tiny stays with T.I is her own personal business, but it’s time to dead the narrative of the long-suffering woman who goes through hell in order for her marriage to survive. From here on out women need to start putting their happiness first. Perhaps then they’ll attract a partner who will do the same.
TOPICS:  T.I. tiny