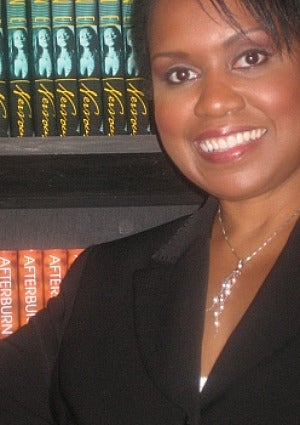 On buses and trains in urban areas around the nation, we can’t help but notice all sisters with their heads buried deep into one of Black erotica pioneer Zane’s latest sex-laced, tell-it-like-it-really-is love story, “Total Eclipse of the Heart”. With her successful Cinemax series, “Sex Chronicles” heading into its second season and “Total Eclipse” peering out of the pocket books of women on mass-transits everywhere, we thought we’d chat with Zane to get her perspective of the dating game through these two new projects and a little dating advice as a bonus. ESSENCE.com: You’re known for your graphic erotica writing and the sex scenes in “Total Eclipse of the Heart” are no exception. Why do you write about sex in the way that you do? Zane: I’m very graphic with everything that’s in the book. That’s just how I am. I don’t sugar coat anything. I think people are just more overwhelmed with the sex thing. ESSENCE.com: Speaking of the sex thing. It’s clear that while Brooke is willingly having sex with her boyfriend Patrick, she’s not comfortable with a lot of the things that they do. It can make the reader a little uncomfortable too. Zane: I specifically wrote it like that in order for women to define what makes them happy. My books are really about overall empowerment. I don’t want women to believe that men are the superior sex. A lot of men believe that they are superior to us. Let me see where that is written, because maybe I missed the memo. ESSENCE.com: The two main characters in the book, Brooke and Damon, find each other while they’re struggling with their own relationships. Why was it important to you to tell their story? Zane: I truly believe that life is not about putting on pretenses or sacrificing your happiness for anyone else. One of the main points that I tried to make in this book is that it’s not that there’s a good person or a bad person in a relationship. It’s just that two people might not be right for each other. ESSENCE.com: You brought up the subject of infidelity with Brooke’s best friend, who stays with her man even though she knows he’s unfaithful. Why? Zane: A lot of women feel like its OK, as long as they are the main squeeze and they are the ones with the status. You see it a lot on talk shows. The woman will say, “he may be with you, but he’s living with me and he’s coming home with me.” ESSENCE.com: Damon’s wife treats him like a trophy husband. Explain that concept please. Zane: I flipped the idea of men going out and getting trophy wives… I wanted to show the whole shallowness of it and how silly that is. I did it with the female because it is eye opening that way. We all think we have this perfect list of traits that our ideal make will possess, and we look for traits in someone that we don’t possess ourselves. ESSENCE.com: Let’s talk about your show, “Sex Chronicles.” It’s really the only representation of Black erotica on mainstream TV. Zane: It’s important because I feel like we need that representation. We need to understand what love among Black people really is. The women in the show are strong, but they have issues with men just like everybody else. Every woman that watches the show will see something in themselves. ESSENCE.com: Can you give us a little sneak preview of what’s coming up? Zane: In the new season, we have two new characters. One has to deal with the fact that she’s still sleeping with a former lover. She’s having sex with him and she’s thinking, why am I doing this? What is really going on? ESSENCE.com: As someone who writes about relationships, what’s your sex and dating advice for our readers? Zane: When you’re in a relationship with someone, that should be the person that you feel most comfortable. And if you feel uncomfortable, you shouldn’t be having sex with them. I think that people rush into relationships too quickly because they are so anxious to get into something. Don’t rush into stuff because it’s not that easy to get out of it. What’s meant for you will be for you. Read More: