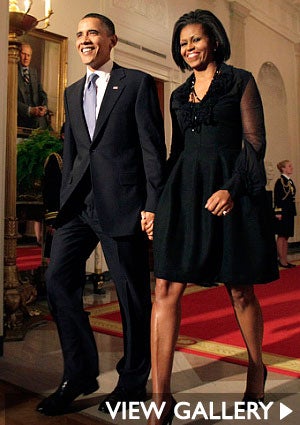 Washington, D.C. may be the mecca of politics and power, monuments and memorials, but thanks to President Barack Obama and First Lady Michelle Obama, it’s also gaining a name for love and romance. The First Couple has drawn nearly as much attention for their frequent date nights about town as their work from the White House, including birthday dinners at culinary hotspots and cultural events at the city’s theaters. Taking a cue from the Obamas, Washington’s official tourism agency, Destination D.C. has launched a month-long campaign (just in time for Valentine’s Day) to help other couples find romance in the nation’s capital. “Date Nights DC: A 28-Day Stimulus Plan for Love & Relationships” promotes couples-friendly deals and discounts at D.C. hotels, restaurants, museums and other attractions at DateNightsDC.org. The website also includes a hotline number which connects callers to live “date concierges,” standing by to help plan local outings based specifically on what you’re looking for. “D.C. is full of surprises,” says Carla Barry-Austin, a spokeswoman for Destination D.C., on why the city’s an ideal setting for dating. “A lot of the national treasures here are great to visit, but why not think of them in romantic terms? What could be better than a date against the backdrop of the Lincoln Memorial, or a stroll through an exhibition at the National Gallery of Art?” Date Nights DC offers a wide range of proposals, including a day-by-day rollout of the top 28 romantic spots in the city, but if you want to date Obama style, check out the itinerary inspired by the First Couple. Here are a few spots that the President and First Lady have visited on their own date nights. Equinox: Just days before President Obama’s inauguration last January, he took the First Lady-to-be out for her birthday to this American fine dining destination. With a group of friends (and Secret Service agents) in tow, both ordered the grilled strip loin. Kennedy Center: The First Couple enjoyed their first presidential date night last February with an Alvin Ailey American Dance Theater performance at this landmark theater (in the president’s center balcony box, of course). Citronelle: The Obamas dined last March at this upscale Georgetown restaurant blending French and American cuisine. The President ordered the braised short ribs, while the First Lady had a lobster burger, and they shared a Napoleon for dessert. Blue Duck Tavern: The President and First Lady celebrated their 17th wedding anniversary with a quiet dinner at this eatery with a focus on local and sustainable foods. Restaurant Nora: President Obama managed to surprise the First Lady with a birthday bash at this organic restaurant in Dupont Circle, with guests including White House senior adviser Valerie Jarrett, Attorney General Eric Holder and his wife Sharon Malone. After almost four hours of partying, the President walked through the kitchen to thank the cooks and wait staff. Read more: