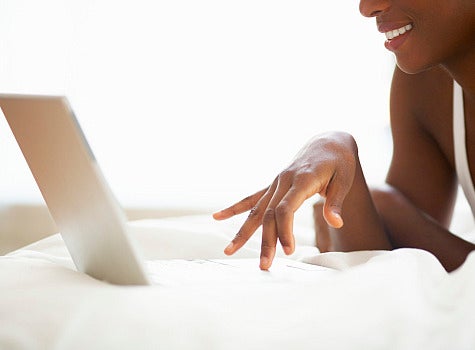 In the last ESSENCE.com live chat, I proposed to one woman that she use online dating as a way to increase her chances of meeting men. Thinking that most women participating in a live chat online would get behind me on that, I was surprised to actually find resistance to the idea. Since then, I’ve been trying to figure out why more women don’t want to look for love online. Coming up in the age of Black Planet–one of the first niche online social networks created–I always thought that we were pioneers of online dating. While Black Planet is not an online dating site, its dating section is quite robust. So, I have to admit that I was even more shocked to see opposition to online dating coming from Black women. It turns out, it was Black Planet’s multi-interest platform that made meeting a guy on the MySpace and Facebook predecessor seem like no big deal, says Omar Wasow, a social networking wiz who helped launch the site. “I think one of the reasons why Black Planet was successful early on is, it gave people a space which wasn’t explicitly about dating. We didn’t set out for Black Planet to be a heavily dating-oriented site. In an organic way, it became one of the things people look for on the site,” he says. Wasow explains that people are interested in looking for love online, as long as it doesn’t feel like it’s the only thing they’re looking for. “Some of the pure dating sites feel a little bit like a meat market,” he says. “People want dating to be a part of their social lives, not this thing that’s separate.” Wasow predicts that as the internet becomes even more integrated into our daily lives, online dating platforms will change to incorporate more aspects of our lives. As this happens, he fully expects online dating to become the norm, just like using AIM became the preferred way to send quick messages to friends in the early 00’s and Facebook became the most used social network of the past few years. “There’s no reason to think that the whole online dating experience won’t improve,” Wasow says. “It will become a regular part of how people date. I just think the difference between how a site like Facebook and an online dating site works might become blurrier.” For now, online dating can still seem “a little frustrating, and disappointing and lame and stigmatized” to outsiders. There’s this idea that we must be completely desperate if we’ve resorted to looking for love on the internet. All of our lives, we’ve been told that love is supposed to find us. So naturally we feel like we’re reversing the natural order of things by searching for it in this way. Wasow says dating online is not desperate. It’s smart. Wasow makes the very valid point that going online gives you “access to a much larger pool than you could ever get” from traditional methods. Furthermore posting your profile online costs less than the average amount of money we drop on our Friday night bar prowls, that often yield poor prospects. “A site like Match is 100 or 130 dollars a year. What else are you going to do in a year that could generate a handful of real perspective dates for that amount of money?” Wasow asks. If online dating is the wave of the future and more economical, I figure I ought to get with the program. Furthermore, if I’m pushing the online dating experience, I should really practice what I preach, right? So, I am signing up for four online dating networks–two of them (Match and OKCupid) will be mainstream online dating sites, one (BlackPeopleMeet) will be a Black dating site, and one (How About We) will be a smaller, niche site that incorporates a more social online experience. I’ll report back to you on how easy (or hard) it is to navigate each site, how successful I am in meeting the men that I’m interested in and even how my dates go. Wish me luck! Read More: