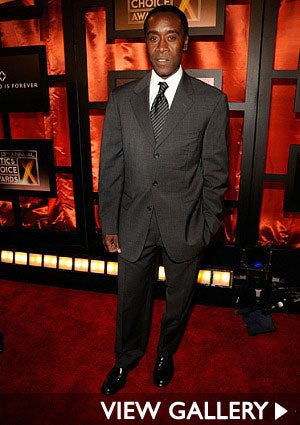 “Iron Man 2” had the fifth highest opening weekend in history, raking in $133.6 in the U.S. and Canada. We’re not film buffs, but somehow we think the flick’s success has to do with the addition of talented and sexy Don Cheadle, cast as Lt. Colonel James “Rhodey” Rhodes. We’re taking a look at how this tin man makes our hearts melt.

Did You Know That Lt. Caron Nazario Is Related To Eric Garner?

ESSENCE Hollywood House: Join Some Of Your Faves From 'Insec...