No woman ever expects to pick up the phone and find out that the man she loves and is set to marry is fighting for his life. In an instant, everything can change. Tracy Morgan’s wife, Megan (Wollover) Morgan, knows this all too well.

On June 7, 2014, Tracy, her then fiancé, was involved in a tragic six-vehicle car crash on the New Jersey Turnpike.  One person died at the scene, while Tracy and two others were rushed to a nearby hospital in critical condition. Tracy was in a coma for over a week.

“The reality is that when I got the call, I didn’t really realize how bad everything was,” Megan tells us. “Or how bad the accident was. It wasn’t really all over the news or anything yet.”

Tracy survived but he was left with life changing injuries – a broken leg and femur, a broken nose and several broken ribs. He would have to learn to walk again. Megan stood by him as he kept a promise to himself, and to her, to make it through rehab and walk her down the aisle. He did it, and after postponing their wedding for fourteen months, the pair tied the knot on August 23, 2015. The joy on their faces both then and now is contagious. It’s clear they’ve been through hell and come back from it and into a better place – a place of gratitude of peace.

We’ve read so much about Tracy’s journey, but what about the woman whom he credits most for helping him survive and get back on his feet?

We sat down with Megan to find out how she stayed strong throughout their tragedy, and most importantly, positive.

Lets go back to the night of the accident. What was that experience like for you?
When I saw Tracy for the first time [at the hospital], I’ll never forget a nurse was kind of preparing his son and me before we went in. As she was talking to me, I thought I knew how bad it was, but it was worse than I thought. I kind of broke down. When I saw him for the first time, it just really didn’t look good. Then he woke up from his coma like eight days later and rehab and everything. Even through rehab, three months later, it was like we were very thankful that we had Tracy, but we didn’t really know what was going to happen.

We know a lot about Tracy’s healing journey, but how did you handle it all, cope and heal?
You know, when you love someone. You stick in there. You pray for the best and you stick through it. It’s almost like a miracle to me, where he’s at today, because if this were maybe August 2014 (the accident was in June), I don’t think I would have seen this progress at all. I didn’t see this at all. You know?

When the accident happened, you had just welcomed your new daughter, Maven, 3, and you were also planning your wedding. Everything changed for both of you. How did you adjust?
It did change a lot. People grow together, but this was just big. We really went through a life and death situation. We had a daughter, which was new life, and then 9 or 10 months later the accident happened and Tracy almost died. I look back on it like a movie or a nightmare. I go, “Did that really happen?” It’s almost like a chunk of time that you don’t want to remember, so you kind of look back and go, “Wow, we were there. Did that really happen?” I said he’s a miracle because through therapy and God and all the help of the doctors, in some ways I feel like he’s stronger and better for it. 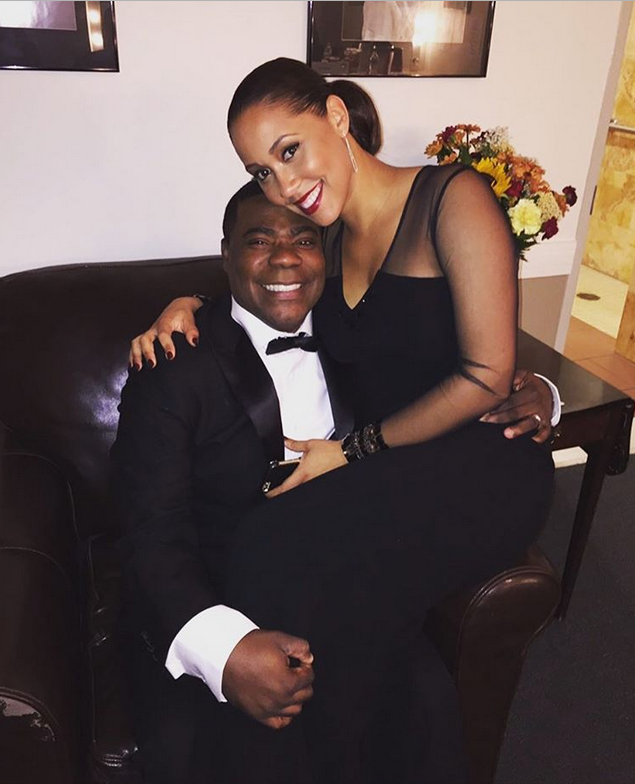 Where does your strength come from?
I don’t think I ever really realized how strong I was until I was faced with something where we either had to sink or swim. Sometimes pressure makes people react better in situations. It was so much at the time, I said to myself, okay, who’s going to handle all this stuff? Who’s going to take care of all this stuff? Tracy does a lot. Everything was shut down for a year and a half. Even with just managing the house, his career, things coming up. He has his own team. But they might defer to me or talk to me. We had a newborn baby. It was just like, you got to be strong, because if I break down, then what about my daughter? What about Tracy? It wouldn’t be good. I had to stay strong and be positive.

Tracy credits so much of his recovery to your strength and support.
It wasn’t even a thought for me. I was there. I felt I had to be. At that point he wasn’t my husband, but we were actually supposed to be getting married that summer. When you choose to share a life with somebody, God forbid something bad would happen, you want to choose the partner that’s going to ride with you through the good and the bad. There were moments where I don’t think he really felt that he would [work] again. Even moments where he might not have felt he might have been walking, but I heard doctors say, “You know, if you do your therapy, you’re going to walk.” We just had to keep being positive about it and strong. I was strong with my husband. You don’t get a big pity party from me for too long.  I had to stay strong.

What would you say to someone who has experienced a tragedy like the one the two of you did?
I would tell them that you can’t question God or pity yourself or the situation. You really have to have faith and just keep being positive. It seems like a big challenge at the time. It seems like the worst thing at the time, but the reality is, in life and with everything else, you do move on from it. Whether it’s a good move on or it’s going to be a bad move on. That’s life. If it’s your husband or someone you love, stand by them and support them. If the situation was flipped, what would you want? What would you need?

What would you most want people to know and understand about you?
I’m a really, really family-oriented person. I think sometimes people see me, and that I’m younger than my husband and that I used to model, and I don’t think people realize that my whole life about my husband and my daughter. I take motherhood very seriously. I’m very hands on. I manage my household. It’s one of the best things in the world for me and I like taking time to cherish and appreciate those moments. I don’t think people even realize this, but I throw down in the kitchen {too.} 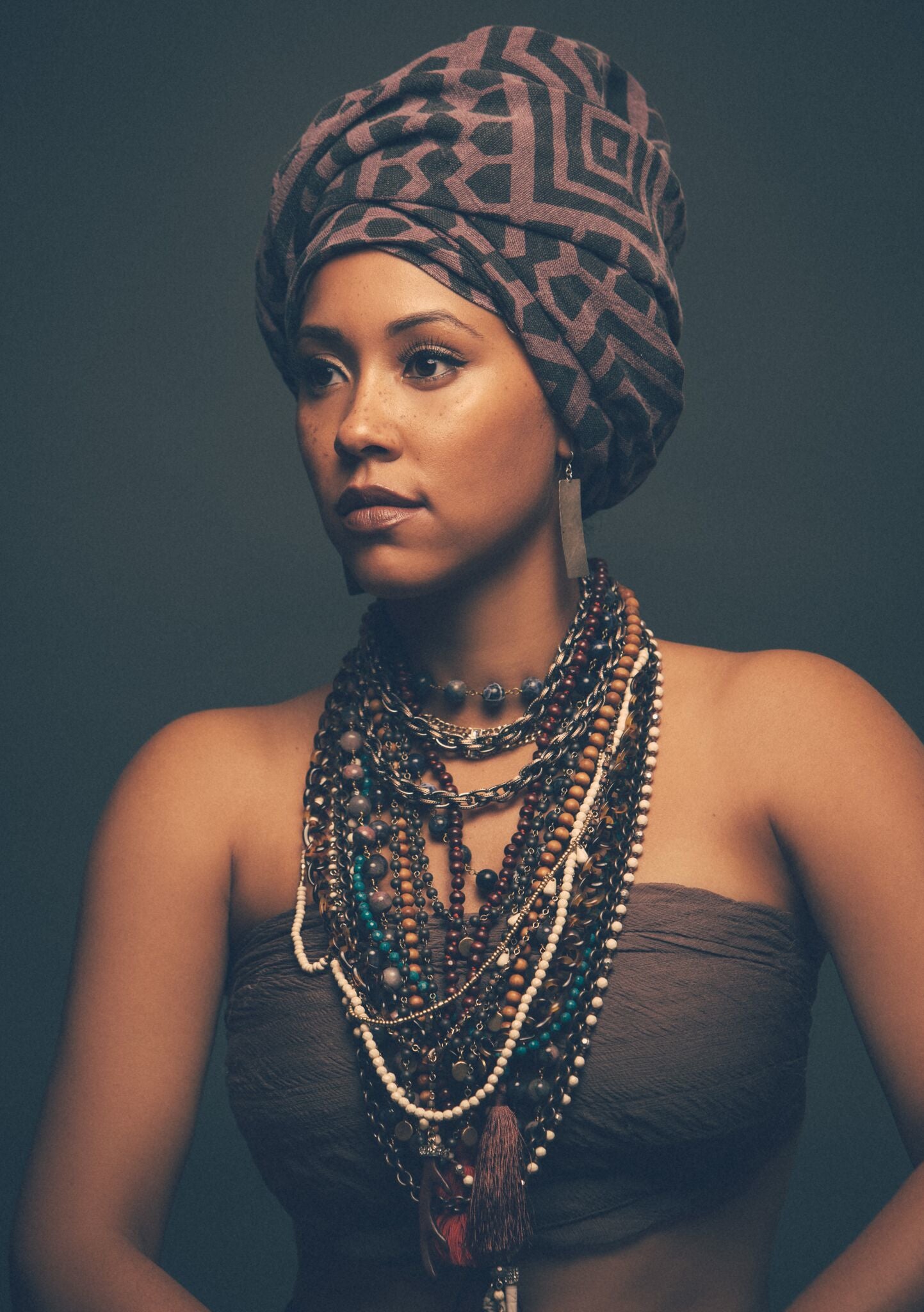 So, family is everything to you?
It’s very important to me and that’s changed a lot for me too in the last few years being that I met my husband when I was just turning 24. Now I’m 30, just turning 30. It’s just been a lot of changes for me. If you had asked me that maybe six years ago, it would have been a completely different answer. But it’s just the woman that I’m becoming today. After an accident, you value and look at what’s really important and where your priorities are. For me that’s where I’m at right now in my life—family over everything.

How do you make the most of the little moments together now with Maven?
She’s like this ray of sun every day. She’s growing. She’s learning to walk. Just doing all kinds of stuff. I think that was even more of what pushed him along at the time. She makes life something new for both of us to cherish together.

She’s adorable. You two must be so proud.
She’s so funny. She really has a lot of Tracy’s personality. She likes to be the center of attention. Every time I try to take a picture of her, she’ll never just stand and smile. I get like 200 faces! 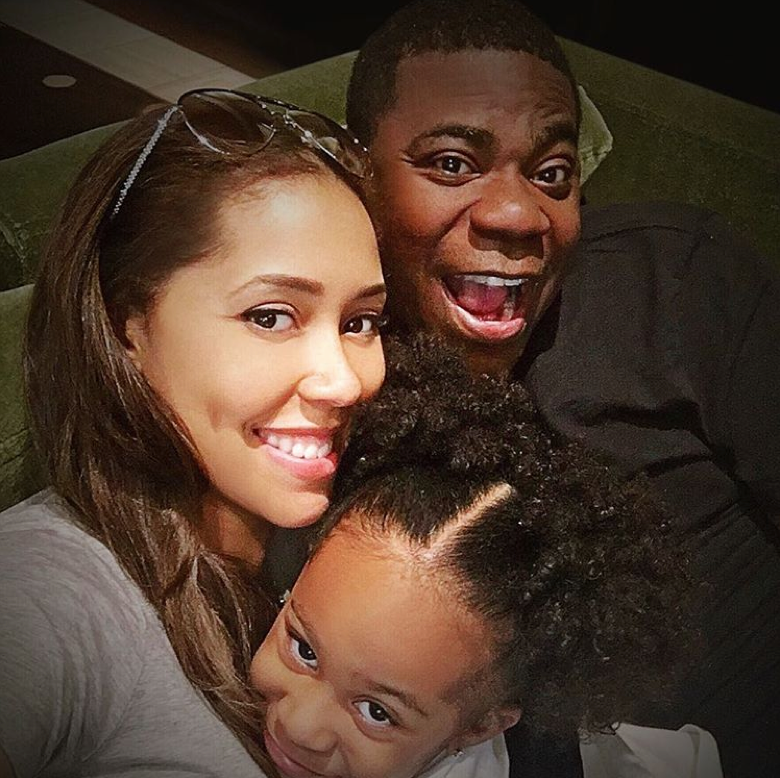