David M Benett
By Joi-Marie McKenzie · Updated October 23, 2020
It’s been nearly a decade since Chilli told us what she wants from a man. In fact, Rozonda “Chilli” Thomas, one-third of the hit girl group TLC, was an early brave soul back in 2010, when she opened up on national television, letting VH1 cameras document her love life and her infamous long list of must-haves, which included washboard abs, no smoking and no drinking (to name a few!). And in case you’re wondering, Chilli told ESSENCE last week that she’s still holding onto her long list as her guide in search of Mr. Right. “Yes, I do! It’s still long and maybe a little longer now,” she said, with a laugh. “I know what I bring to the table.” The 47-year-old singer said she’s not worried about not ever finding her “person” and it’s because she’s not limiting herself to only dating Black men.

Happy I made that one hand shot🏀 😆 but yall know I'm a wrestling kinda chick💪🏽 for the record I do not know how to play basketball or even understand the game but I do get lucky with one shot or two. #blindianchickallday

“I want for women — especially for women of color — to not be so closed minded when it comes to love,” Chilli, who identifies as mixed, said. “God made all of us and you may not find your husband because you’re trying to stick to one group. You’ve got to be open.” “You want the person who’s the best person for you, no matter what color he is,” she added, noting that she’s dating “one guy, but we’re testing the waters.” “He is not black,” Chilli said — in an effort to show that she’s not afraid to practice what she preaches. Another rule of thumb when it comes to dating? Chilli told ESSENCE she can usually tell after just two months if a person is right — but more importantly — wrong for her.

The stage is my friend!!! 🎤🎵🎶 I am so blessed to still be here doing what I love to do..even tho it's so hard at times, not fair and a whole bunch of yuckie things ...I wouldn't trade it for anything! #m2b #TLC #demtlcguls #demtlcfans #thankyouJesus 🙏🏽

“I usually know after two months…I can just tell. I’ve always known,” she said. “The day I turned 30, I got this kind of smartness or something, this maturity about myself…when your turn 30, you become more confident in how you feel about things, which is great. That way you can cut and weed out a lot of the BS you go through.” But one area in Chilli’s life that has never had any BS is when she’s onstage performing with her group, TLC. The bestselling girl group is one of the featured acts on Netflix’s Once In A Lifetime Sessions, steaming now. The eight-part music documentary takes fans behind the scenes to witness intimate performances by some of their favorite artists. “I love performing. It makes me very, very happy,” Chilli gushed. “It puts me in a super-duper happy place, and I love getting out there because I know the power of music.” She added, “Getting up on stage and knowing that each one of our songs is going to touch somebody, or take them back to college…or wherever they were in their lives [is a blessing]. When I’m onstage looking out, oh man, it’s a dream.” 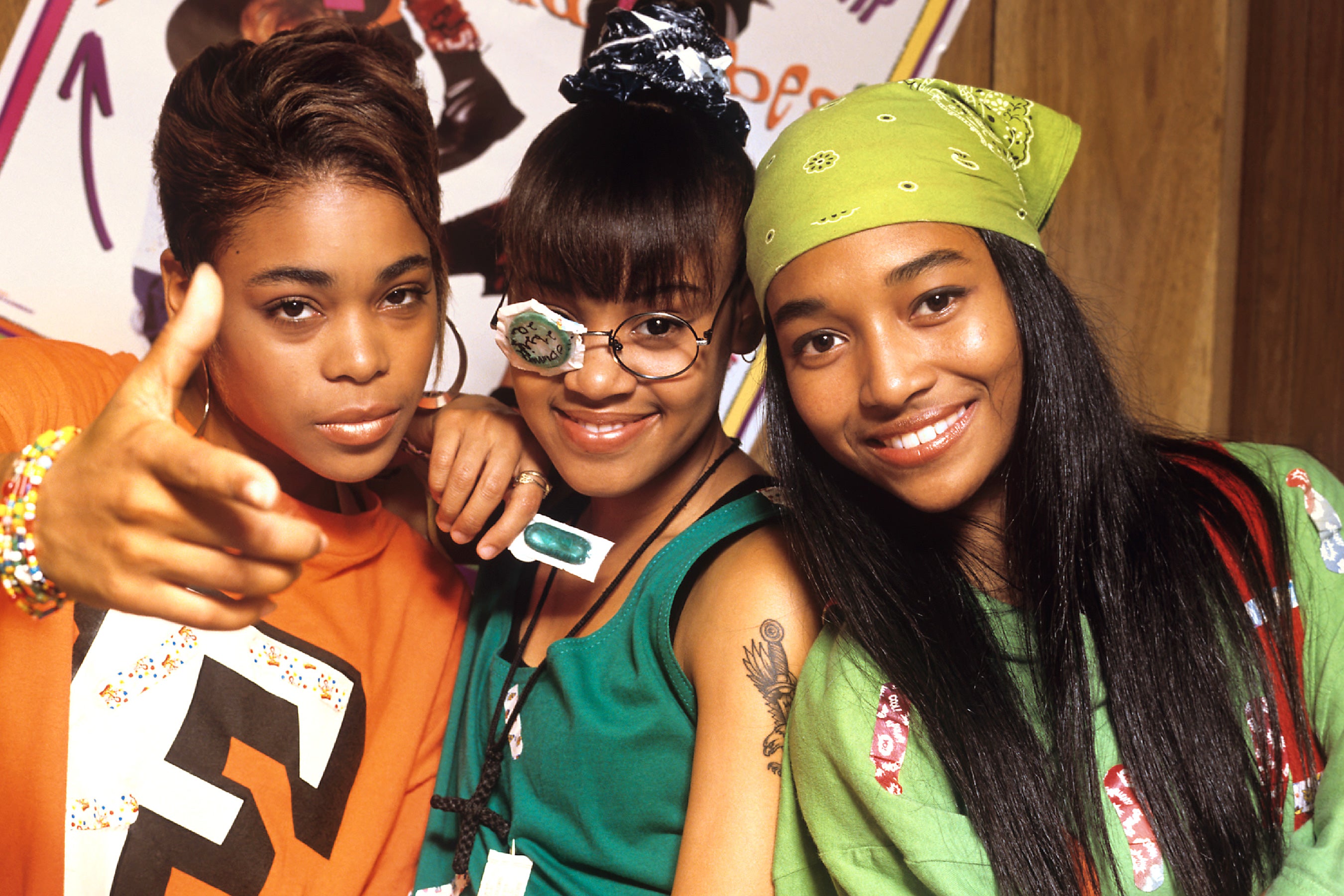 Chilli said that “it was an easy yes” to document their performance for a Netflix special, which features the other remaining member of TLC,  Tionne “T-Boz” Watkins. The duo continue to tour as a group after the death of their third bandmate, Lisa “Left Eye” Lopes, who died in 2002 after a fatal car crash. “We’re all about connecting with our fans and so to do this in a way where we could perform in front of a nice intimate setting for our fans and then kind of open up to let fans see how we record in the studio and having our live band there, it was just a great recipe for something delish,” she said. “And it’s something new,” Chilli added, “we’re always very happy to be part of something new.”

Building Their Destiny: These Black Women Are Charting A Pat...