When Offset of the rap trio, Migos, proposed to Cardi B, the new darling of rap, in October of 2017, their love and hip-hop connection catapulted them into the spotlight and fans have been watching the couple closely ever since.

During the 2018 BET Awards on Sunday, Offset, while on stage with his group mates Quavo and Takeoff, accepted the award for the best group category and he thanked Cardi, referring to her as his “wife.”

“I thank my wife,” he said quickly into the microphone before adding, “You should thank yours.”

Offset thanks his wife Cardi B last night at the BET Awards pic.twitter.com/i0iBLfzuYV

While the public has been led to believe that the couple are only engaged, according to TMZ the pair seem to have been married all along.

The gossip news site did some digging and found a valid marriage certificate (not license) that says the couple legally wed on September 20, 2017, in Fulton County, Georgia. 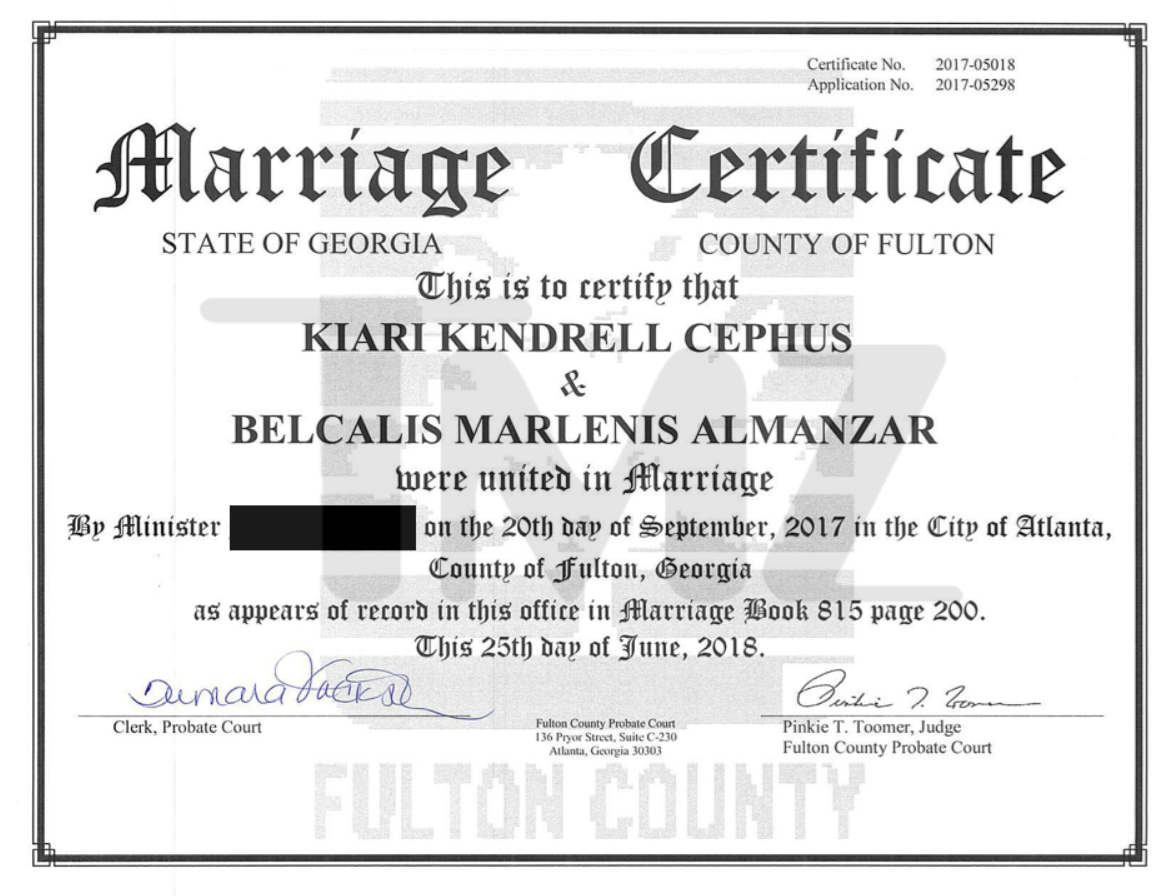 Offset popped the question while he and the 25-year-old were on stage at Power 99’s Powerhouse concert in Philadelphia last fall.

#PressPlay: #TSRProposals : Congrats to #CardiB and #Offset! Here’s a video of when he popped the question at #Powerhouse ❤️ via: @power99philly

After much speculation, Cardi confirmed her pregnancy during her debut Saturday Night Live performance in April just days after releasing her chart-topping album, Invasion of Privacy. The two are expecting a baby girl, due any day now, and they’ve already picked out the perfect moniker.

Cardi has alluded to planning her big day on social media and recently tweeted that the stress of planning a baby shower makes her not want to plan a wedding at all.

On Monday afternoon, after the rumored news broke, Cardi took to Twitter to confirm that she is indeed a married woman.

This why i name my album “Invasion of privacy” cause people will do the most to be nosey about your life .Welp fuck it . pic.twitter.com/U3uHFOT3qK

“There are so many moments that I share with the world and then there are moments that I want to keep for myself! Getting married was one of those moments! Our relationship was so new breaking up and making up and we had a lot of growing up to do but we was so in love we didn’t want to lose each other, was one morning in September we woke up and decided to get married. We found someone to marry us, and she did, just the two of us and my cousin. I said I do, with no dress no makeup and no ring! I appreciate and love my husband so much for still wanting for me have that special moment that every girl dreams of when he got down on his knee and put a ring on my finger and he did that for me!! Well now since you lil nosey f–ks know at least ya can stop saying I had a baby out of wedlock.”

We guess congratulations are in order for Cardi and Offset!