Getty
By Jasmine Grant · Updated October 23, 2020
Famous restaurateur and lifestyle expert B. Smith has long been open about her battle with Alzheimer’s disease since her 2013 diagnosis. While serving as her caregiver and the mouthpiece to her fans, B’s husband Dan Gasby has entered a new relationship with a woman named Alex Lerner while he remains married to her. The publicity garnered around this “new normal” in their family has black women feeling irate. In a Washington Post, profile, Gasby let reporter Lavanya Ramanathan into the East Hampton home he shares with his wife. During the interview, Gasby explains why he has zero guilt for sharing his new relationship with Lerner, who has a room in the couple’s house. “If This is Us and Modern Family came together, it would be us,” Gasby told The Post. 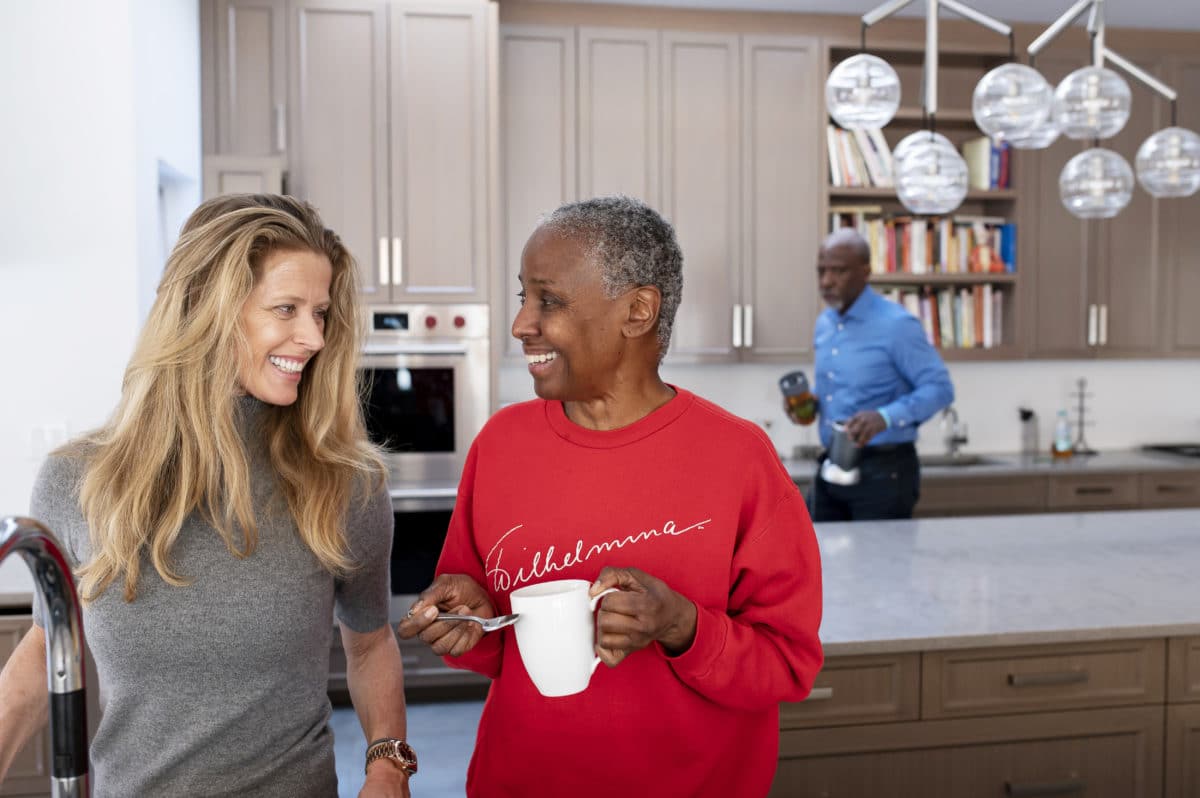 Gasby first took his relationship with Lerner public back in December via Facebook. The pair says they met in the summer of 2017 at a bar in the Hamptons. “We were friends,” Lerner, told The Post. “I didn’t want to go out with a married man.” Apparently, it didn’t take long for her to have a change of heart about that. After Dan arranged a breakfast for B and Alex to meet for the first time, Alex said she began to see things differently. She now helps Gasby care for his wife while dating him. “If I can be compassionate to her … if I can do anything for her, it makes me feel good,” she told The Post, her voice “breaking,” according to the outlet. “If it is giving her something to drink, or making her something to eat — she loves to eat — I feel good.” 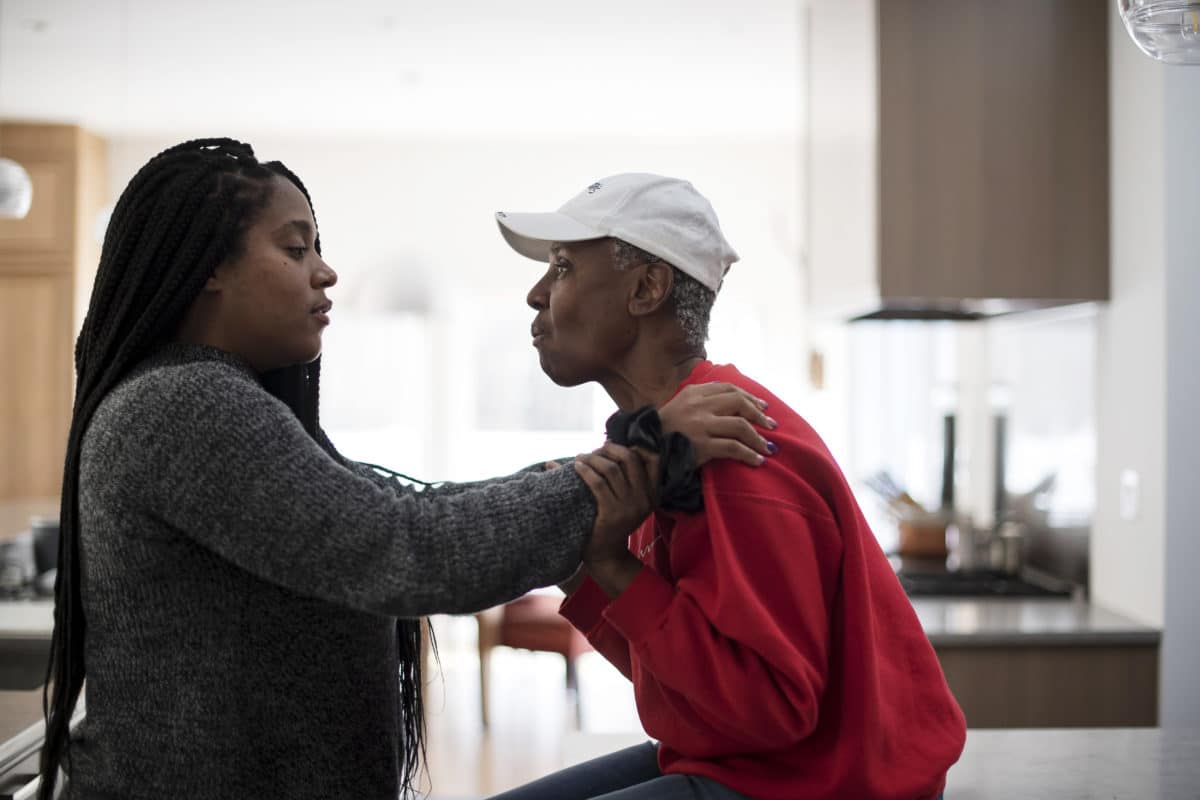 Dana, Dan’s 32-year-old daughter from a previous marriage, says she approves of her father’s new girlfriend. “When he told me, I was like, ‘Thank God. I’m happy,’ ” Dana explained as she came to her dad’s defense. “B. is my mom … She’s in this house. She’s here every day.” What seems to be angering folks the most about this situation is that B., 69, is in the deep throws of Alzheimer’s and may be unable to advocate for herself. According to the article, B.’s condition has advanced quite a bit and Gasby told the reporter that he’s told his wife he has a girlfriend, but isn’t sure that it has registered. “When B. was lucid, she and Dan sometimes clashed over his flirtations. Now, in photos and videos Dan posts on social media, his wife and his girlfriend seem like friends. But are they?” Post reporter Ramanathan asks. Smith’s fans don’t seem to think so. Many began sharing their disappointment and thoughts online accusing  Gasby of taking advantage of the fact that his wife isn’t in a healthy state of mind.

WOW. So I just watched the video of B. Smith, her husband, and his girlfriend...Listen. This is foul. Straight up. I'm not unsympathetic to the heaviness and loneliness of caring for a spouse with Alzheimer's & dementia, but this is a whole other level of foul

I read that WaPo story about B. Smith and her husband. Alzheimer's hits very close to home for me. I won't fault him for seeking love. But to have that lover in the house that he and his wife share even if she's not mentally sound just does not sit right with me.

B. Smith wouldn’t be okay with it. He detailed it in their book that she slapped him in the middle of their restaurant bc he flirted with a customer in front of her face when he thought she didn’t remember....

What gets me is not even the fact that he’s dating. It’s that he’s posting B Smith sick without her consent on social media AND posting the three of them as some sort of unit on social media. Be trifling in private.

Dan has responded to the wave of backlash on the Facebook account he shares with his wife. “I love my wife but I can’t let her take away my life!,” he says in a lengthy Facebook post addressing his critics. “Five to 10 years from now when many of you who will have an almost predestined meeting with Alzheimer’s because of genetics, obesity, and a myriad of inflammatory diseases, you’ll be wishing for someone to share moments with and ease the pain of loneliness and despair,” he continued.
Loading the player...