Skip to content
instagram.com/jovianzayne
By Brittney Oliver · September 25, 2018October 23, 2020
How do you know when it’s love? Is it the butterflies in your stomach or the way you think about your significant other every minute of the day? Love can present itself in the sweetest of ways that leave an impact so strong that you commit to a lifetime of forever. Some people say you know when you know and for these five women there was a defining moment when they knew they wanted to spend the rest of their lives with their spouses. Discover how these women knew it was love and how their past relationships helped them find the love they were each looking for. Jovian Zayne Peters, 35 , NYC and LA Jovian and George Peters just celebrated their first anniversary 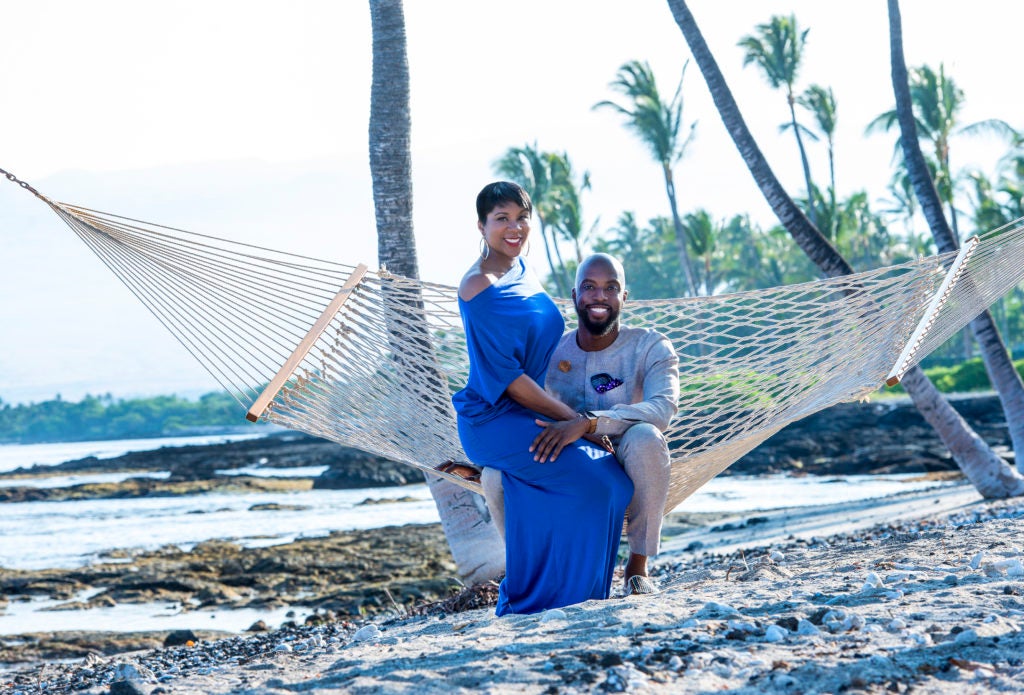 It was 2005. I was at Wondaland, my older brother (Nate Wonder’s) musical haven, home and compound to many Atlanta artists. I was napping on the couch when I felt a bump. I looked up and into the eyes of George A. Peters II (aka George Twopointoh). He was moving out, hence the unintentional bump into the couch. After quick intros we realized that Nate had told us about each other before. “Oh, you’re Jovi!…. Oh you’re George!” Fast forward, a year later we ran into each other again at the preview screening for the movie “Talk to Me.” I was super cute that day and walked up to the line knowing I was cute. I saw him do a double take, realizing …wait, “That’s Jovian!” We reconnected that day and over the years that followed became best friends. After disappointing college breakups and a less than desirable dating situation in NY, I was ready to do whatever was necessary to be with who God had for me. I prayed for the patience to endure any loneliness and used my single season (6 years) to get clear on my heart’s desires for a husband. I was blessed to have a number of examples of good husbands in my life (i.e. my dad, uncles, etc.) My husband and I both agree that while it may not have been love at first sight, it was definitely BFF at first sight. Very quickly in our friendship did we realize that we shared many important values: a deep and abiding faith in God, a commitment to cherish our friends and family, and an unashamed passion for living out loud and having the most fun, as often as possible. As our friendship continued to deepen and as we spent more time together, we literally didn’t want to be apart. I realized I had more fun with him than ANYONE else. He was my go-to for everything. I felt safe in our friendship – safe to try new ideas and to explore new parts of myself. Unlike my other relationships where I knew deep down there wasn’t a natural alignment of our values, I knew I had that with George. I wasn’t forcing him to pray with me when I was going through a tough time – he was offering. Unlike past relationships where I in some way always found myself dimming my light so my boyfriend could feel more whole or comfortable, in this relationship (my marriage) I am pushed to shine my brightest. My husband pushes me to grow into God’s best for me. That was a new and refreshing experience. In short, I fell in love with the way he lived. Overtime, our relationship evolved and romantic feelings became clear. Given our many overlapping relationships (friends and family) we knew that if we were to act on what we were feeling for one another we needed to be serious about our relationship. So once we knew we wanted to date, we both knew we were jumping into, what would be quite possibly, the real deal. The finale. Our forever, and thank God it was. Literally, my dream come true. Lena Hambrick, 26, Nashville, TN Lena married Santez Hambrick II on June 3, 2018 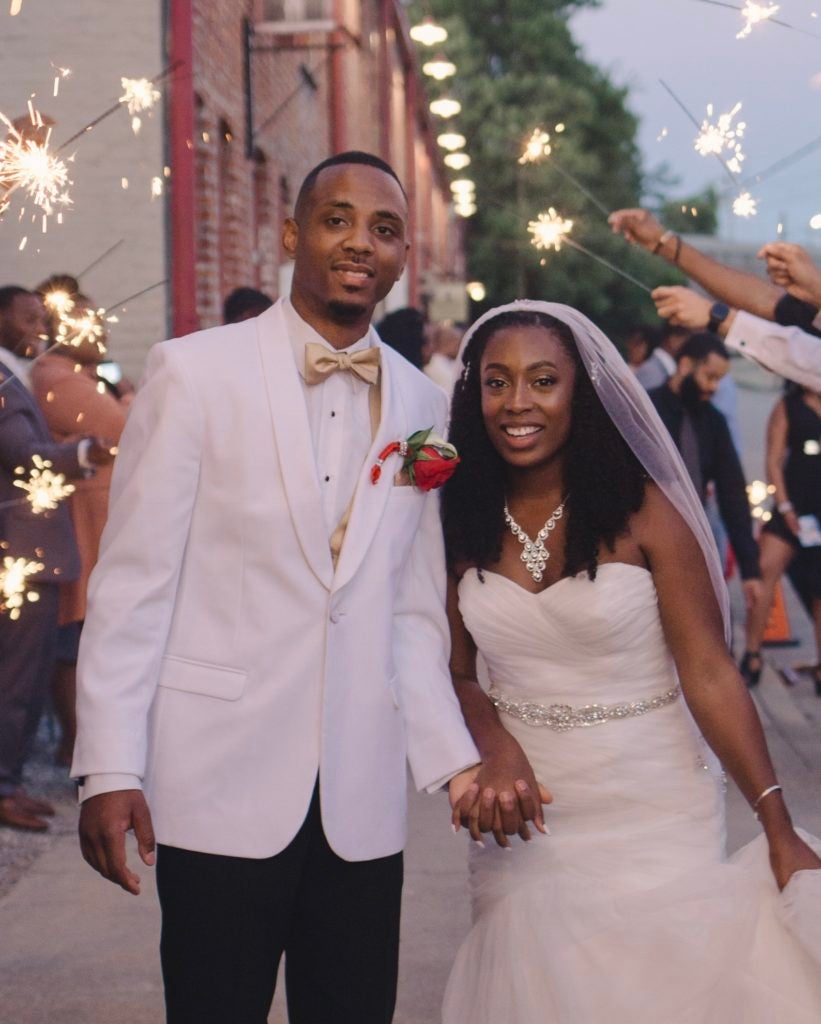 I meet my spouse as a freshman in high school. It wasn’t until our junior year of high school, that we started “dating”. It all started one day in Spanish class when he asked me to prom and we’ve been together ever since. At 16, I would have never guessed he was going to be the man I would marry. I just knew he was cute and wanted him to be my boyfriend and take me to prom. Feelings for him grew deeper and deeper overtime. He truly became my best friend. Whenever I have good news, he is the first person I want to tell. Anytime I have a problem, he is the first person I want to ask for advice. All I wanted was a prom date and I ended up with a husband. Alaina Pinkney, 38, Atlanta, GA Alaina’s been married for four and half happy months to Kevin Pinkney 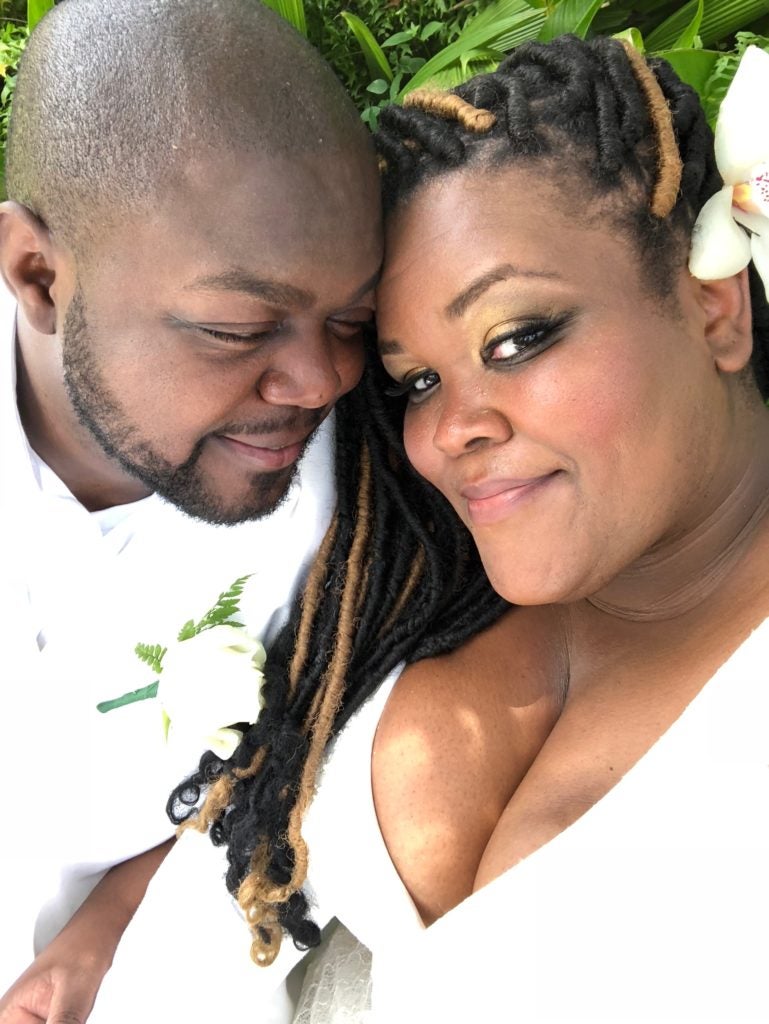 I first saw my husband at the American Black Film Festival in 2012, however we never really connected until we ran into each other 6 months later at our orientation for working with the NAACP Image Awards. That was where we finally spoke and exchanged numbers. I knew from the first instance we hung out that I wanted to be his best friend, but I didn’t see over the horizon when we first connected. We had made plans to meet for breakfast for our first hang out, but several variables caused me to be extremely late, and to this day I’m grateful he never left that restaurant. By the time I arrived at the restaurant I was an hour late which is something that still pains me. I pulled up in front of the restaurant just as he was leaving out. If I had been just one minute later — we would not be together to this day. Well that breakfast went from a conversation over eggs, to continuing to talk for 4 more hours on the balcony of my apartment. Over time we became best friends, each others wingman, supporters of each other’s dream to work in the entertainment industry, and shoulders for each other to cry on when things we wanted didn’t work out. I always told my friends during this 3 year period when I was dating other people that “I wish I could find a guy JUST like Kevin.” My cousin who could see the impact Kevin had on my life and heart, stopped me one day and said “Girl, you don’t need to find someone like Kevin, because your husband IS Kevin.” In the beginning I brushed off the idea because we’d always just been friends. I figured that’s where we’d remain. However that particular summer we decided to move to Atlanta together to follow the film industry, and it was there where we realized — I don’t want to watch another sunset, another movie, visit another museum or travel to another country with anyone who isn’t YOU, and the romance grew from there into the biggest blessing my heart has ever experienced. The biggest thing that I feel makes this relationship the most unique, fulfilling, and mind blowing one I’ve ever been in is because we started out as best friends. When I dated in the past the sparks were based on surface things and I didn’t always take the time to make sure we were actually compatible. I’d meet someone, we’d share some laughs, and then start dating but it always felt like trying to fit a circle in the square peg. When you start investing and giving energy to people, sometimes you overstay because you’re thinking about the investment of time. I used to spend a lot of time trying to make things work with people that was never designed to work in the first place. This time around with Kevin, everything worked. Keisha Mabry, 34 St Louis, MO Married to LaRon for four months 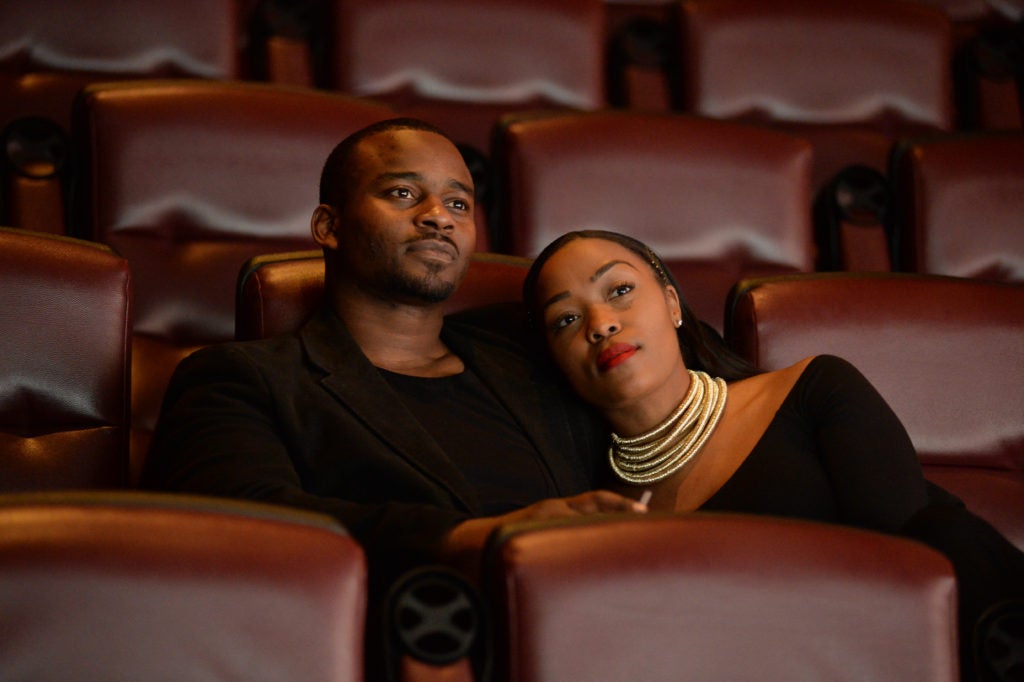 We met during Teach For America in 2011 but we were just friends. I was getting out of a relationship, so I was not checking for him and neither was he checking for me. He thought I was too bougie. Fast forward to 2015, we ran into each other in the produce aisle of Trader Joe’s. I felt someone staring at me, you know the feeling, and when I looked up it was him. We exchanged info and hung out for the rest of the summer until he moved to LA. LaRon doesn’t know this but I knew the first time I visited his classroom in LA. He was kind, loving and caring, and his kids were learning. And I remember sitting in the corner of the room thinking, “If he can be patient, kind, loving and caring to hormonal sixth graders, he can be patient, kind, loving and caring to me. This is the man I want to marry.” From that point on I just knew. I finally understood what people meant when they said ‘you know’ and I knew. I knew because patience, kindness, love and care can last through the ups, downs, good and bad. And it has. We don’t have enough time to talk about my dating past nor do I want to revisit it, but I’ll say this—date. I encourage women to date. Date to understand what you need, what you don’t need, what you want, what you don’t want, what you like and what you don’t like. When I say date, I’m saying “date yourself!” I never dated myself and as a result I’m 34 learning my likes, wants and needs. Thankfully, I have a loving, patient, kind and caring husband but I can only imagine the voice I would have and the woman I would be had I figured out these things in my 20’s. Victoria Kirby Elliott York, 31 Fort Washington, MD She made a lifetime commitment to each other 7 years ago, but the federal government didn’t recognize it until 3 years ago thanks to the judicial branch 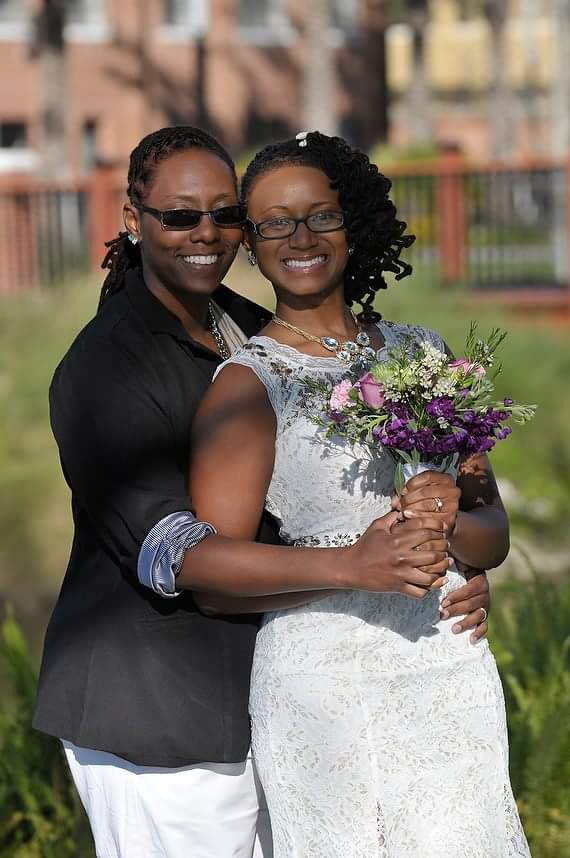 We met at the season premiere watch party for “The L Word” on Showtime. We were both their with our Howard friends and hit it off immediately. She was funny, thoughtful, could dance, and had a beautiful smile. I was smitten immediately. We started dating and nearly 13 years later are still going strong. Our first Valentine’s Day she cooked an amazing honey chicken and shrimp salad, bought me flowers and a cross necklace. My religion is super important to me, but many queer women have left the faith because of family and church rejection or exclusion. Meeting someone who could throw down in the kitchen and in prayer was a winning recipe for me. I knew that night that she was going to be my forever. My first girlfriend was my high school sweetheart and I was young and not as understanding about the journey people go through to be out to their family. I took things personally that didn’t have a lot to do with me. When my wife and I started dating I worked hard not to repeat the same mistake. ESSENCE is hosting it’s first ever Black Love Gala in New York City on Saturday, October 13th, hosted by Instagram lovebirds Khadeen and Devale Ellis. Join us for the ultimate date night in celebration of Black love. Couples will enjoy an evening of romance, live music, food, drinks and photo opps in a magical one-of-a-kind black tie affair. Tickets are on sale here now. Get them before they’re sold out!