Exploring temples and other historic sites is great, but traveling involves so much more than checking the typical tourist spots off your list. If you’re looking to switch things up in 2020 and do something a bit different, try adding a few events to your wish list. From water fights to food fights, yacht turn ups and more, these international events will make you book a flight ASAP. 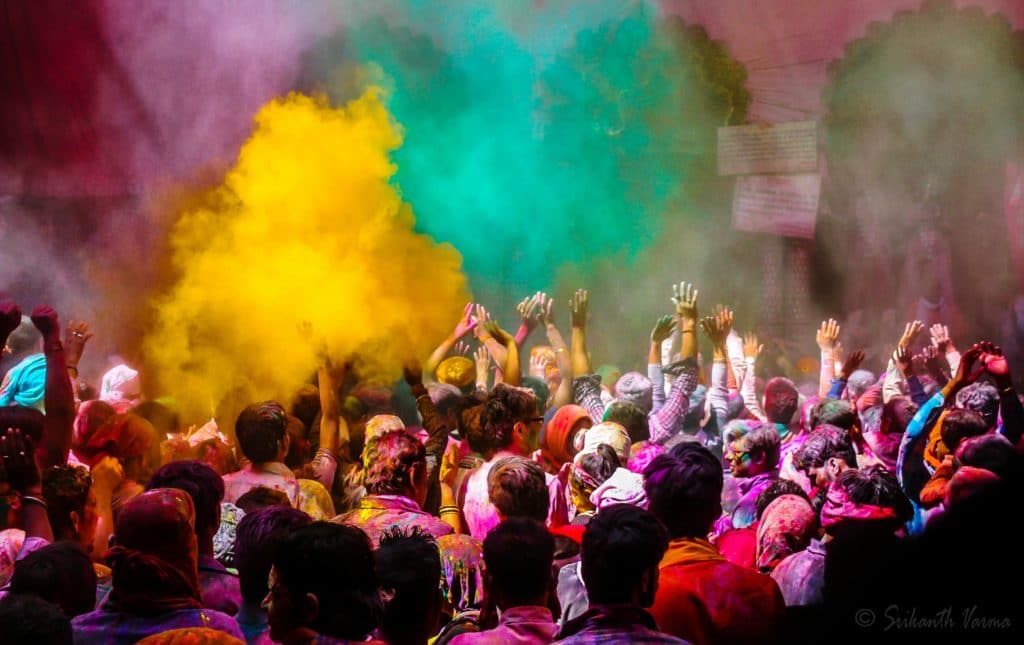 Vibrant colors, joy in the streets and celebrations of culture are what you’ll find when you touch down in India for Holi. Also known as the “festival of colors” or the “festival of love,” the religious Hindu festival of Holi signifies the victory of good over evil, the arrival of spring and the end of winter. Holi celebrations start the night before with Holika Dahan, where people gather, perform religious rituals in front of a bonfire and pray that their internal evil is destroyed. The next morning is a joyous free-for-all celebration where people cover each other with water and colored powder. 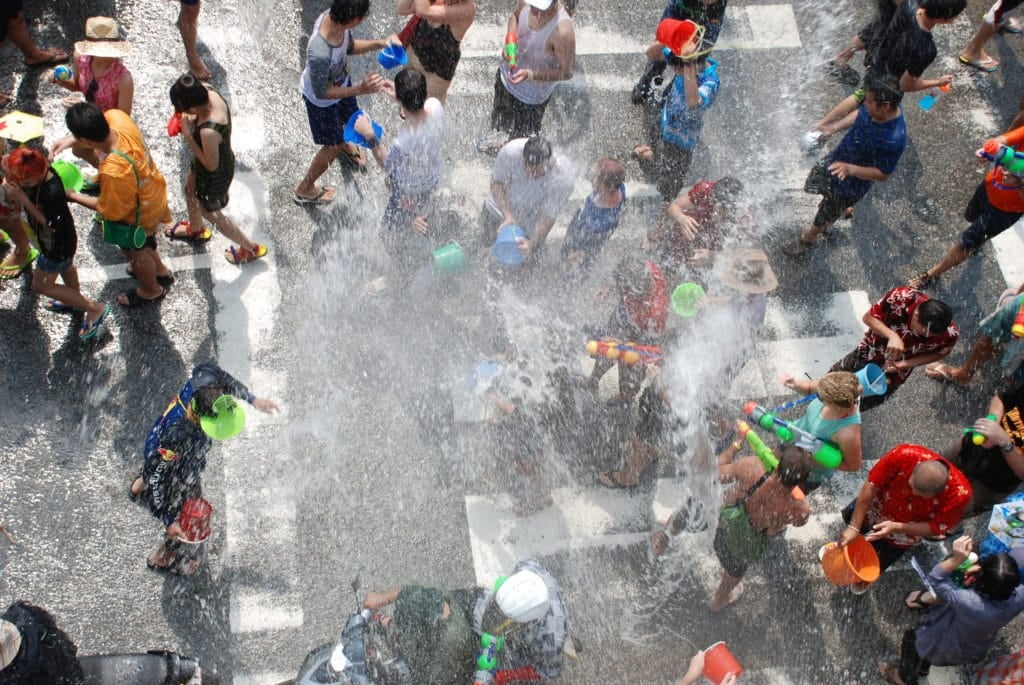 Thailand loves celebrating their culture, and year round you’ll find activities like Loi Krathong, better known as the Floating Lantern Festival, to participate in. However, one of the most beloved spiritual celebrations in Thai culture is Songkran, the Thai New Year. The word “Songkran” is Sanskrit for transformation, and it’s during this three-day festival that Thai people prepare for a fresh start and spiritual cleansing in the New Year, and make time to visit with family and pray at their local temples. But once the serious part is over, Songkran turns into the water fight of your childhood dreams. Locals and visitors grab their Super Soakers, water balloons and water buckets, and take to the streets for the ultimate water fight. 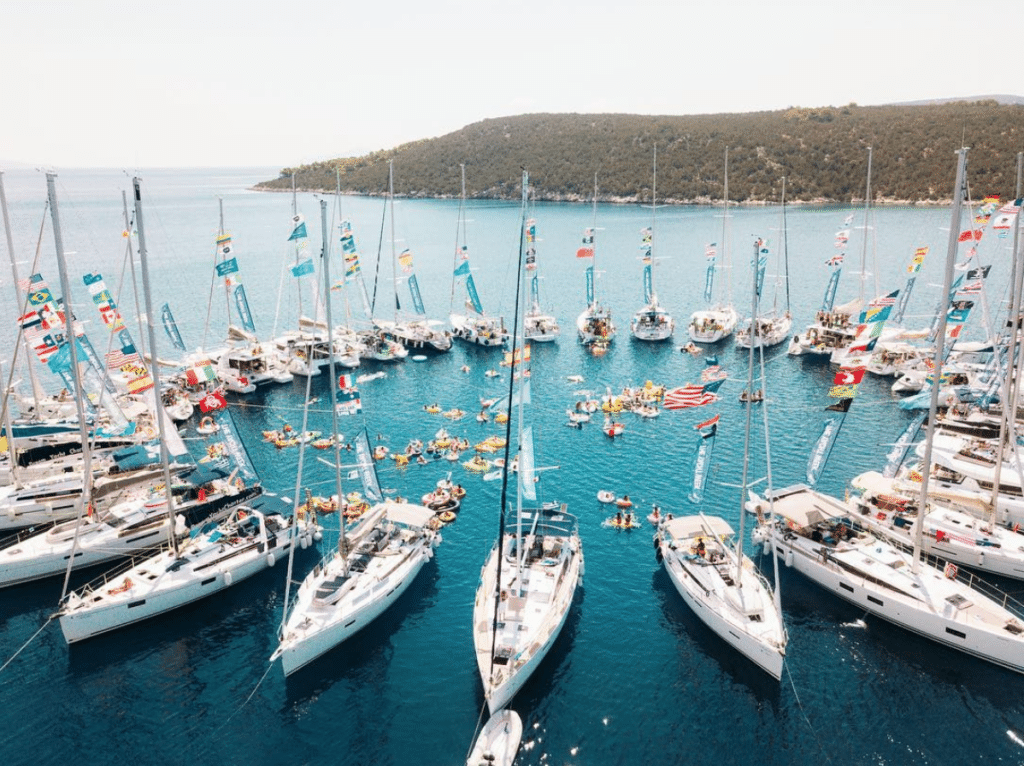 What could be better than a week of friends, partying, yachts, and the Greek Isles? The Yacht Week is an annual sailing event that brings people from around the world together for the adventure of a lifetime in Europe. The Greece route is the perfect mashup with a little something for culture buffs, foodies, IG stars and hardcore partiers. Grab a few friends, book a yacht, and bring your #BlackGirlMagic to the Mediterranean. 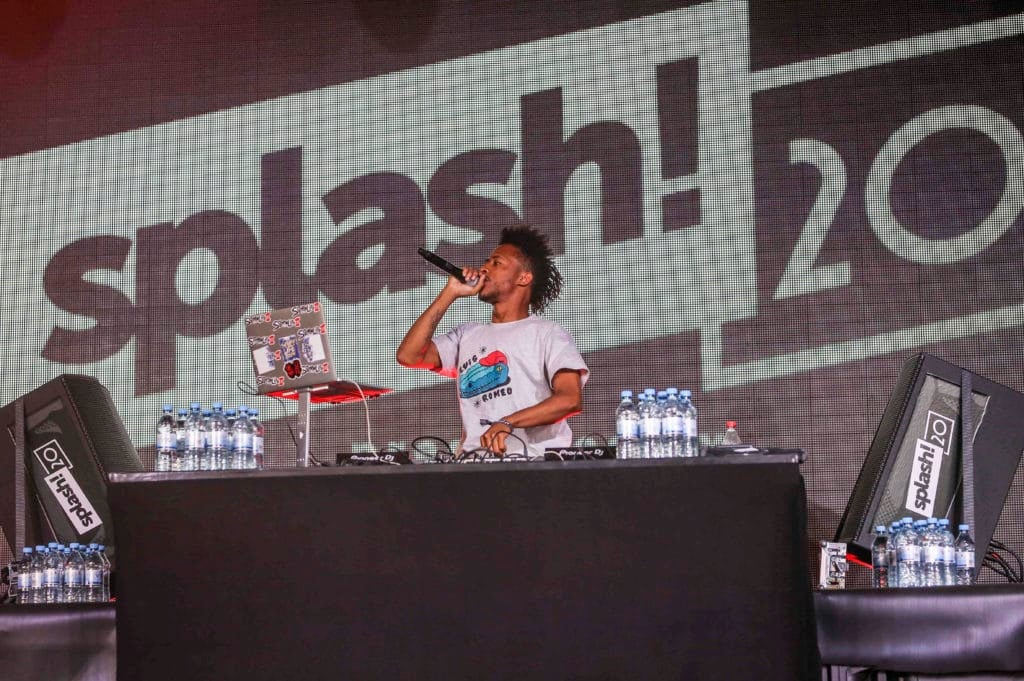 Held annually at Ferropolis in Gräfenhainichen, Germany, Splash! Music Festival is one of the biggest reggae and hip-hop festivals in Europe. In the past, the Splash! lineup has featured music stars like Nas, A Tribe Called Quest, Tyler the Creator, Chance the Rapper and Kendrick Lamar. Ferropolis is pretty much in the middle of nowhere, so you’ll have to rough it on the grounds for a few days, but with six stages and four party tents to keep you occupied, it’s totally worth it. 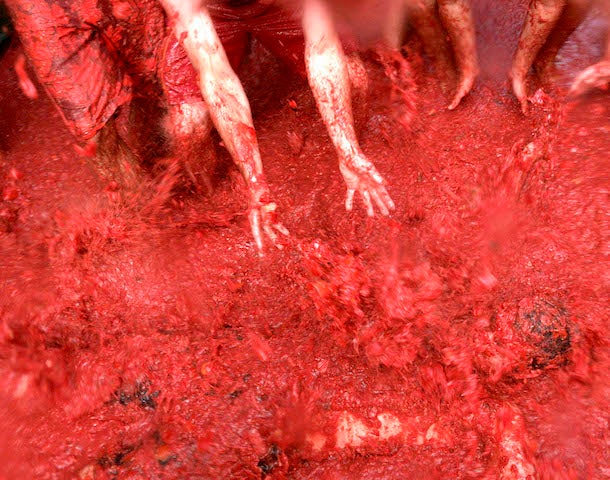 What started as an impromptu food fight on the streets of Buñol, Spain back in 1945, La Tomatina has become an annual tradition for thousands of people from around the world. Close to 30,000 people fill the town’s streets each year to participate in a massive, tomato throwing food fight for a few hours. The result is a lot of laughs, a lot of fun, and lots of tomato sauce. Head down to the river afterwards to wash off or let the local children get in on the fun by hosing you down. 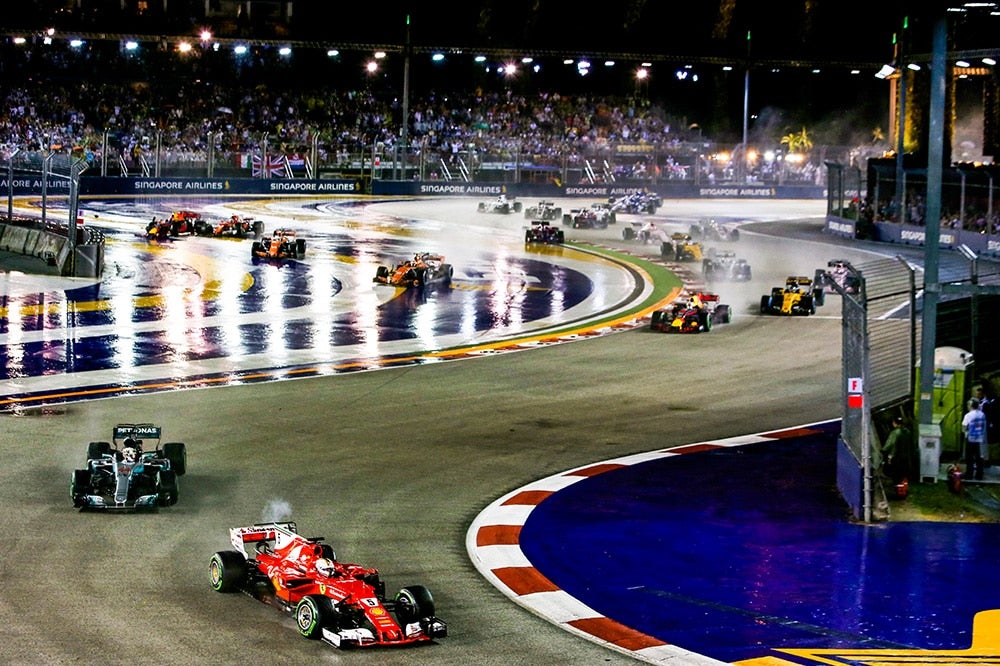 If you’re into fast cars, then head to Asia for the Singapore Grand Prix. The annual event, which is part of the Formula One World Championship, takes place on the Marina Bay Street Circuit. Watch as racers from across the globe, such as Lewis Hamilton, burn rubber in Ferrari, McLaren and Mercedes whips that would make the flashiest rap star jealous. 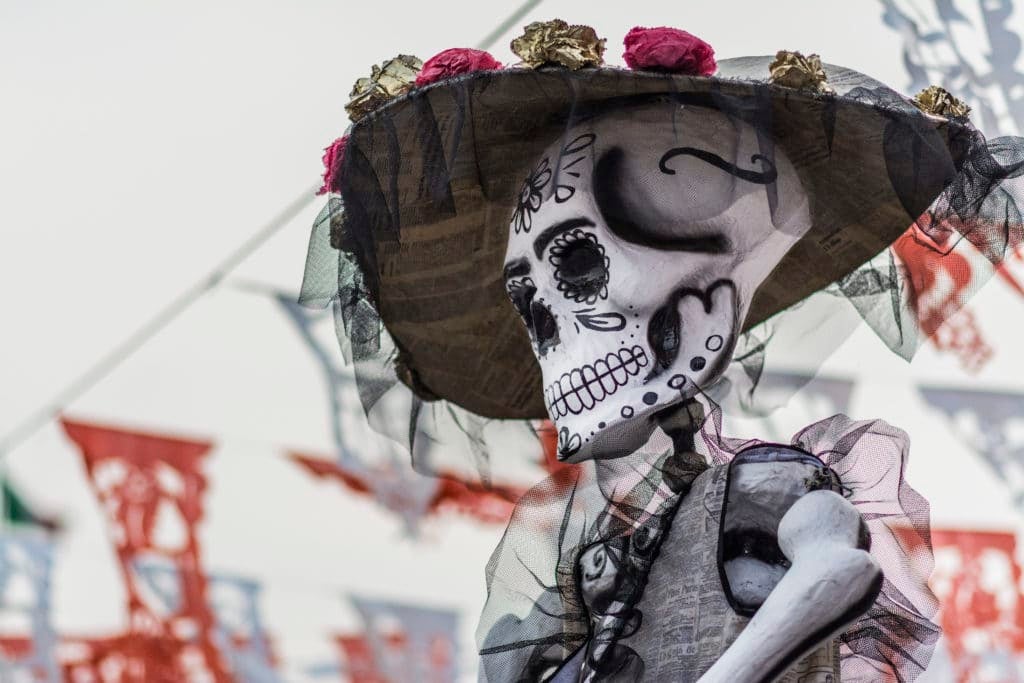 Despite what many people think, Mexico’s annual Day of the Dead celebrations have absolutely nothing to do with Halloween. Instead, the festivities are about life, love and respect for deceased family members. Locals and visiting participants wear Tim Burton-esque makeup and costumes, hold parades and parties, sing and dance, and make offerings to lost loved ones. Each act holds a symbolic meaning, and is certainly a feast for the senses. 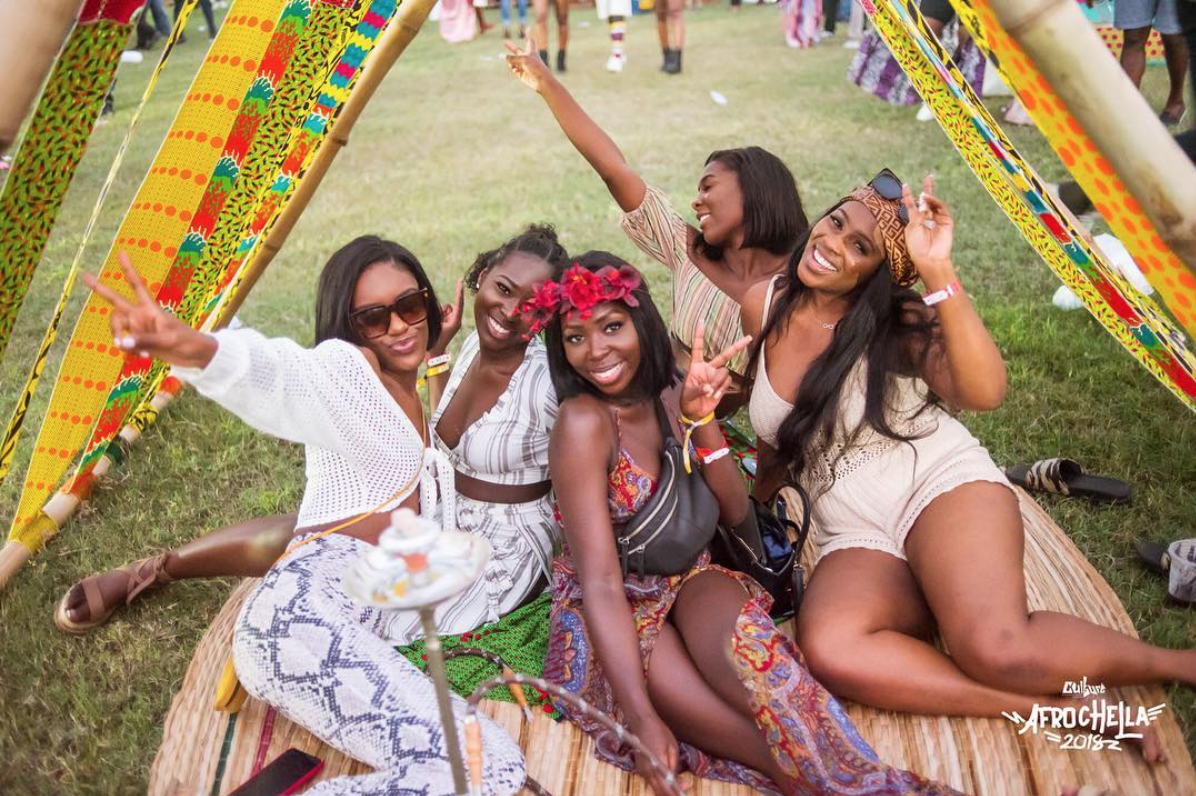 Afrochella is a celebration of Africa’s diverse culture and the vibrant work of African creatives and entrepreneurs. Cool kids from across the diaspora flock to Accra, Ghana just to take part in the most eclectic social event of the season. Trust us, there’s no way you want to miss out on this epic Black excellence affair. 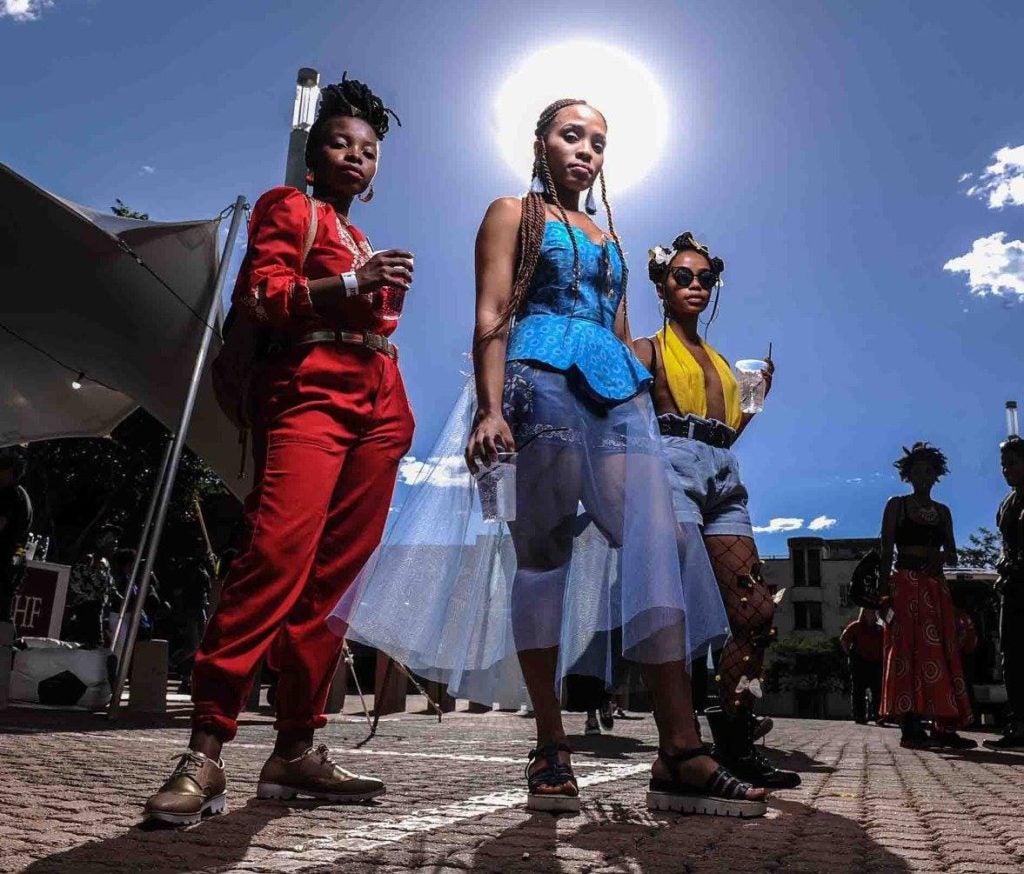 AFROPUNK is a global event that celebrates Black culture through art, fashion and music. Though the festival is held throughout the year in Paris, London, Brooklyn and Atlanta, the place to be to usher in the New Year is AFROPUNK Johannesburg. Artists from across the continent descend on the city to bring its vibrancy to a fever pitch, with Afrobeats, stunning style, one-of-a-kind artwork, and more. There’s no way you’ll walk away bored or uninspired.

‘This Is What I Want One Day’: Lori Harvey Admires Her P...