By Oneika Raymond · Updated October 26, 2020
I have a new motto: when life gets hectic, run away to Curaçao. I’m dead serious. I recently traded the stresses of New York City for the serenity of this island paradise and felt lighter of spirit and rejuvenated of body as soon as I laid eyes on its crystalline waters.

Back in New York City where it's cold and gray but last week's jaunt to Porto Mari in Curacao rests heavily on my mind. Take me back! #rightnowincuracao #curacao

Found in the southern Caribbean Sea, I discovered that the petite island nation is not only a mere 40 miles off the coast of Venezuela, but is also a former Dutch colony. This unique geography and political history have left an indelible mark on the culture, for the interplay between West Indian, Latin, and European influences is strongly felt in Curaçao’s architecture, cuisine, music, and language. Here are a few more reasons why I think absconding to Curaçao is such a great idea: THE BEACHES Curaçao is known as much for its large number of pristine beaches (there are over 35 in all) as it is for the azure-colored drink that bears its name (Blue Curaçao is a world-famous liqueur used in many cocktails).  Since I’m not a huge fan of alcohol, I stocked up on beach time instead, often visiting more than one a day. I perched on the 100-foot long pier at Porto Mari, frolicked amongst the small fishing boats at Playa Lagun, and contemplated life from my hammock on the private beach at the 5-star Baoase Luxury Resort. Subscribe to our daily newsletter for the latest in hair, beauty, style and celebrity news.

Curacao boasts a crazy number of beaches despite its relatively petite size: there are over 35 in all! One of my favorites is Playa Lagun, a beach found in Westpunt, the westernmost part of the island– it's tiny and secluded and adorned with brightly coloured fishing boats. #rightnowincuracao #curacao

THE BEAUTY OF WILLEMSTAD A walk through bustling Willemstad– the island’s capital and a UNESCO world heritage site– is an absolute must. I found Punda, the oldest part of the city, to be the perfect place to shop for everything from sundresses to pieces of local art (be sure to stop at Nena Sanchez’s vibrant gallery while you’re there). Haggling with vendors at the Floating Market and gawking at the colorful buildings comprising the famous Handelskade waterfront are also experiences that are not to be missed. 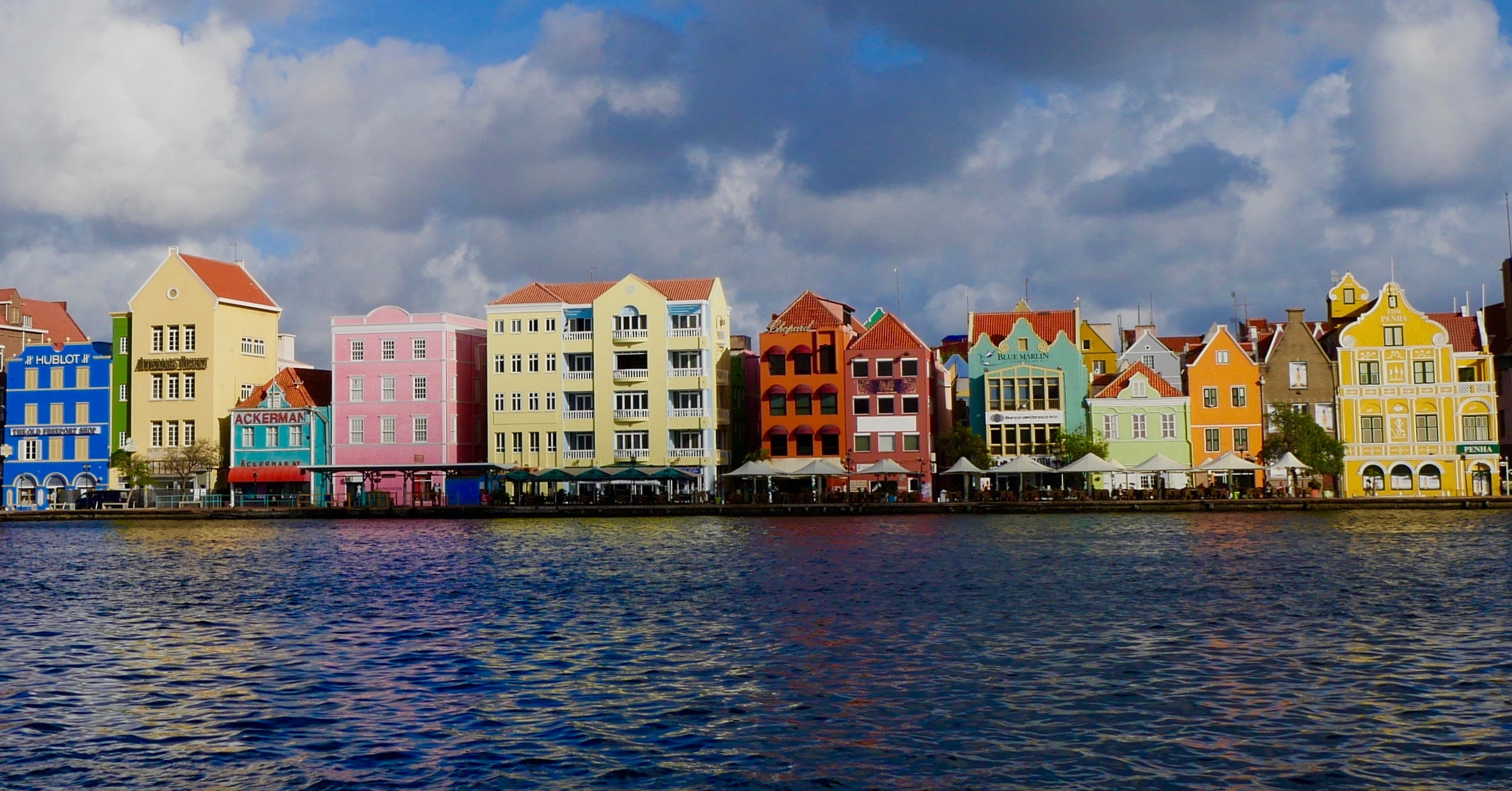 THE PEOPLE Curaçaoans are perhaps the friendliest, most smiley people you’ll ever meet.  They’re likely the most multilingual, too: they easily flit back and forth between English, Spanish, Dutch, and the local language of Papiamentu, and are happy to converse with tourists about the island’s history and attractions. Dushi, a popular word in Papiamentu that translates roughly to sweet, nice, or darling, perfectly describes the people of Curaçao and the spirit of the island. 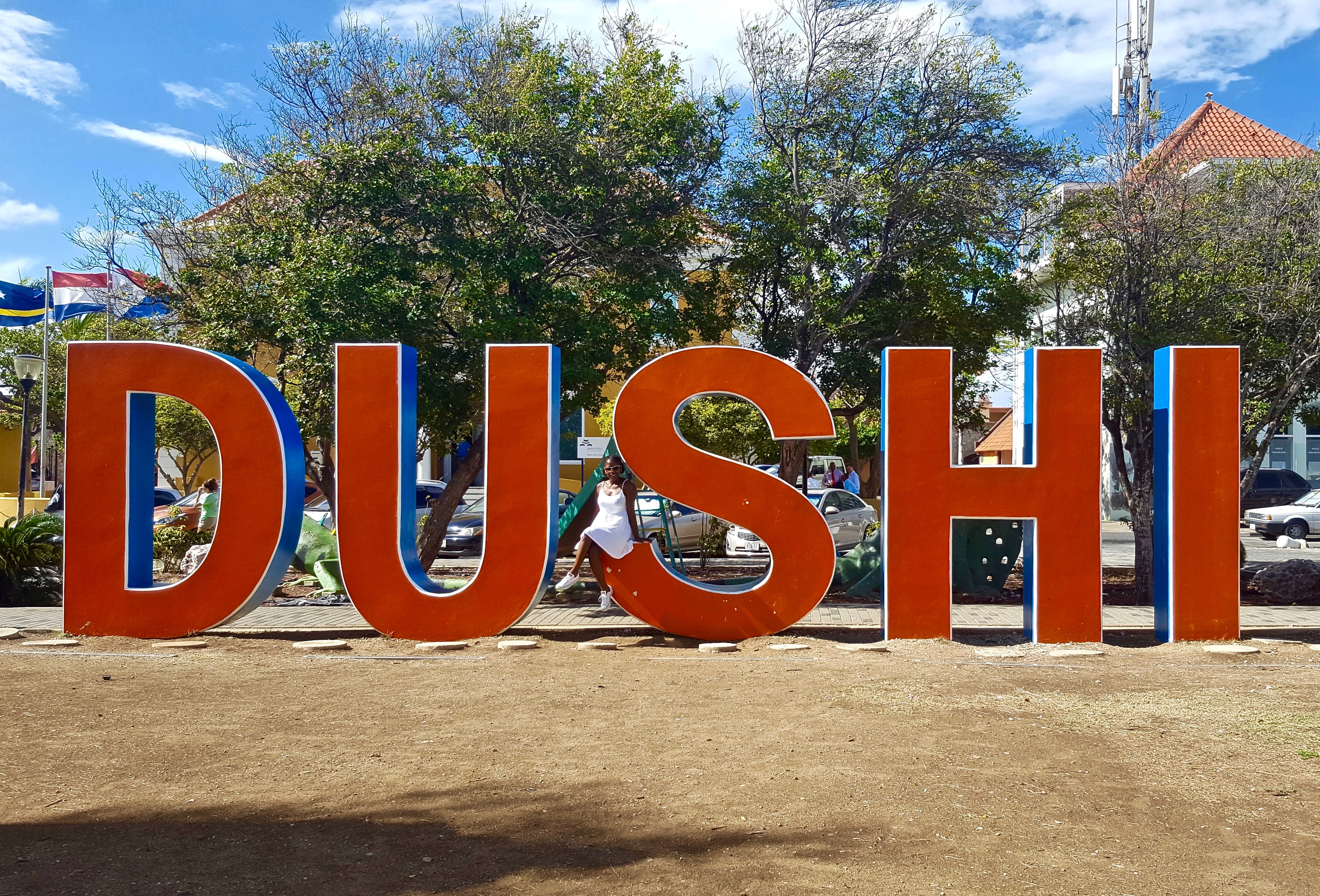 THE FOOD Know that any plans to stick to a diet in Curaçao will go completely out the window! Since Curaçaoan cuisine incorporates Caribbean, Dutch, and even Asian elements, the choices are varied and extensive; of course my solution was to eat everything since I found it impossible to pick and choose! While I was too scared to try iguana stew, an island delicacy, I had bitterballen at Karakter, snapper with creole sauce and fried banana at Ginger, and sushi rolls at The Greenhouse. I washed all of that down with multiple batidos, which are fresh fruit milkshakes sold at any number of the roadside stands dotting the isle.

While you could stay a lifetime, I found that even four days were enough for Curaçao’s restorative properties to work their magic on my tired soul. I was able to let my hair down literally and figuratively; I ate (a lot), drank (a little), and was (extremely) merry. It’s no grand surprise then that the country’s name derives from coração, the Portuguese word for heart– I totally left a piece of mine there, so will have to go back to pick it up.  At least, that’s my excuse. Oneika Raymond is an educator and travel writer whose adventures abroad have taken her to over 90 countries. Follow her journey around the world on Instagram at @oneikatraveller or on her blog at oneikathetraveller.com