Skip to content
Photo Credit: Kellee Edwards
By Brittney Oliver · December 21, 2018December 6, 2020
Despite what social media might lead you to believe, Black people are still missing and underrepresented in the travel space. For Kellee Edwards, seeing pretty photos wasn’t enough, she did not see Black people on television talking about travel and diving deep into the global community. So with her passport – and her broadcast journalism degree in hand – Edwards set out to change the images we see of Black people and travel. After building a vlog and online moniker as Kellee Set Go, and even becoming a pilot and licensed diver, she set her sights on a new adventure – getting her very own travel show. Just as with travel, the road wasn’t always easy, but now Edwards is the first black woman ever to host on the Travel Channel with her show Mysterious Islands, where she’s taking viewers on a journey to experience the less traveled islands of the world. ESSENCE.com caught up with the history making jetsetter to get details on how she landed her opportunity on the Travel Channel, and what she thinks is next for Black travel.
Loading the player...
How did the opportunity to host a Travel Channel show begin? Kellee Edwards: I first met with Travel Channel in 2013. I had a pitch meeting that was only three minutes long, and I was done in a minute and a half. I showed them a one minute video, and I had a 30-second spiel. The VP of Development said, “Wow, we’ve never seen anyone like you before.” I just knew I’d walk up out of there with a TV show, but that’s not how it works. People don’t know this, but these major networks don’t shoot their content, they hire production companies and buy shows from the production company. Travel Channel thought I was intriguing; they gave me a list of people who shoot their shows. The only thing is that production companies don’t like to take unsolicited pitches. I had met face to face meeting with Travel Channel, but now had another obstacle to overcome which is trying to get production companies to have a meeting with me or look at my stuff. I took some of those names that they gave me, and I sent my stuff anyways because if you open the email and you click on a link, and you see a young Black woman flying an airplane, you’re going to be curious. I figured that much, and they were, so I signed my first six-month deal.  I didn’t shoot anything during the six months because I got shelved, so when it was up, I didn’t renew with them. Three years later, I was featured as an inspirational woman in a magazine. After I posted that, someone saw it and reached out to a bunch of production companies on my behalf. Then all of a sudden I went from trying to get to work with production companies to now having six production companies fighting over me. I shot a sizzle reel, then I shot a pilot, then I got picked up to series, and now we’re here. 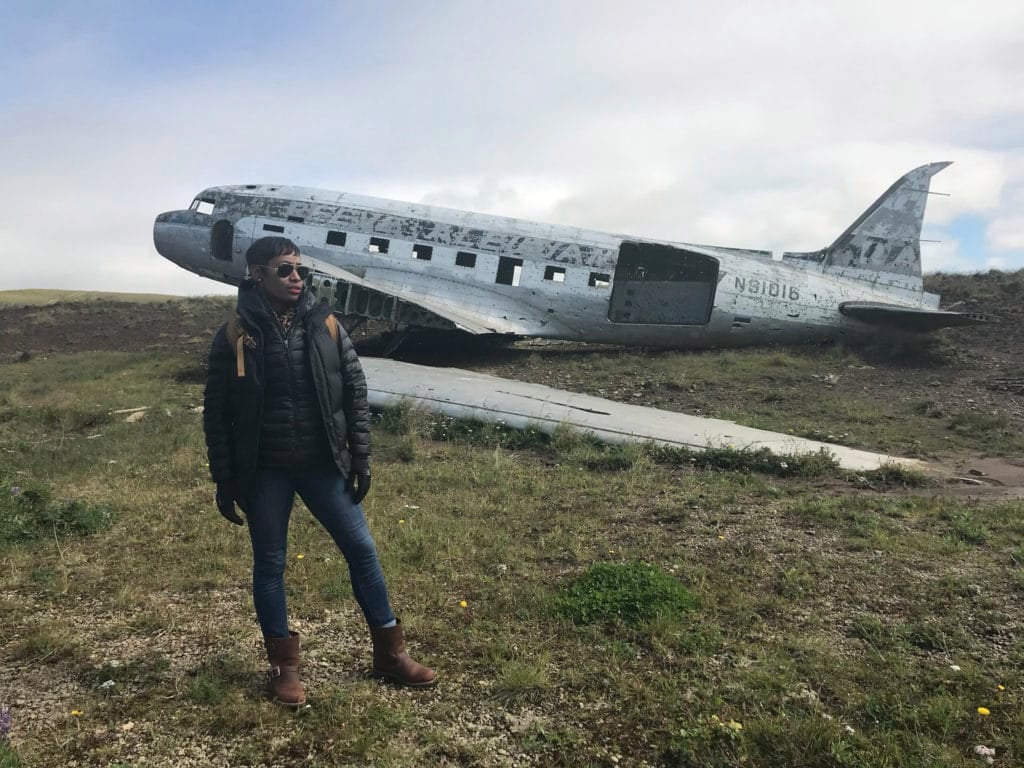 What can people expect from the first season of Mysterious Islands? There’s going to be shock. You’ll see that I’ve had some emotional moments during the show. You’re going to see me having these incredible adventures, these once in a lifetime experiences, and access to places and people that are very hard to visit. For example, I went to Sulawesi, Indonesia, and it took over 24 hours to fly there. I go to Nikolski, Alaska, which is a little tiny island and only 22 people are living there. I go to the Gullah Geechee Islands, and I want to go to a place where I can resonate with the people that I have a personal connection with and that they look like me. We went there, and we filmed an entire episode on Travel Channel with my brown face walking on plantations talking to ninth and 10th generation direct descendants of slaves. It’s powerful, and so it’s been a journey. I think that I’m able to bring a bit of change to what has been seen on the Travel Channel and I’m very proud of it. Over the last few years the Black travel movement has gained a lot of exposure, how were you able to set yourself apart from the other Black travel journalists, influencers and content creators? I knew that to separate myself from the Black travel movement, I needed to do what no one else was doing, plain and simple. The ocean and Black people, they usually don’t correlate. I’m not seeing anyone cover like the ocean, and everyone’s always taking these pictures by the beaches and the boats and stuff like that, but what’s going on underneath is pretty damn cool, so let me get this diving license. Oh, we’re all getting on planes, and we’re all talking about catching flights and not feelings. Well, I’m more concerned about the pilot in the cockpit who’s getting us to these places. I should go learn how to fly an airplane. Black pilots makeup like less than I believe six percent. Female Black pilots are like two percent, and that’s a minimal and elite number of people.  I liked being in spaces where very few people are. Everything they say that Black people can’t do or won’t do, I’m going to do it. That was my plan, that’s what I was telling myself. So I’m going to show up, and I’m going to do this job so well that you have no choice but to acknowledge my perseverance and my work. I’m going to show you that I belong in this space. 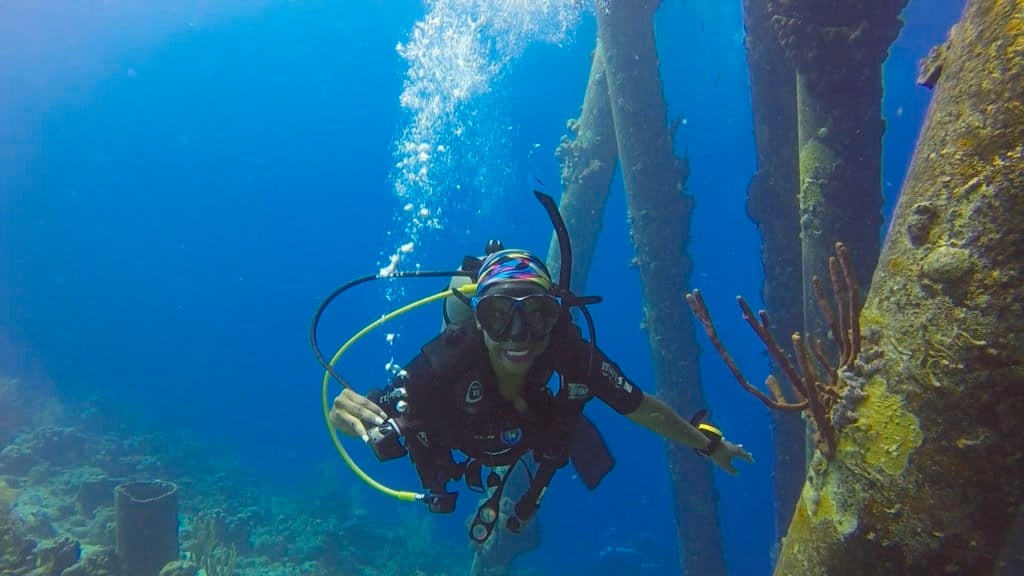 What do you still think is missing in the travel industry regarding media and tourism when it comes to representation and the diversity in voices? I’m looking for a storyteller. I want somebody to tell a story of these places that they’re going. There’s a lot of pretty pictures now, but I want to know the history of these places. What did you experience while you were there? Who were the people that you met? What were your interactions like? I think a person who did that very well was Anthony Bourdain. He got into the depths and the belly of a place, and that’s something that’s been very hard to replicate. I think that people can do that online with their blog posts and Instagram. I want you to take me to the place. I want to smell it, I want to feel it, I want to know about those beautiful moments, and I want to know about those uncomfortable moments. I think that’s what I’ve been able to do with Mysterious Islands. I’m not telling you a story of me being there. I am a vessel of the story through the people that I am meeting. These stories are so incredible to where I still pinch myself at some of these experiences I’ve had while shooting the show. 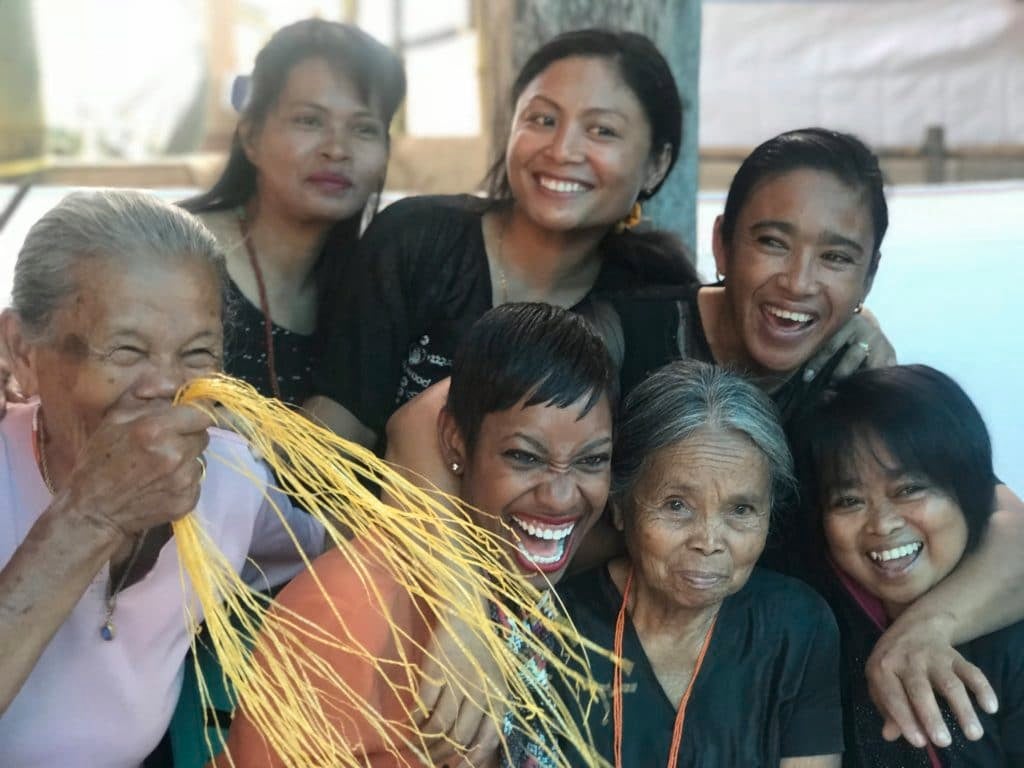 What is the biggest lesson or the most significant realization you’ve had about other people’s perception of blackness? I have been welcomed into so many communities of people who are in awe of my skin. They want to know about my history as an American, as a Black woman. They want to share their perception of what they thought. I think that I’ve encountered a lot of people who think that they know something about us, and it’s usually in a negative way. Then I walk away with them being completely blown away that they were wrong about everything that they thought. I’m happy to be able to show the world that we’re not just angry Black women, we are not just an angry people. Now mind you, we have plenty to be upset about, and I’m angry all the time about the things that I see going on in the world with my community. However, I feel like for me, it’s important that I show these people that the world is not theirs, the world is mine too.  I can experience it in the same way you can, if not more. I like to say it through my actions and not necessarily through my words, because people will remember what you do, and not necessarily what you say, and so I’m doing a lot. Catch the season premiere of Mysterious Islands on Wednesday, December 26th at 11pm EST on the Travel Channel.