Let’s face it: Running a business alone is tough, never mind with another person. Yet it’s possible. But what if the partner is a sibling, friend or spouse? There are 2.2 million business pairings in the United States, according to the nonprofit group Tax Foundation, and reportedly more than half of those enterprises ultimately fail. Wondering how to be among those that are flourishing? For starters, you and your associate must implement some solid rules of engagement. If you’re dreaming of taking on a venture with someone close, follow this advice from a few thriving entrepreneurs on how they’ve made it work. 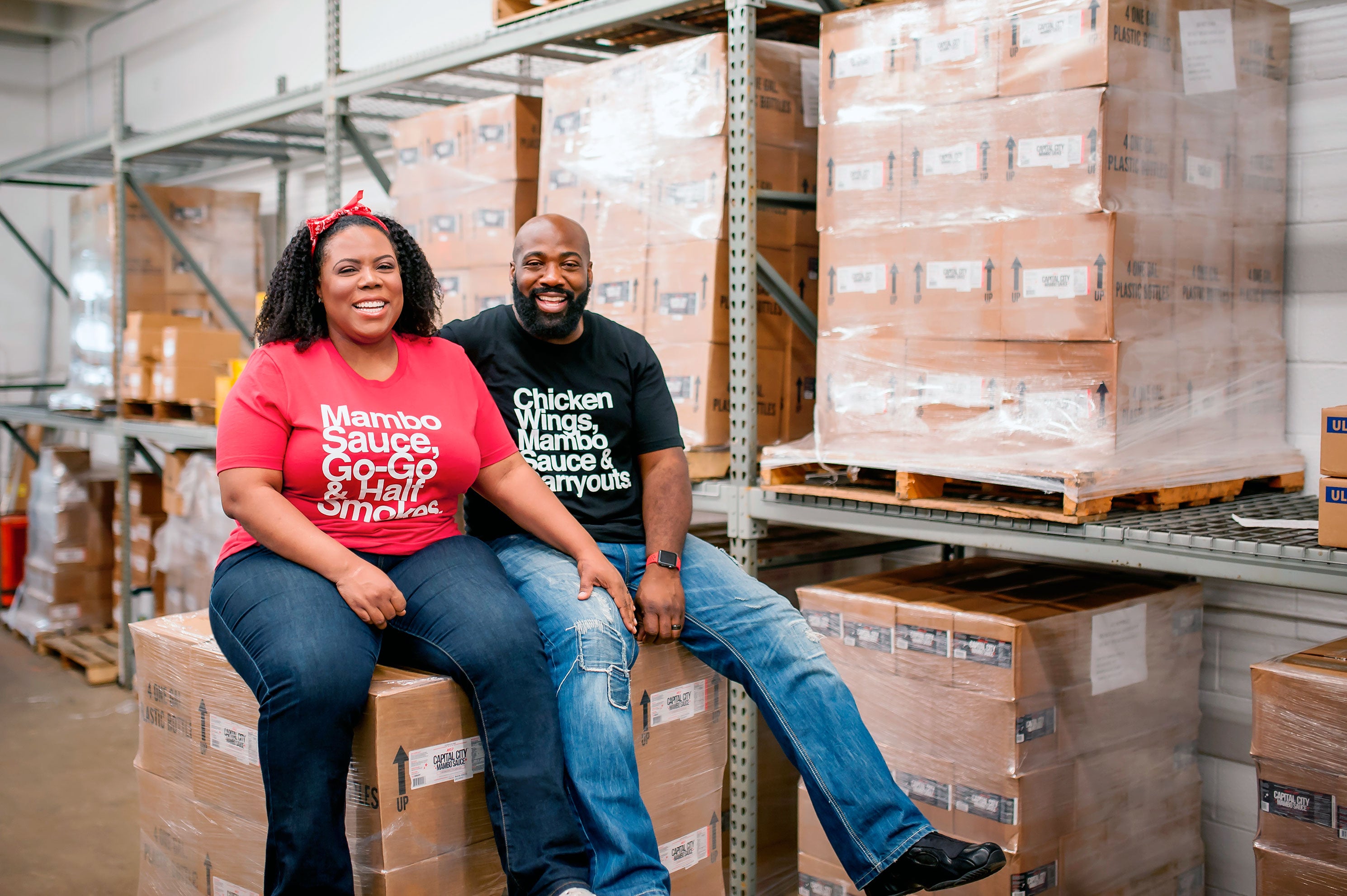 In 2011, when Arsha and Charles Jones launched Capital City, a specialty foods manufacturer that sells a condiment with a cultlike following called Mambo Sauce, they knew that keeping family a priority was nonnegotiable. “We’re both committed to making the business a success, so even if we have a disagreement, we know we have to make this work—for us and our children,” says Arsha, 40. She handles the marketing, sales and social media, while Charles, 44, overseas logistics and manufacturing. “We have a mutual respect for each other, meaning there are just some things you won’t do or say, because you know those actions will affect your partner,” Arsha adds.

Agree to disagree. Constant bickering doesn’t work for the Joneses. “We don’t always agree,” says Arsha. “We try hard to maintain a certain level of peace in and outside the office.”

Balance family and business. Starting out, there was little time and money. “We sacrificed time with our kids because we knew it would pay off in the end,” says Arsha. “To give them a sense of ownership, we gave them jobs that match their personalities.”

Make time for yourself. Because they work together all day, the two prioritize downtime spent away from each other. “We both had fulfilling lives before we got married. Starting a business shouldn’t change that,” says Arsha. 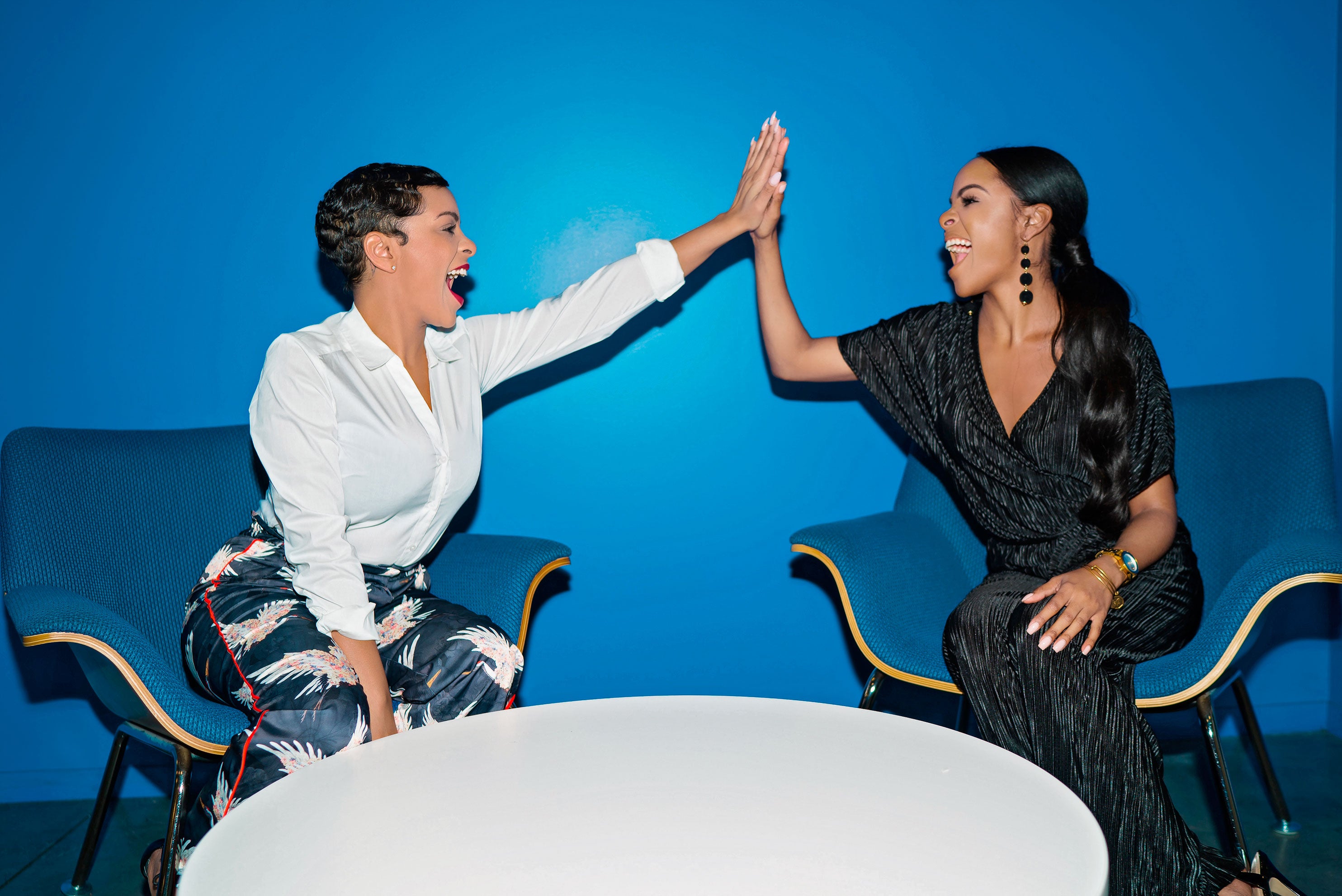 Only 17 months apart, Erica and Andrea Hamilton, cofounders of Theory Communications, a thriving PR firm in Atlanta, are more like twins than traditional siblings. “My sister and I have always been close, so our chemistry and bond are airtight on all levels,” says Andrea, 29. “Our business is successful because we know who we are,” Erica, 30, chimes in. “When you are aware of yourself and your skill set, you can properly apply yourself to every aspect of the business and be an asset to your partner.” With a client roster that includes Los Angeles Clippers guard Lou Williams; Grand Hustle, legendary rap artist T.I.’s record label; and beauty maven Ming Lee—and revenues for 2017 reaching $320,000—the siblings are well on their way.

Leave favoritism at the door. It never works when you treat family like family in a professional setting. “The lines can easily blur, which leads to laziness, arguments and a lot of personal conflicts spilling over into the business,” say the siblings.

Let outsiders in. “You have to acknowledge you can’t do this with just one person,” says Erica. “The moment we began to trust others and expand our team was the moment our business multiplied.”

Push past personal issues. The sisters say they have an unwritten rule as soon as they get into the work environment: “Put a smile on.”

After connecting in a Facebook group for women in 2015, Lakshmia Ferba and Andrea Foster-Moore became fast friends. “She was one of the first people to reach out to me outside of the group and we clicked,” says Ferba, 27, senior managing partner of LMF Consulting Group, a digital marketing agency. Ferba had been running the boutique agency out of her Atlanta home for five years, but she needed a partner to oversee operations. Enter Foster-Moore, a 37-year-old serial-preneur. “I owned a successful day care and cleaning business and was intrigued about the possibility of building out the business online, so we joined forces in 2016,” says Foster-Moore, the company’s COO. The two say their collaboration works because they are in tune with each other’s strengths and weaknesses.

Discuss other topics. The women insist on weekly “girlfriend chats” to spill the tea about their favorite Atlanta Housewives. “Talking business 24/7 is boring and repetitive and puts a strain on the friendship,” says Ferba.

Accept your differences. Unlike Foster-Moore, Ferba prefers a more formal work environment. “Entrepreneurs are used to things not being as structured or planned, but you also think outside the box,” says Foster-Moore. They’ve learned to compromise.

Protect your friendship. To curtail conflicts, they have agreed to split the workload and handle certain programs individually. They also realize that there are days when circumstances don’t allow them to vent as friends.