Two women reveal what life is like after losing a sister or mother to breast cancer and how they choose to honor their memories.

Losing anyone, much less to breast cancer, is an indescribable, and often overwhelming feeling of pain and loss. Though difficult for anyone who has been touched by this to endure, the personal experience of loss and grief is different for everyone left behind. It can happen in an instant, or over the course of many years. Many people choose to grieve privately and honor their loved ones in their own way, while others either find solace in empowering and supporting others while they are also going through the loss, or by keeping the person’s memory alive by sharing their legacy with others. There’s no “right” way to deal with losing a mother, sister, daughter or friend to breast cancer. These women have overcome their grief and pain, to become the women they are today, through the memories of their loved ones. Here, they share their stories on how breast cancer has impacted them and how they choose to honor the memory of those they lost.

THE LOSS OF A SISTER: Julie Harbour’s Story

Donna Brewster was the older sister to Julie Harbour (pictured above) by three years and the second to the youngest in their family of six children. Because of the gaps in age of the children, their other four siblings were teens or out of the house when they were born, and as such, they were extremely close.

As the older sister to Julie, Donna was always protective of her younger sister. Julie recalls, “She would sometimes say, ‘don’t worry about me, I’ll be okay’. A phrase I know many cancer patients use because they worry about how their loved ones are feeling about their diagnosis.”

“It hurt my soul, when she passed,” Julie shares. “She wanted so much for her life, and she wouldn’t be able to achieve the goals she set before her.”

On her journey with her sister throughout her fight: I can still vividly remember the day I received that call from my sister Donna saying, “I found a hard lump under my arm.” She explained that while she was walking around her apartment, she ran into a door jam and discovered the mass. I sat in my office, at the American Cancer Society (ACS) stunned, but hopeful it was nothing. I definitely thought to myself, breast cancer at her age? No way.  I went on to tell her that based on my time with the ACS (8 years) and from what I knew, women at age 35 weren’t diagnosed with breast cancer very often and it couldn’t be cancer. Donna told me she was scheduled for a biopsy to find out what was going on. A few days later, my mother called to confirm that my worst fears were realized. My sister had breast cancer.  And I was wrong. Donna was very secretive about her prognosis and my family didn’t really talk about it or her decision to decline the cancer treatment suggested by her oncologists.  She told me she refused to be “burned”, in what she deemed a very, very aggressive treatment plan. She would instead use holistic methods alone to fight the disease.  No one really gave her any resistance about what she chose to do with her body, and the one friend who chose to say something was alienated. In the year and a half before she passed, Donna immersed herself in her faith and giving back to the community, until her pain was too much. I also remember getting a call from her after a childhood friend of ours had passed away in his sleep, at age 33. The call was painful for both of us as we cried and as she proclaimed, “I thought I would be gone, first.” Donna moved in with my parents eventually, and my mother became her caregiver.  There were many, many trips to holistic doctors who prescribed natural remedies to cure her.  The cancer literally started to ravage her body and one night while experiencing shortness of breath, she called her doctor inquire about starting treatment, over a year later.  She passed a few months after beginning her treatment.

Keeping her legacy alive: By giving out pink ribbons during BCA month, supporting friends who are fighting the disease and by having my exams every year!  I started early (age 32) because of her diagnosis and the prevalence of the disease in my family.  My eldest sister, Beverly is a breast cancer survivor. Her legacy lives on when I tell her story.  Hopefully I can help someone in their fight to utilize both holistic and conventional medicine to cure their cancer. During my time at the American Cancer Society I gave presentations to community based organizations and groups about cancer prevention, early detection and risk reduction.I was recently invited to attend the Susan G. Komen’s Pink Saves Fashion Show here in Los Angeles as media (I am a Lifestyle and Fashion Blogger) to showcase their event honoring breast cancer survivors and the angels that supported them during their fight against cancer. 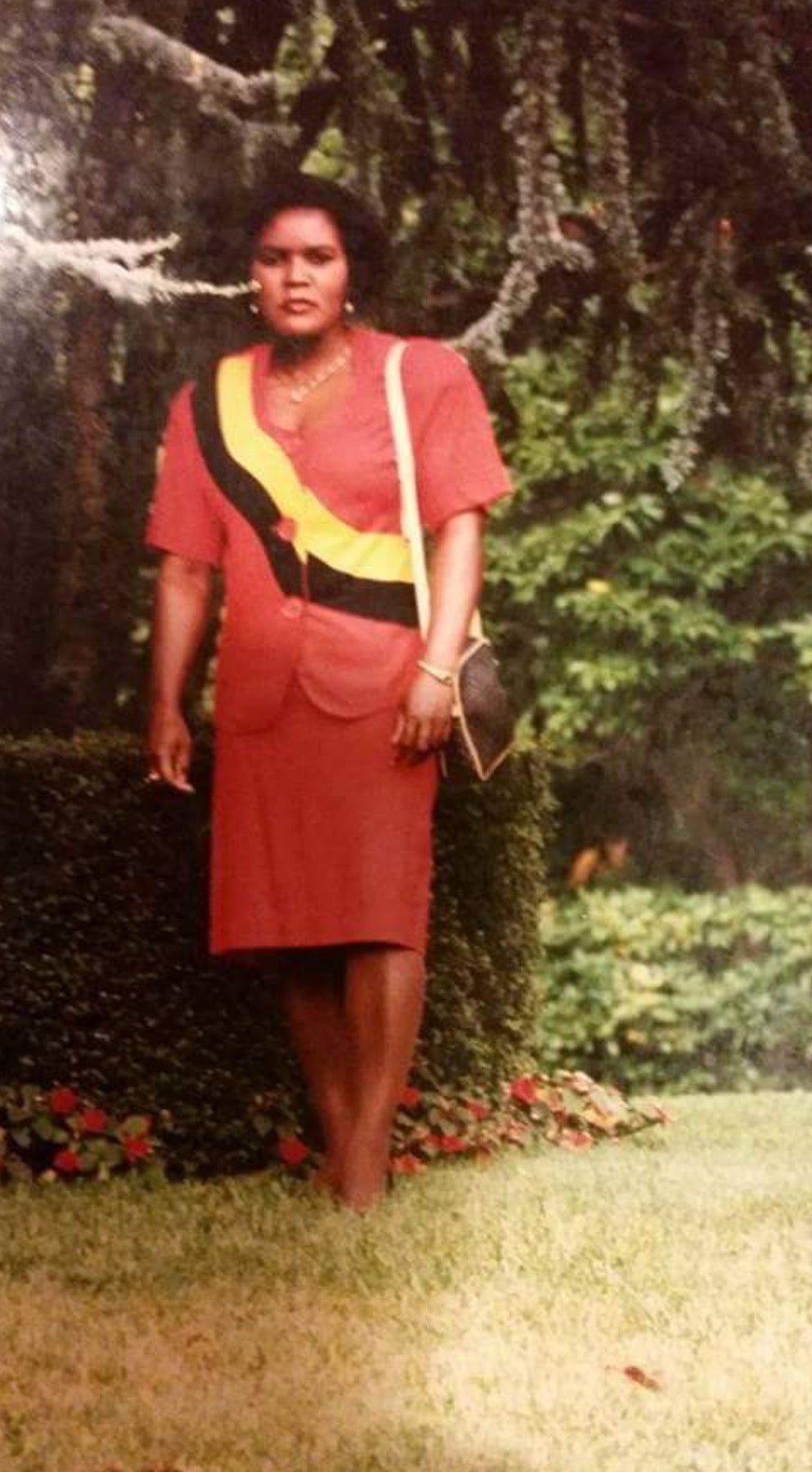 THE LOSS OF A MOTHER: Claudine Isaac’s Story

The impact of loss at a young age: “I lost my mom (pictured above) to breast cancer when I was two years old. Throughout my entire life I have always been curious as to what my life would be if she were here. I wished she could be at my competitions, my graduations, and be there for me whenever I cried before an exam. Her loss resulted in many familial issues and problems with my self esteem. I was a kid so I often blamed myself. Like maybe I wasn’t deserving of a mom or maybe I did something wrong. I know that before she passed away she used to hold me all the time and that I never used to let her go. My aunts, her sisters, have told me several stories where she never wanted to let me go either because she knew that, “No one would ever love me the way she did.”

Keeping her legacy alive: “I keep her legacy alive by being the best woman that I can be. I compete at my competitions every year as a member of the mock trial team at NYU. I volunteer to help other young girls prepare for college. I participate in several breast cancer awareness events. Every year on the 18th of October, I take the day off to pray and be with her spirit. Essentially there isn’t a person who knows me who does not know that I do everything I do so that my mom can smile down at me.”