Any critical diagnosis can leave you curled up in a ball  of fear, anger and confusion. Throw in the social stigma associated with a diagnosis like HIV and odds are your emotional and mental state will suffer even more. In 2014 Blacks accounted for 44 percent of all new estimated HIV cases in the U.S., and Black women out- numbered Hispanic and Caucasian women diagnosed with

the disease nearly four to one. Thankfully, our numbers are beginning to decline and more women are taking control of their circumstances. As we commemorate World AIDS Day, meet these HIV-positive women who have achieved their dreams and live every day to the fulles.

Hearing she was HIV-positive in April 1999 left Michelle Anderson-Morrison thinking her life was over. “It was a shock because I didn’t have symptoms,” she says. “Even though I had made

some bad decisions, I didn’t think this could happen to me.” Depression quickly set in. “I thought my life was over and I was going to die,” says Anderson-Morrison. “I thought, Who would love someone like me? I’m fat, Black, HIV-positive and have three kids by three

different men.” A few years later her life spiraled out of control. Issues with substance abuse and not taking HIV medication landed her in a Las Vegas hospital: “I was on my deathbed because I let HIV and drugs be in control.” The birth of Anderson-Morrison’s grandson later that year was a turning point and helped her focus on staying clean. She sought treatment for her addiction and health problems. “I realized living with HIV meant embracing every birthday, because it isn’t promised to any of us,” she says. “I realized I can do anything. HIV doesn’t have to dictate the outcome.” A friend’s involvement in the Miss Texas Plus America

Pageant program led Anderson-Morrison to pursue the crown as well. She was an openly HIV-positive contestant with a platform of educating others about their risk of contracting the disease. “I wanted to raise awareness in the African-American community about the importance of all women getting tested,” she says. “I never thought I’d win.” Although she wasn’t successful at the local level, Anderson-Morrison took the national crown in 2011 and became the world’s first known HIV-positive national beauty queen: “I accepted that title for every single HIV-positive person out there. We all won that night!” The year Anderson-Morrison captured the crown, she also found new love. While in school to receive her associate’s degree, she met a classmate who turned out to be her soul

mate: “I told him I was positive when we started dating—before our first kiss.” She admits their romance was a bit bumpy in the beginning and required patience. “We talked a lot and discussed safe sex and how to protect his health because he’s HIV negative,” she says. “I wanted to be open with him and never take from him what was taken from me.” The couple married in 2015. Anderson-Morrison now spends her time raising aware- ness about HIV. She’s a national ambassador for the Greater Than AIDS Empowered campaign and was cochair of the Texas chapter of the Campaign to End AIDS. “Having HIV forced me to get in touch with the Michelle who was underneath all the hurt of being sexually abused as a child and trying to be everything to everyone,” she says. “I love the Michelle I met. She’s awesome!” 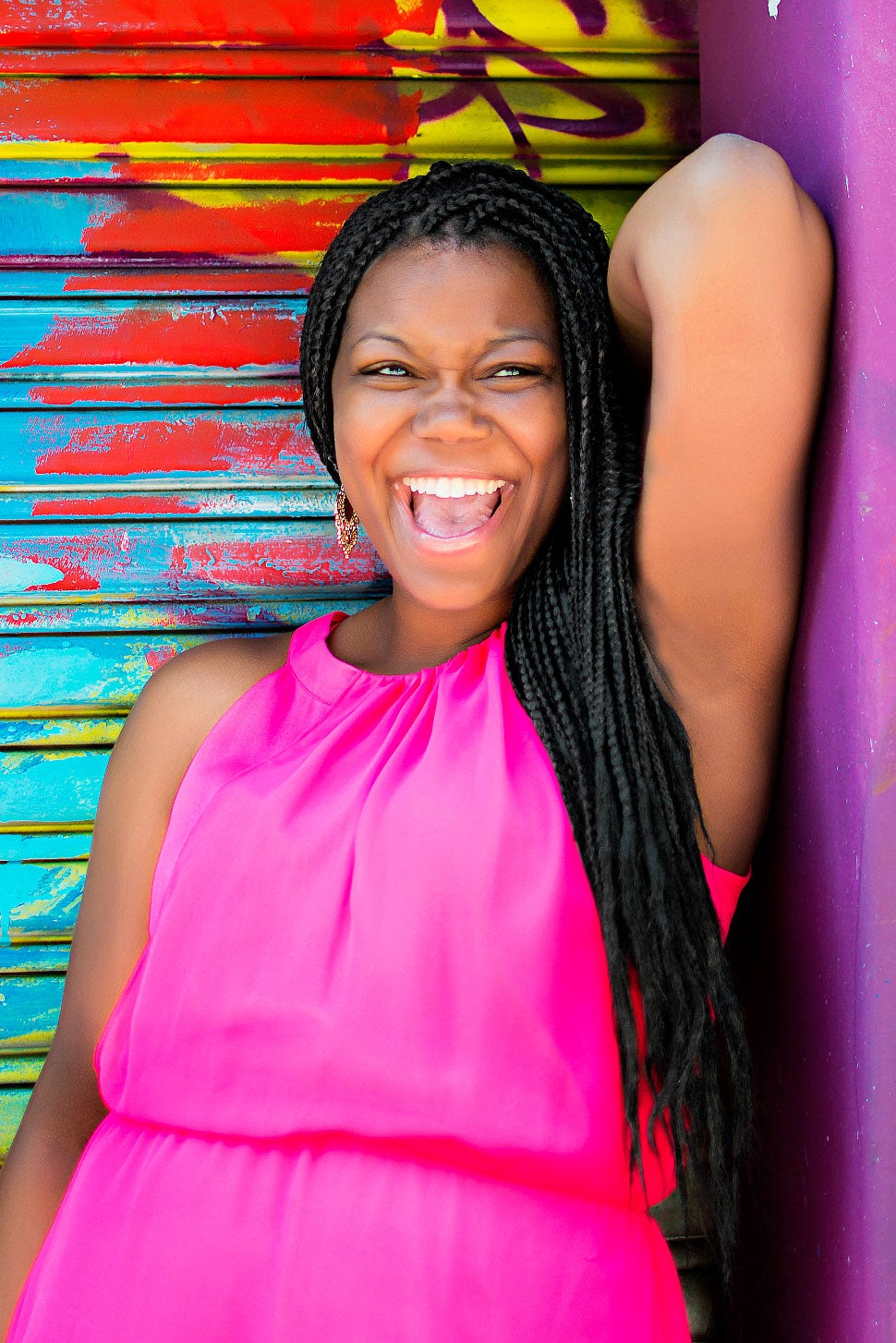 HIV screenings were a routine part of Masonia Traylor’s life.“I wanted to make sure I knew what was going on in my body,” Traylor says. When her October 2010 screening came back positive, her diagnosis felt like retribution. “I thought God was punishing me for having sex before I was married.” The news tore at the foundation of who Traylor was as a woman. “I thought my dreams were flying out the window, and questioned my

morals because I had always lived clean and sober and thought I was making good choices,” says Traylor, who at the time had already completed her associate’s degree. She realized that her HIV screenings weren’t protection. “Couples should get tested together to know each other’s status. I assumed if I was negative, then the person I was with was too. That was misguided.” After spending two weeks in tears, Traylor received a second shock. “I found out I was pregnant,” she says. Her baby’s father tested negative and she believes she contracted HIV from a previous relationship. The one–two health punch was overwhelming: “I was bouncing between several different doctors while trying to make ends meet. I couldn’t see me ever returning to school.” Giving birth to an HIV-negative baby was a highlight in Traylor’s otherwise emotionally dark life. “I took pride in that because I worked hard for my daughter’s health.” She enrolled at Georgia State University, later earning a degree in public policy, and fulfilled her aspiration of traveling around the globe. Whether going abroad for work as an HIV activist or for pleasure, Traylor is quickly collecting stamps in her passport. She has steered horses through the ancient streets of Marrakech and saw the Mona Lisa  while touring Paris with her mother. Her enthusiasm for overseas exploration has even rubbed off on her children— her son recently hopped across the pond with his grand-mother to watch the Giants play football in the United Kingdom. “I also travel a great deal for work, having shared my story and lessons with more than 60,000 people,” adds Traylor. 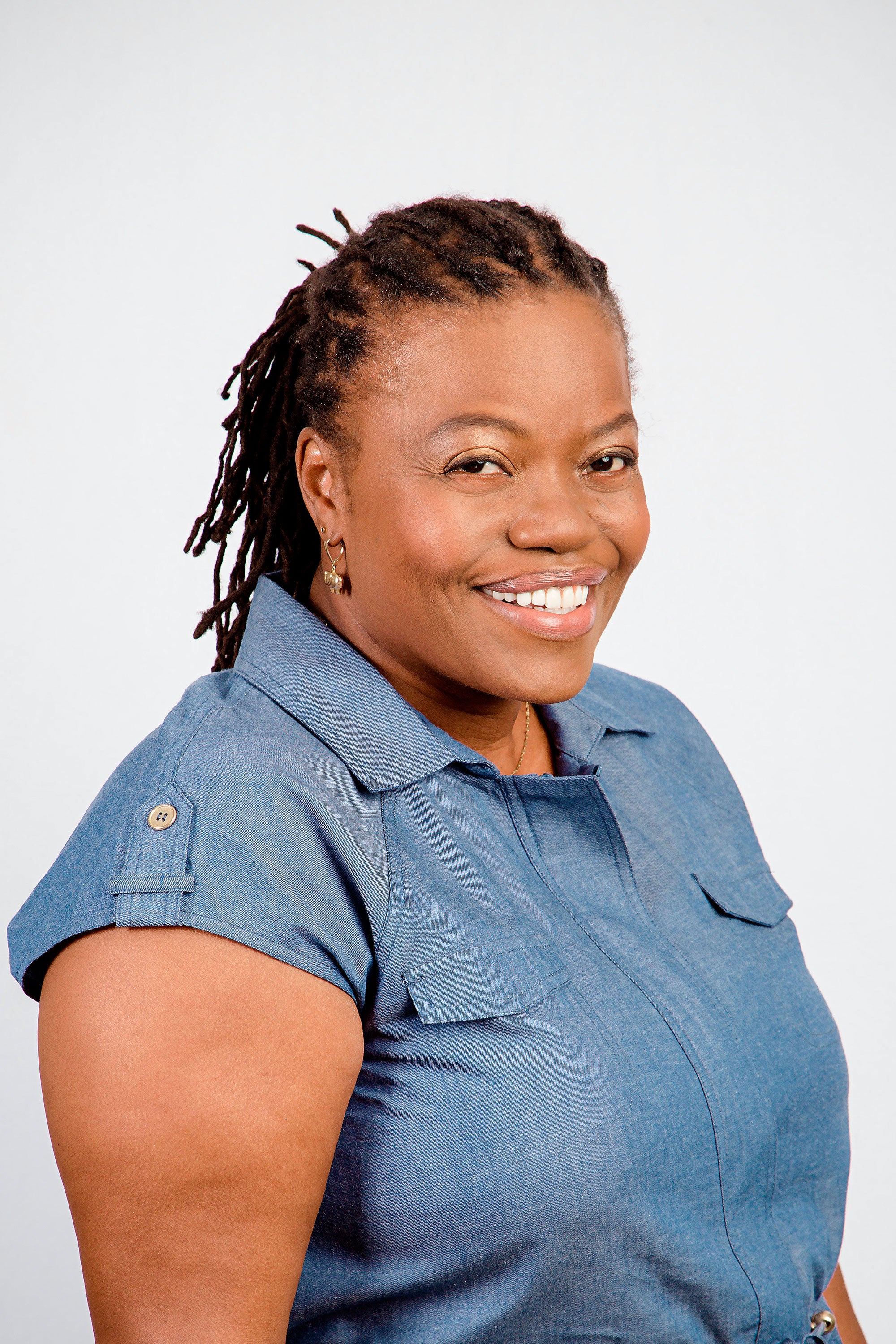 In 1985 Michelle Steele was battling what she thought was

meningitis but later turned out to be tuberculosis. A year spent undergoing treatment for TB took a toll. “I was using drugs,” says Steele. She entered rehab in May 1992 and a test revealed she was HIV-positive. “My heart fell apart.” Looking back she says she believes she was positive in 1985 because of the symptoms she had at the time. “I didn’t know what HIV was and my doctors

didn’t mention it.” It was hard to share the news with her HIV-negative son, then 7. “I had to inform him so he wouldn’t see me as a liar and because he kept asking why he was an only child,” says Steele. The emotional blow of her diagnosis took her from having a high-paying job in customer service in New York City to scrounging around for a few coins, drugs or food on the street. Then, in 2009, Steele had an awakening. “I looked in the mirror and didn’t like who I saw,” Steele says. “I didn’t like the mother I was to my son. We both deserved more.” She went cold turkey and adopted a clean lifestyle. She saw her HIV

diagnosis as a way to pursue a lifelong passion. “Since I was 16 or 17, I’ve wanted to help others. I have a sister with cerebral palsy who was always in doctors’ offices and hospitals,” Steele says. “It hurt to see and know she’d get taken advantage of, so I wanted to give education, support and encouragement to those who can’t give it to themselves.” As an elected member of Amida Care’s member advisory council, she assists in collecting and voicing member feedback for the improvement of programs and services. “I look forward to showing people I come in contact with some motherly love.” Steele sees her HIV diagnosis as possibly extending her

life. “If I wasn’t positive, I might not have turned my life around,” she says. “I might not have had regular checkups and found out I was on the verge of a stroke earlier this year because of terribly high blood pressure. Ironically, HIV has helped me take back my life in order to give to others.”

Visit greaterthan.org to learn the latest on HIV/AIDS and how to treat and protect yourself and your loved ones.

This feature originally appeared in the ESSENCE December 2016 issue