In December 2013 Dartricia Rollins had a hunch that she might be pregnant.

“I went to apply for Medicaid and they gave me a list of places I could go to get a free pregnancy test, because obviously if you don’t have health insurance, you more than likely don’t have a doctor, and more than likely you can’t afford to pay for a blood test,” she says.

She was only 22 years old—a freshman majoring in psychology at Atlanta Metropolitan State College. On the list was a pregnancy services center in Marietta, Georgia, which was located close to her home in the suburbs of Atlanta.

“D’Juan, my boyfriend at the time—he’s my husband now—looked them up online. We didn’t see anything alarming. We called and scheduled an appointment for later that weekend,” she recalls.

Rollins walked into a well-lit facility with staff members in medical scrubs. She provided them with her medical records, her driver’s license, her social security number and a urine sample and was immediately called in to see a counselor to talk about her pregnancy. She was given an ultrasound as well.
Rollins believed the staff who served her, including the person who had conducted her ultrasound, had medical backgrounds. She was likely wrong. She assumed that they were there strictly to provide medical services. She was probably wrong about that too.

Rollins has since learned that she had entered one of the so-called crisis pregnancy centers, or CPCs, which have been around since Roe v. Wade and are linked to deceptive efforts to confuse women who are seeking reproductive services such as prenatal care, birth control and abortions. They may give a woman an ultrasound, but they also counsel her against abortion and, in some cases, even discourage birth control, according to some reports.

By some estimates, there are nearly 3,000 of these fake clinics across the United States.Adrienne Kimmell, NARAL Pro-Choice America’s vice-president of communications, says these crisis centers are intentionally positioning themselves in or around Black neighborhoods.

“These are folks who often go into communities where there are high numbers of women of color, including Black women,” she says. They use billboards targeting Black women. Melissa Grant, chief operating officer of carafem, a nonprofit women’s health care organization with clinics in Washington, D.C., and Atlanta, says some are buying advertising on Black television and “we know antichoice organizations have used online target advertising where Black women and Latinas are clicking.

“Instead of working to address the full cadre of social issues surrounding unintended pregnancies, the CPCs are focused on eliminating options. That’s not treating the problem. You can’t isolate abortion from other social justice and human rights issues,” Grant says.

SHAMED FOR SEX
When she was 16, Jessica Estes walked into a Birthright location in St. Louis, believing she’d be able to get a pregnancy test and medical help. Instead, she says she found herself sitting opposite an older White woman who tried to humiliate her for having sex.

“At 16 I am carrying everybody’s shame about the situation anyway, and I am nervous and worried—she was an adult. I grew up in a family of southern Baptists who converted to Catholicism. I respected adults,” she says. “I didn’t feel like I could say, ‘I don’t like what you are saying to me….’ I just sat there and let her berate me.”

Now 30, Estes is a statewide organizer at NARAL, a nonprofit that mobilizes to protect reproductive freedom. Estes says these places take advantage of women during a vulnerable moment in their life, using deceptive Web sites and dishonest advertising. She often sees the ads on the sides of buses or on billboards in Black neighborhoods where she lives. She also hears them on Black radio stations.

“They say, ‘We offer free ultrasounds and free pregnancy tests and free health care.’ They ask things like, ‘Are you pregnant and scared?’ It’s usually a woman on a billboard looking sad. They are advertising to people like me at age 16 who don’t know what to do or where to turn. It’s a great marketing plan, and it works,” she says.

The problem is that they often don’t provide what they advertise. In fact, according to Estes, the staff is trained to deflect when women inquire about their reproductive health-care options.

That ambiguity is at the heart of NIFLA v. Becerra, a U.S. Supreme Court case that began oral arguments on March 20 of this year. The National Institute of Family and Life Advocates (NIFLA), an antiabortion organization that operates hundreds of CPCs, is suing the state of California and Xavier Becerra,
the state’s attorney general, to stop the enforcement of the state’s Reproductive FACT (Freedom, Accountability, Comprehensive Care, and Transparency) Act. Many believe Justice Neil Gorsuch, a Trump appointee, will rule in favor of antiabortion groups. According to experts, the decision could set a precedent for women’s rights for years to come.

The California law was designed to prevent women from being deceived when searching for reproductive services. It mandates that facilities that provide family planning services make clear their stance on abortion and whether they have a licensed medical professional running the facility. It also requires full disclosure from centers that advertise that they provide a range of pregnancy-related services, including abortion, but are really there to encourage women to have their babies.

Lawyers for the centers claim that California’s forcing them to post disclosure signs that tell clients abortion is an available option is a violation of their freedom of speech. The CPCs argue the state’s requirement “has an unmistakable advocacy component” and is forcing them to provide a message that goes totally against their purpose.

In a statement on its Web site, NIFLA’s president, Thomas Glessner, says thousands of centers have provided “compassionate care to millions of vulnerable women. Run by pro-life nurses, doctors and other employees, as well as volunteers, these privately funded organizations provide free ultrasounds, counseling, education, adoptions, maternity housing and more.”

According to Grant, “taxpayers are also paying for these fake clinics.” For example, she says, the Department of Health and Human Services has diverted millions of dollars from family planning programs, such as birth control services, breast exams and STD testing, to abstinence programs in the crisis pregnancy centers.

“That’s just on the federal level,” according to Grant. States like Texas and Pennsylvania have poured a significant portion of their budgets into CPCs, which far outnumber abortion clinics. Grant says, “For example, there are 79 CPCs in the state of Georgia and 13 abortion clinics there.’’

Maureen Zink, executive director of Birthright Counseling in St. Louis, says the four centers in the city are privately owned. “We get no government money. We try to veer away from those ‘fake clinics.’ We are not a medical clinic, and we make that clear. However, I am and all of my counselors are licensed social workers.” 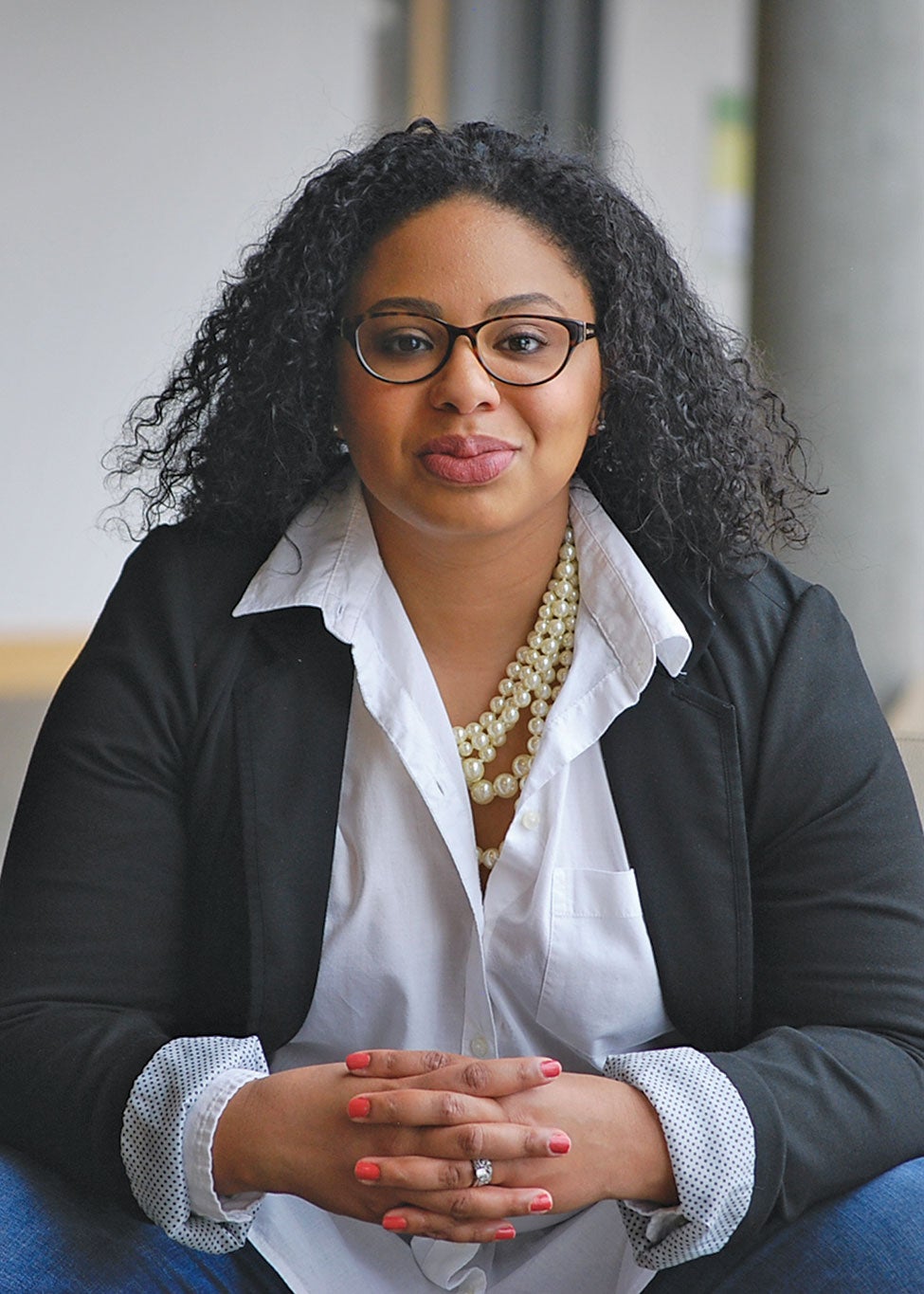 Back when Jessica Estes entered a Birthright center, she claims she had no reason to suspect she wasn’t walking into a medical clinic.

“You walk in, and it looks like any other waiting room at any other clinic. They grabbed me to give [them] a urine sample. It wasn’t until I was in the [examination] room alone with the older White woman that things started to get a little more intense.

She didn’t tell me right away that I wasn’t pregnant. She just went on and on, kind of shaming me about being sexually active and not being married. When she was done with her rant, she told me, ‘You’re not pregnant.’ ”

“We hate to hear someone felt deceived coming to Birthright,” Zink says. “We make clear we don’t do abortions. We tell them if you want to go through with your pregnancy, we are here. We have resources. We are the opposite side of choice.”

DANGEROUS SITUATION
Yashica Robinson, M.D., who runs both a large medical practice and a health clinic that offers abortion in Huntsville, Alabama, says the CPCs are so integrated in the medical system that patients often believe they have to get referrals from them before coming to see her.

“The CPCs’ goal is to capture those abortion-minded people, so if that means they will have to lie, then they will do that,” she says.

Although some crisis pregnancy centers hire legitimate medical experts, Robinson says, many do not, which can create a big problem. When counselors at the clinics don’t have medical training, a woman can get misinformation, such as an incorrect due date, which will delay visits with a prenatal doctor. Some are told they are not pregnant at all or that they are earlier than they really are and must come back over and over.

“This can be dangerous to women because most are not aware these are not real clinics,’’ Robinson says. They may think these visits count as prenatal care. The centers can get away with it because they are practicing free speech and offering free services, she says.

In a letter to state legislators, Dartricia Rollins, who is now 26, explained that the deception was more than frustrating for her. She believes it was fatal to her unborn child. 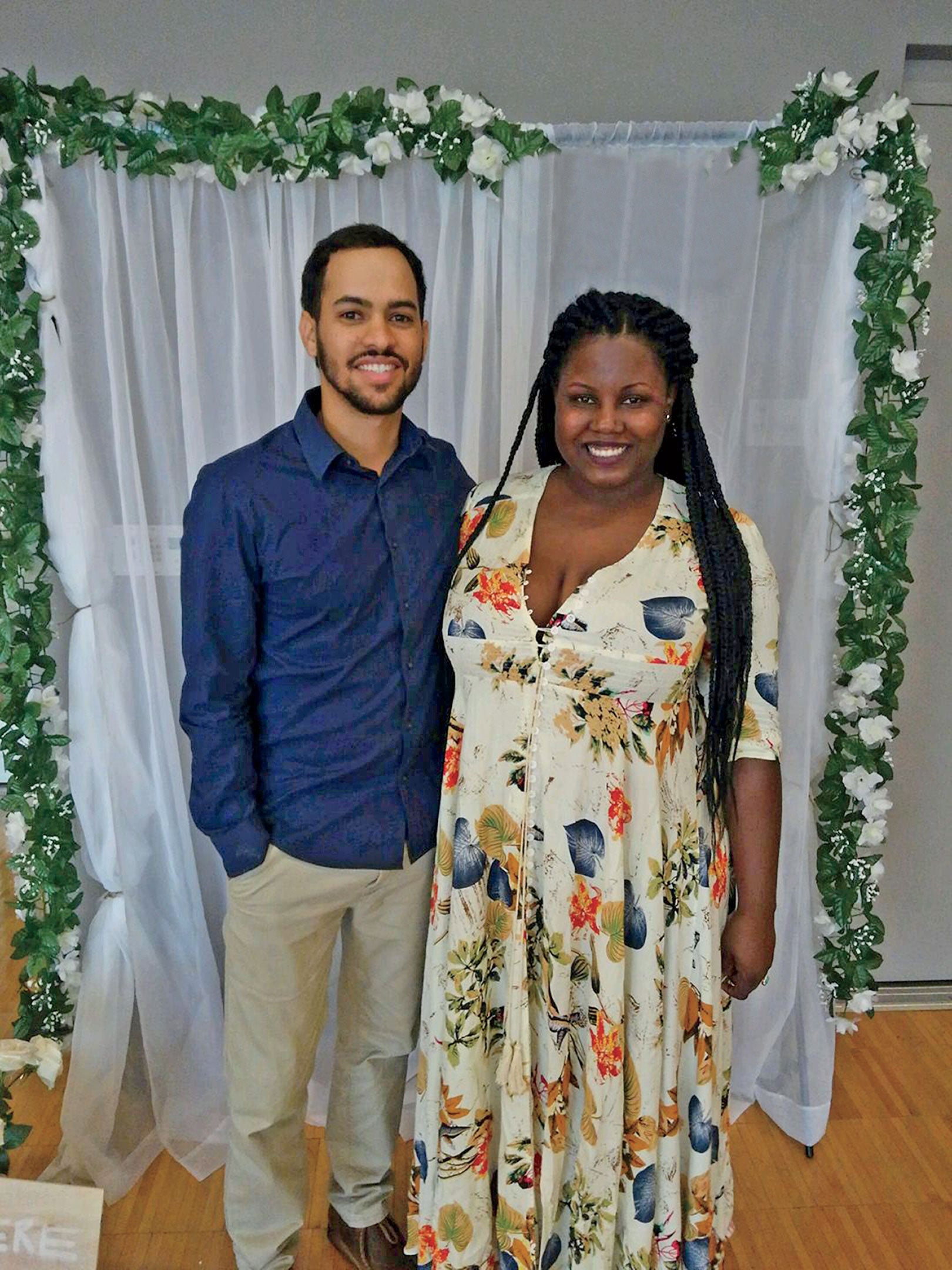 “I came in for an ultrasound, but instead I was subjected to hours of invasive questions about my sexual and religious life. Instead of being told about prenatal care, I received hours of hurtful comments about how my loving boyfriend could never be a good father unless he had the same religious beliefs as the people in the center,” Rollins wrote in her letter.

“We ended up leaving crushed and frustrated. We both respected the counselor’s religious beliefs, but I was there for medical care and medical care only, and I am hurt and angered by the fact that convincing my boyfriend to attend church was more important to her than making sure I had the information I needed to have a healthy pregnancy and a healthy baby, and the consequences of that were fatal.” (ESSENCE reached out to this center but it did not respond.)

Before leaving the clinic, Rollins was given an ultrasound and was then told she was in the earliest stages of her pregnancy. Two months later she visited a doctor, who told her she was actually much further along.

On March 12, 2014, Rollins began cramping and bleeding at work. She called her doctor, who told her to head to a nearby hospital. “I found out that day that I had an incompetent cervix,” she notes. “But because I came to him later than normal, due to misinformation I’d received earlier in my pregnancy, I did not have the proper procedure to confirm this condition and treat it, resulting in the loss of my baby. His name would have been Noah.”

Rollins tried to forget what happened: “I was sad about it for a long time, and I just let it go. I was in the middle of midterms, and I just tried not to think about that again.”

She doesn’t know if she or husband D’Juan will ever get over the loss or the deception. “My friend asked, ‘Do you think that is why you are afraid to have a baby now?’ And it totally is. We have been trying to make sure everything is perfect—that our health is perfect, that we have health insurance.

Plenty of our friends say, ‘People can get pregnant at any time. You shouldn’t worry too much.’ But I need to worry. I need to be sure of the doctor. I need to make sure I never go to one of these places again.”