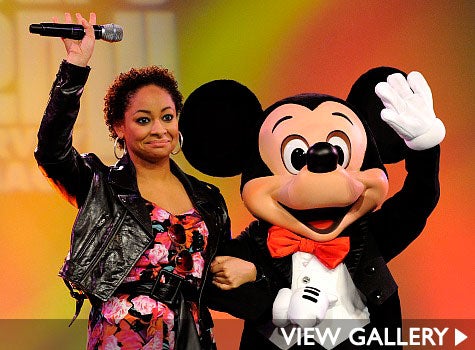 Steve Harvey and ESSENCE joined forces for the fourth annual Disney’s Dreamers Academy to inspire America’s youth. During the three-day event, 110 high school students from across the country participated in career-inspiration programs which included motivational seminars, networking events, hands-on creative experiences, celebrity appearances, and lots of fun at Walt Disney World Resort. “Here we focus on the dream,” Harvey told the Disney Dreamers Academy Class of 2011. “Disney is going to let you explore the bigness of your dream.” Out of 4,000 hopefuls, the 110 winners were chosen based on heartfelt essays declaring their ultimate dreams. The students were introduced to “The Four Cs,” which stand for curiosity, confidence, courage, and constancy. They also heard inspirational stories from celebrities such as Raven-Symone, Yolanda Adams, Ruben Studdard, Terrence J, Tamera Mowry, and Kimberly Locke to name a few. As a testimony, Harvey told his own story of being a coal miner’s son in West Virginia. “My dream since I was nine was to be on TV,” he revealed to the room filled with teenagers and their parents and chaperones. “I didn’t get on TV until I was 34, but now I’m on TV somewhere every day.” From culinary skills to costuming, journalism to entertainment, the students were exposed to experts, exercises, and experiences that would help them build their confidence and develop their dreams. “You can do anything you want,” Harvey told the students. “This is an opportunity to change your life.”