Photo Credit: @lorettaspralines
By Nina Hemphill Reeder · Updated December 6, 2020
Like most holidays and traditions, sometimes a nostalgic connection to a certain celebratory food makes that occasion so much more enjoyable—not to mention delicious. For the New Orleans Carnival season, which spans from January 6 to March 5 (better known as Fat Tuesday), the tasty tradition that accents the period is none other than the king cake. Flamboyantly decorated with frosting and colored sprinkles, this cinnamon roll-adjacent pastry has been the Big Easy’s age-old symbol for a good time.
Loading the player...
“When we were growing up, just to enjoy the king cake itself was a treat,” says Loretta S. Harrison, local legendary confectioner, and owner of Loretta’s Authentic Pralines in New Orleans. “That was the best part of Mardi Gras season for us growing up in St. Bernard Parish, eating the king cake.” 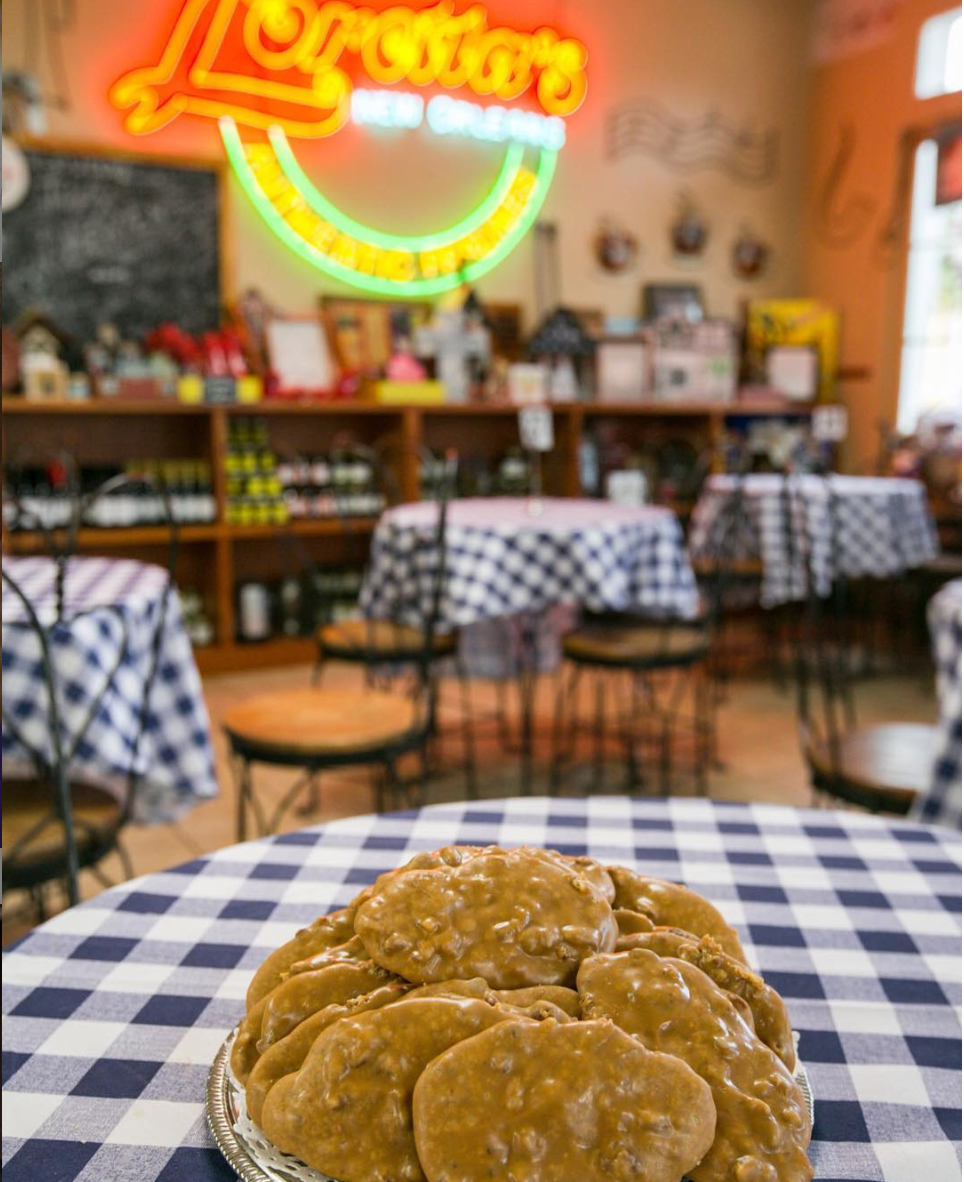 In business more than 35 years, Harrison has been bestowed the title of “Praline Queen” for her successful praline business, which eventually bore two locations, numerous awards and a lasting legacy as the first African-American to own a praline shop in the city. But even when talking about the king cake, the “queen” can still keep her royal designation on that, too. “I am the first one to use the Black babies. In all the king cakes, there were always the white babies,” Harrison says about the New Orleans tradition of baking a plastic toy baby inside of the cake. 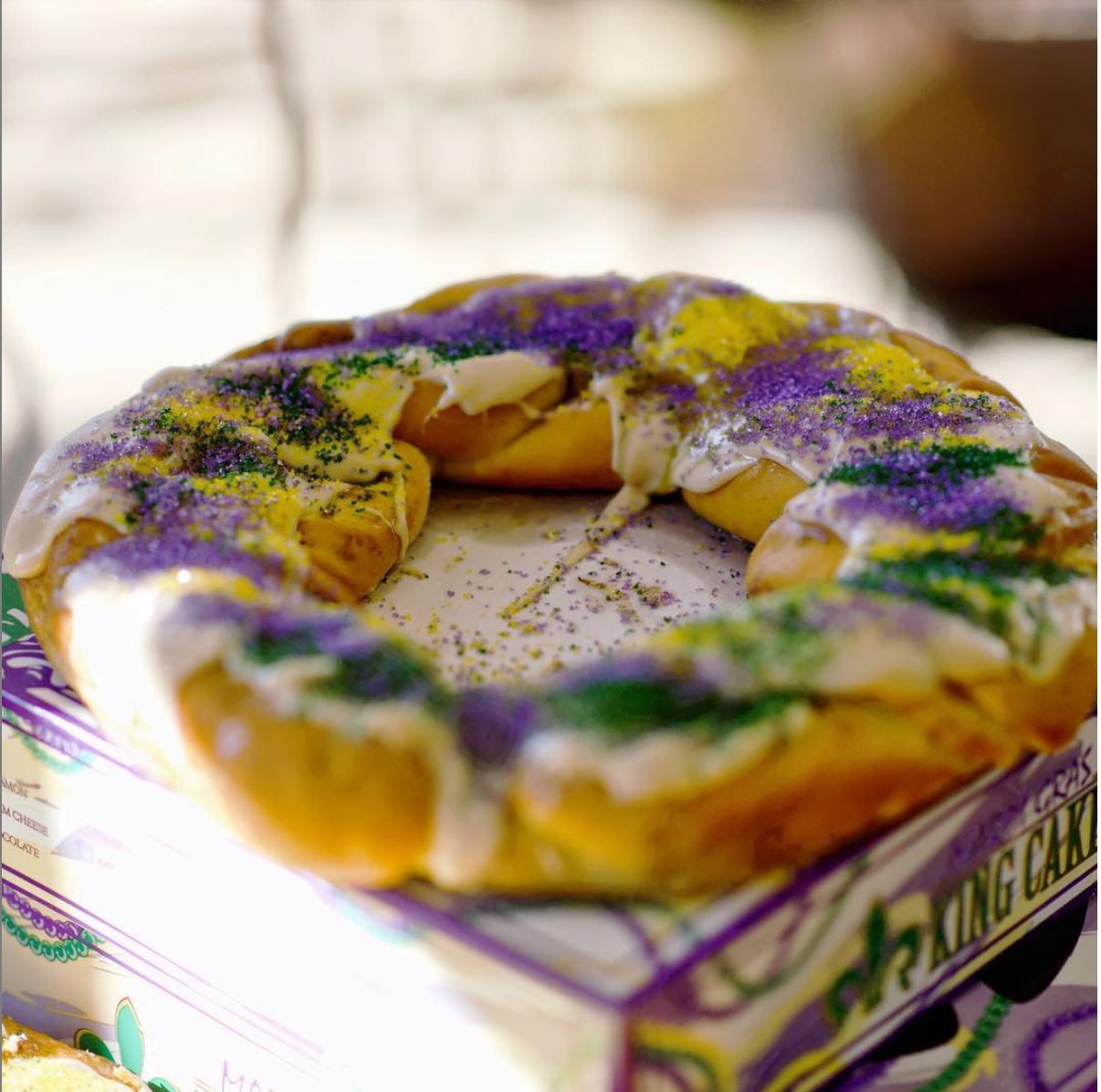 While the hidden baked-in item and king cake is believed to originate in the Old World as a symbol of the Three Kings, who visited the baby Jesus on Jan. 6 (also known as Three Kings Day or the Epiphany), the tradition of specifically baking in a toy baby is believed to have found its foothold in New Orleans. The Louisiana custom would become firmly rooted in its Mardi Gras culture, in which the lucky recipient of the king cake baby would be named king for a day and be responsible for supplying the king cake for the next gathering or party. 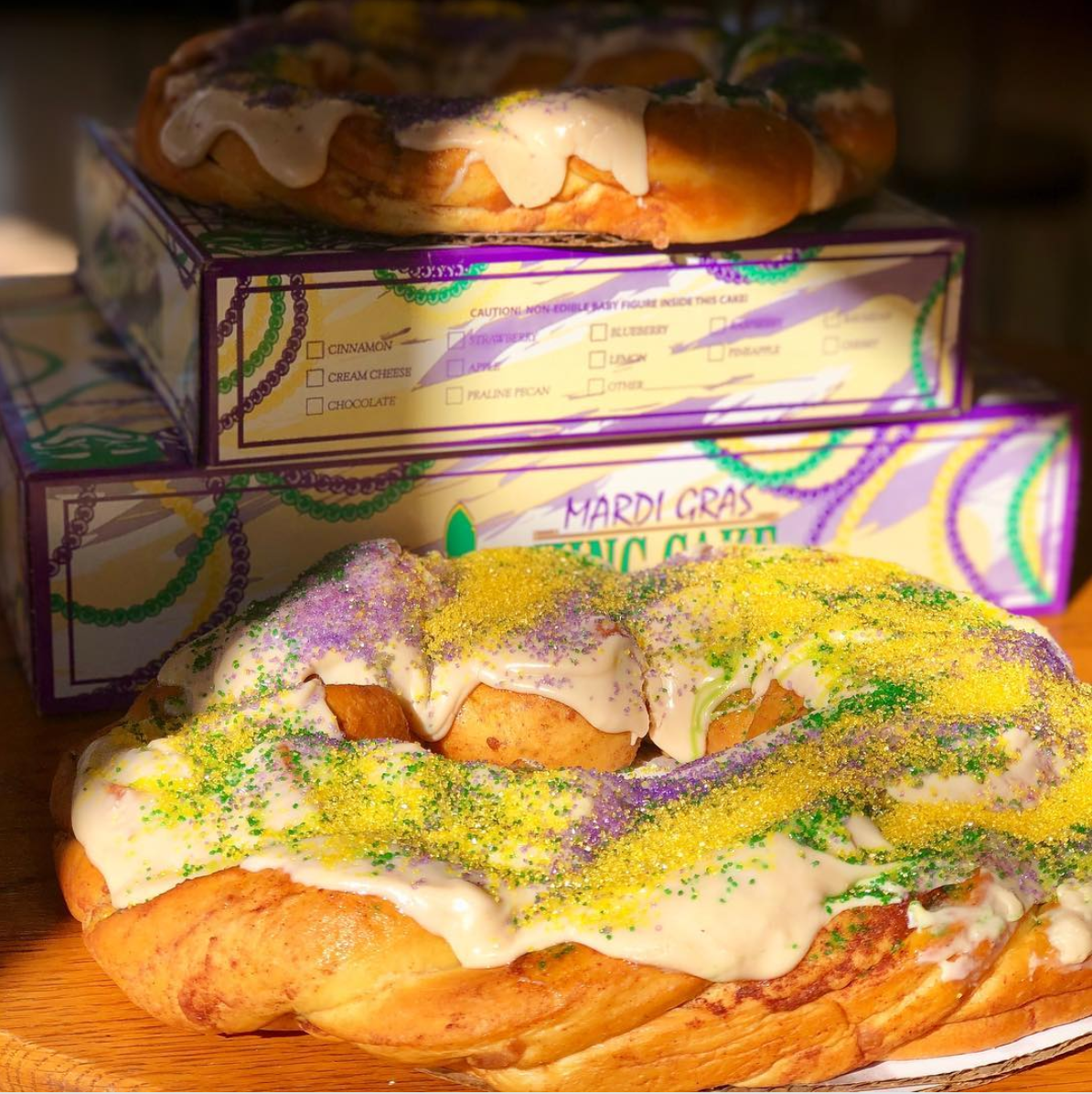 In 1992, Harrison started her own ritual of inserting a Black baby into her cakes, which she says has had the effect of bringing a new narrative and new joyful dynamic to the custom. She playfully jests after every one of her king cake purchases that the patron will be held responsible for putting their Black babies through college. “I decided my king cakes would represent who I am, so we used Black babies. Some people wanted to know why. I said, every time I gave birth, the babies came out Black,” she says with an infectious girlish laugh. 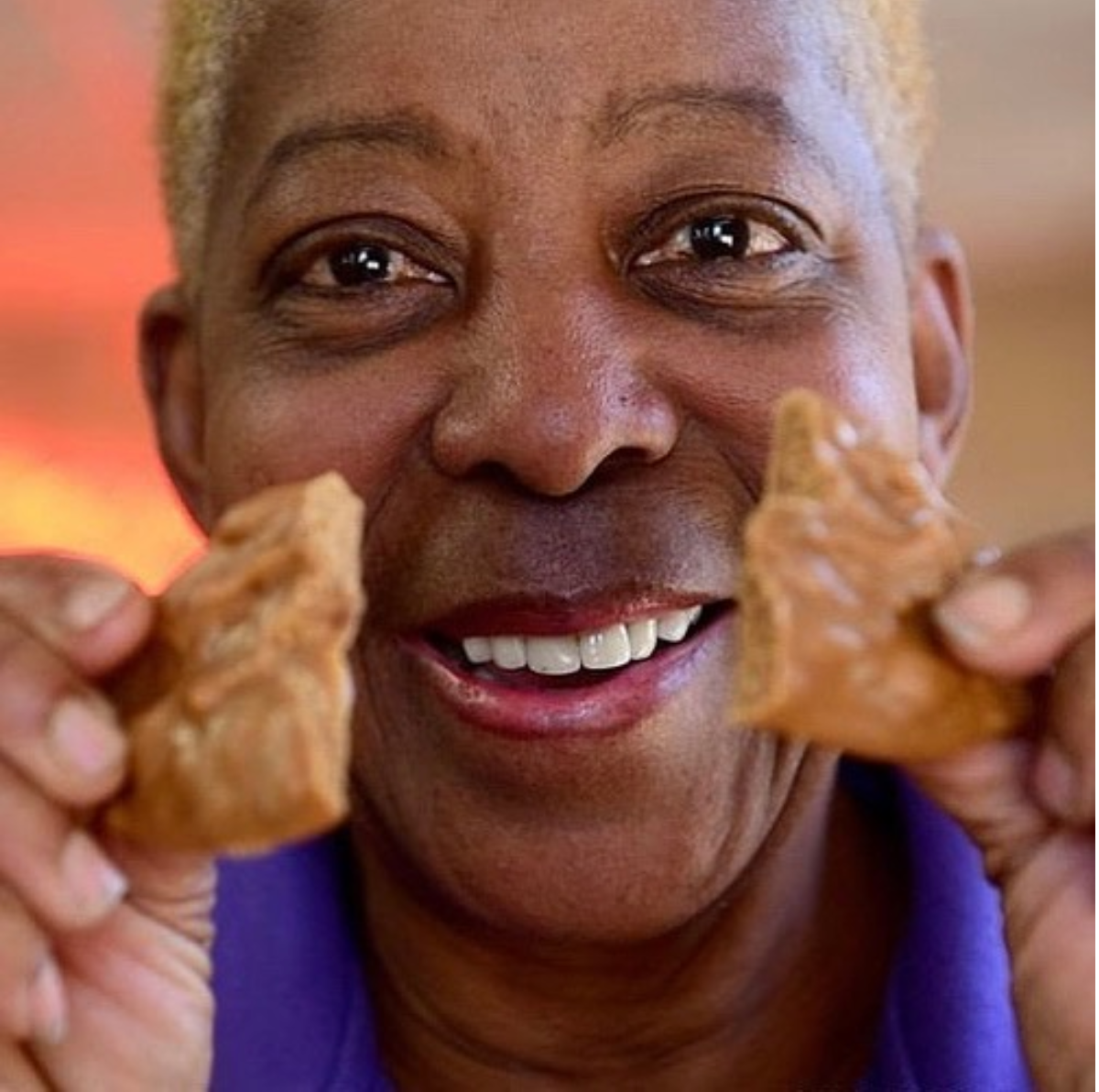 But the Black babies aren’t her only claims to king cake fame. Of course, the Praline Queen would make a praline-filled king cake. And of course, the praline-filled king cake is a treasured local favorite, which adds just another tasty layer of innovation to the city’s rich culinary legacy. And to have her name go down as a chief contributor to the evolution of king cakes, well, Harrison thinks that’s pretty sweet. “Because it’s history. It’s the history of us,” she says. “As a Black woman in the culinary/confectionary field, I am elated. I am passing on the history of what we do—the pralines and the king cakes and the beignets. I am passing it on, not only to my customers but to my family, so I am very excited about that. And my customers love it.”