Skip to content
‘Horror Noire’ / Shudder
By Britni Danielle · Updated October 23, 2020
Actor and writer Rachel True has always been ahead of her time. In the 1990s, when Black folk on screen were mostly relegated to movies about the harsh realities of the inner city, True starred in The Craft as Rochelle, a smart, talented teen who is relentlessly bullied because she is one of the few Black people in her small town. In the film, Rochelle forms a coven with her gal pals, which not only aids her in finding her inner power, but it also helps her get revenge on those who tormented her. Seeing True in The Craft was a revelation for many quirky, young Black girls who loved horror films and felt like a bit of an outsider. But just like her on-screen character, True also faced several challenges while fighting to get her rightful recognition. “We have been an afterthought,” True told ESSENCE while discussing her struggles — both recently and in 1996 when The Craft was released — to be included in publicity about the classic film. “In the ‘90s, there were so many white starlets whose names we all knew because they were in the publicity machine. I had a high-powered, expensive publicist as well back in the day, but I couldn’t get publicity,” she explained. “I couldn’t get into the same things that the other girls did.” 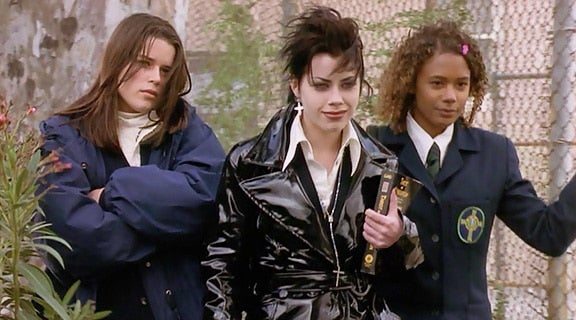 True said while it was a blow to her ego that she wasn’t being included like many of her peers, the effects of being excluded were actually much deeper. “It affects people of color’s profile. If we’re not up on stage, producers and directors don’t see us as bankable and viable,” she said. “All of that affected so many actors’ careers back in the day. There’s no reason I can name 20-25 white girls and two Black girls. There’s no reason for that.” While the industry has changed since the movie was released two decades ago, when the other stars of The Craft were booked to appear at fan conventions to discuss the film, True was not invited. This time around, as a self-described “old lady grown up” she decided to speak up and “fight for her place.” “I don’t think that white people understand the importance of Rochelle to the Black community,” True argued. “But to a certain sect of alternative Black chicks or weirdos and oddballs, especially in our community, that meant a lot. When I’m excluded it’s almost less about me, but it’s about the exclusion of the weirdo Black kids. And I want to rep for them.” After calling out her exclusion on Twitter, True was asked to appear alongside her co-stars at one convention, but she was determined to speak out because not including Black actors and creatives is just another form of racism.

🔥Hey guys!! Had a blast & 1/2 catching up w/ the ladies this past weekend 🦋1st time all together since ‘96 💀 🐍#covengoals 💥💀🔥 💥Thank YOU🙏🏾 all so very much for coming out, saying hi & showing support 💋& a big thanks to #monstermaniacon !!! I haven’t yet been invited to any other events some of the ladies are already booked for this yr so I’m very happy to have been included here. 😈😊🦋 #racheltrue #thecraft #thecraftreunion #coven #magic #godblessthefreaks #wearetheweirdosmister your #90s OG witchy weirdos. 🔥🌟🔥

“There’s a casual racism to not including the Black person, we’re the afterthought quite often,” she said. “But I was like, you know what I am? I’m not an afterthought, I’m Rachel f–king True.” These days True continues to represent for quirky Black women and girls through her robust social media presence. On any given day she discusses health and wellness, aging gracefully, tarot cards, and of course, Black representation in the media. True is working on a book, titled True Heart Tarot, which will break down how to use tarot cards to gain further clarity about life, and included essays on her experiencing being a biracial actor in Hollywood. “I understand who I am and what my full power is,” she explained. “And that’s the beauty of being a grown-up.”