Shannon Rainey thought that she was living her dream when she became the owner of her first home in New Orleans’ Upper Ninth Ward. But after discovering a biohazard waste container in her yard, she soon realized that dream was her biggest nightmare. Rainey lives in Gordon Plaza, a Black residential neighborhood built on the site of a former landfill. The Agriculture Street Landfill was filled with garbage and waste, animal carcasses, rats, insects, and over 49 cancer-causing chemicals. It was closed in the early 1980s and plans were developed to build affordable housing on the site. First came the Press Park housing development, then the Gordon Plaza neighborhood and an elementary school.

Gordon Plaza residents began finding debris in their yards, smelling odors from their homes and were suffering from major health problems. “Statistics show that people are dying back here from cancer, cancer is the #1 thing,” Rainey told ESSENCE. In 2003, studies found an elevated presence of breast cancer in the area. Children were being born with deformities, women were having miscarriages, and the Environmental Protection Agency declared the area as a Superfund site, federally recognizing it as one of the most contaminated communities in the nation. The site’s elementary school was forced to close after children tested positive for lead and the soil underneath it was declared toxic. 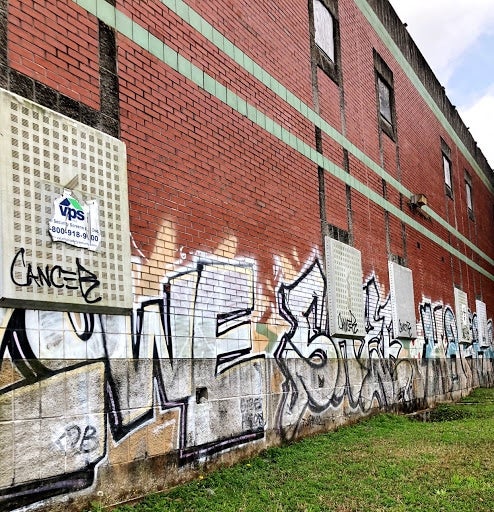 After Hurricane Katrina devastated New Orleans in 2005, the city’s lower to middle-class Black areas faced tremendous struggles in post-Katrina recovery. Gordon Plaza residents now had to focus on rebuilding what was left of their homes; the same homes that were still on contaminated land. Many residents could not receive federal aid post-Katrina because of their neighborhood’s status as a toxic Superfund site.

Rainey fought obstacles to return back to her home; obstacles that she felt were all a part of a greater purpose.“God awarded me my house, and I wanted to return back to my house. I started fixing it up, and I would ask God for the funds to get this house back together,” Rainey says. Miraculously, she was able to rebuild her home, but this blessing came with a moral responsibility. Rainey heard about a meeting discussing the city’s upcoming budget plan. She felt compelled to attend and in that meeting, she demanded that the city addressed the injustices committed against the Black families of Gordon Plaza.

Rainey and fellow Gordon Plaza residents filed a class action lawsuit in civil court. After Hurricane Katrina, a ruling ordered the City of New Orleans, Housing Authority of New Orleans, Orleans Parish School Board, and insurers of the housing authority to reimburse the residents for emotional stress and property damage. Rainey states that students were to be paid for each year they attended the school on toxic land, but never received payments for their physical ailments. The attorneys walked away from the case with roughly $1.7 million each. Gordon Plaza homeowners were paid crumbs in settlement payments.

Rainey had every reason to become discouraged and give up, but she had a moral obligation and divine assignment to defend her community. As the President of Residents of Gordon Plaza Inc., she assembles Gordon Plaza residents to continue this fight. She holds meetings in her home, attends city council meetings, organizes rallies, and advocates day in and day out for her neighborhood.

What has been done in New Orleans has been done in Black communities across the nation, from the water crisis in Flint to air pollution in New York City. In defending her community of Gordon Plaza, Rainey is defending all Black communities plagued by environmental racism. She is defending the lives lost to the site’s toxicity, lives still affected by this ongoing battle, and for the future lives that should not have to inherit this contamination.

Most Gordon Plaza homeowners do not have the luxury of just selling their homes and moving somewhere else. Who are they going to sell their homes to? Who is going to purchase a house built on toxic land? Although it was not Rainey’s job to right the wrongs that she did not commit, she took on the responsibility anyway. She has taken the future of her community into her own hands, working further and beyond the entities that allowed this injustice to occur in the first place.

For over three decades and under six mayoral administrations, Rainey continues to fight the environmental racism inflicted upon her community. She expresses, “We have paid abundant tax dollars for the toxic soil that we live on. We are certain the city has or can acquire the funds for our relocation, we just need them to choose to do what’s right.”

A federal hearing approaches on March 13, 2019, and the intentions are clear. Rainey and the residents of Gordon Plaza demand a fully-funded relocation off the toxic land that has been poisoning the bodies, the Black bodies, of neighborhood residents for decades. Since Rainey has worked relentlessly in fulfillment of her divine assignment, she is confident that justice will soon be served for her community, “It’s all coming to an end. God is gonna take care of all that, I’m so excited.”

TOPICS: In Her We Trust Women's History Month shethepeople

What Trump Really Meant By That Racist Tweet ABout Low-Incom...