Skip to content
By Nylah Burton · March 11, 2019October 23, 2020
As a little girl in South Central Los Angeles, early childhood education expert Dr. Rosemarie Allen’s entire community believed in her ability to succeed. When she got all As on her report card, each of her neighbors would give her a quarter. When she wrote papers or had a project in high school, her family always took time to provide her with support and encouragement.  She was a bright child; everyone that loved her knew that. But outside of her home, outside of her community, her support network diminished. She wasn’t seen as a bright child anymore, but a “disruptive” one.   Allen entered the public school system right after Brown v. Board of Education ended race-based school segregation. But the decision didn’t necessarily improve the experiences or lead to equity for all Black children like Allen. Her new white teachers’ lack of experience working with black children and the teachers’ racial bias caused them to constantly discourage her. One teacher told Allen’s parents that she displayed “demon-like behavior” when she curiously took the heads off her Barbie dolls. One teacher told her she wasn’t suited for college – despite her 3.8 GPA – and another callously told Allen that she would eventually end up in jail. Despite this, Allen’s experiences with a biased school system inspired her to fight for the elimination of systemic inequities that target the most vulnerable and marginalized groups of children.  Allen told ESSENCE that “From an early age, I wanted to be a teacher. I never wanted any child to feel what I felt.”. And she did become a teacher, working with kids in South Compton and historically Black and Latinx communities in Denver. As a former Director in the Colorado Human Services Department, she led the charge in changing Colorado laws and policies, like instituting a statewide quality rating system for all child-care licensing programs. Now, she’s a professor of early childhood education at the Metropolitan State University of Denver. She sits on the Diversifying the Teacher Workforce Group at the university, recruiting prospective Black teachers and other teachers of color because studies show when black children have Black teachers, it improves their outcomes. And Allen also teaches – prospective teachers – that “suspensions are an adult behavior,” and that they’re rooted in unexamined bias. In 2017, Colorado suspended over 1,800 children with disabilities and special education needs.   And according to the U.S. Department of Civil Rights, almost half of all school suspensions are aimed at Black preschoolers – babies – no more than five years old. Because she’s Black, most of Allen’s teachers refused to see her as a brilliant, sweet child. Instead, they saw her as a “demon,” because they held onto deeply ingrained prejudicial ideas about race. So now, Allen’s is on the front lines of disrupting that bias, thereby disrupting the “preschool to prison pipeline.” Allen’s research has shown that when teachers possess self-awareness about their own biases, they gain a deeper and more compassionate understanding of their students. She travels widely – across the country and the world – delivering speeches and workshops to educators who want to learn how they can make a positive impact on all their students, especially their students of color. Workshops like these are intense and conversations about race can quickly turn hostile. But Allen has a disarming quality about her, one that encourages creates a space where people can talk about these issues honestly. 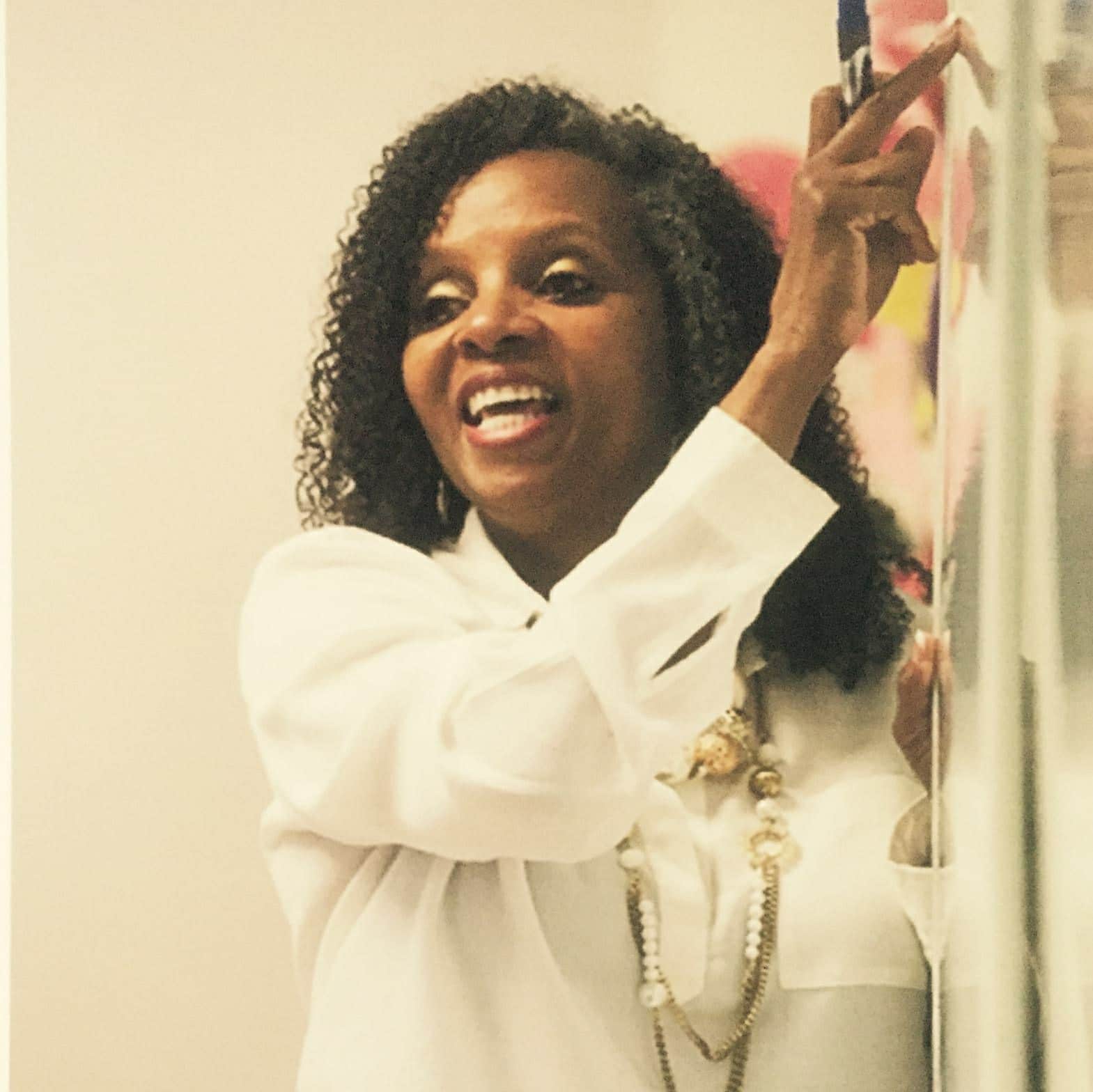 Allen’s willingness to be vulnerable about her own biases is a key component to the safe environment she creates. It’s not easy to be so open though, especially when we fear being judged or having our words misconstrued. But Allen says that her work would be useless if she wasn’t willing to address her own prejudice. Rejecting tactics that blame and shame people for their bias, Allen says “I don’t believe I have a right to stand in front of people and not talk about my own growth in [these sensitive topics]. I would be standing up there like I’ve arrived. But to say “I’ve been where you are. Let me show you what I’ve done….that really helps people in their growth.” And it works. Many do enter Allen’s workshops or classes defensive and unwilling to admit to their bias. But Allen says she doesn’t mind this challenge,  because she loves witnessing the “aha” moment, where she can see people realize that they’re “using very punitive measures that do not work, simply because [they’re] frustrated… and making assumptions about the family… [and the child]. These moments of confronting personal bias happen in Allen’s university classes as well, where Allen exposes her students to different perspectives. One of her methods is sending the prospective teachers on a series of field trips. For many of her students – who are often white or Christian – it is their first time stepping foot in a Black church, a Native American festival, or a Latinx cultural center, or a mosque, or a Jewish museum, or even a community of color with a negative reputation of being “dangerous.” Allen cites these field trips as some of the most impactful experiences for her and her students. “My students have told me that these experiences have been ‘life-changing’ because they allow them to challenge their assumptions about people and how they live. I think this helps prepare them to work with students of color.”   Allen’s work is radical because she’s guided by empathy for unconscious bias and a fierce love for children. In her community, Allen takes the time to learn and play with almost every child she comes across. She has the ability to see the innate greatness in them – even when it’s hard for them to see that in themselves. And in a world where black and brown children are criminalized, demonized, and endangered, this unconditional love and support is vital. 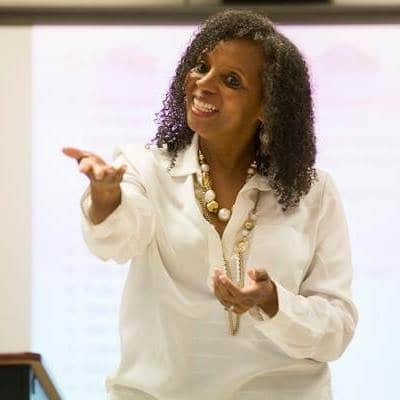 I am fortunate enough to know Dr. Allen well, and to watch as she tirelessly transforms communities.  She and her husband, Don Allen, run a non-profit called the Institute for Racial Equity and Excellence (IREE). She’s written three children’s books celebrating the beauty and diversity of black hair. And she is loved deeply – by both the Denver community she serves and her family.  Her son, Kamau Allen told ESSENCE that his mother “ carries her compassion into her work, and sometimes because she’s a black woman, people perceive it to be fighting… but you fight for those that you’re passionate about and those that you love… and my mom loves children.” Allen worked on the Early Childhood Task Force in President Obama’s  My Brother’s Keeper initiative, under a 2014 directive specifically aimed at reducing racial bias in school suspensions and expulsions. Children – especially children of color and children with disabilities – have always faced disparate treatment at school. But Allen feels that our current presidential administration poses a great threat to children all over the country, telling ESSENCE that “The biggest threat [to U.S. school-age children] is this administration. It is a threat to public education. It’s a threat to Obama-era policies that protected black and brown children. The push for a voucher system will leave our schools bankrupt. We are on a fast track back to separate and unequal. We have to be vigilant, and look at how these policies are decimating the safeguards against discrimination that we’ve established.” To quote another LA native, Allen is an example of a rose that grew out of concrete. She was legally born a second-class citizen, and she suffered from the systemic inequities that plagued her community. But with a strong support network, Allen was able to combat every challenge, confront every stereotype, and use her lived experiences as a mechanism to create change. Black women like Allen are an inspiration because they understand the pain of where we’ve been and where we are, but they also see a vision of who we could be. For Allen her work is all about “taking our schools back,” and fighting to make schools work for all children in the community, regardless of their race or ethnicity. We’re not there yet, but Allen has a lot of hope. “I have been amazed by the number of requests for me to come to talk about racial equity from the most unlikely places, places most people disregard as simply being “Trump country.” So many times, with all the dangers this administration presents, it’s easy we can think the whole world is thinking in this [discriminatory] way. But they’re not. I am so encouraged, because people all over the country, in every state, are talking about equity. As divisive as this country appears, I see this amazing light… I see hope in how all marginalized groups are coming together to make a change. And I’m so happy to be part of that.”