There’s no question that Maya Angelou is one of the most prolific poets, authors and overall creators of the 20th century.

Her life was a testament to the resilience Black women possess and she told her story like none other. Tuesday night PBS honored her legacy in their American Masters ― Maya Angelou: And Still I Rise special.

We thought we knew everything about the late author who was raised between Los Angeles, St. Louis and Stamps, Arkansas, but the special revealed so much about her. Through her voice and the stories of those close to her, we learned some pretty amazing things about the dancer turned activist.

1. Maya Got Her Confidence From Her Father

Angelou revealed that when her father returned from WWI, he was incredibly proud. “My father came back much too grand for his skin,” she said. Because of this, he left the South and moved out West to be a doorman in Los Angeles.

“Was that all there is?,” she asked after her first time at the age of 16. Teenage Maya was living with her mother in San Francisco at the time and thought sex would be a ‘Hollywood experience’.  Her son Guy Johnson was conceived from her first time.

3. African Clothing Was Always A Part of Maya’s Wardrobe

Guy talked about how his mother would come to his school wearing African garb and kids would make fun of him. She would say, “This is your history, you come from kings and queens” and he would think, “It’s unfortunate, my mother is demented.” 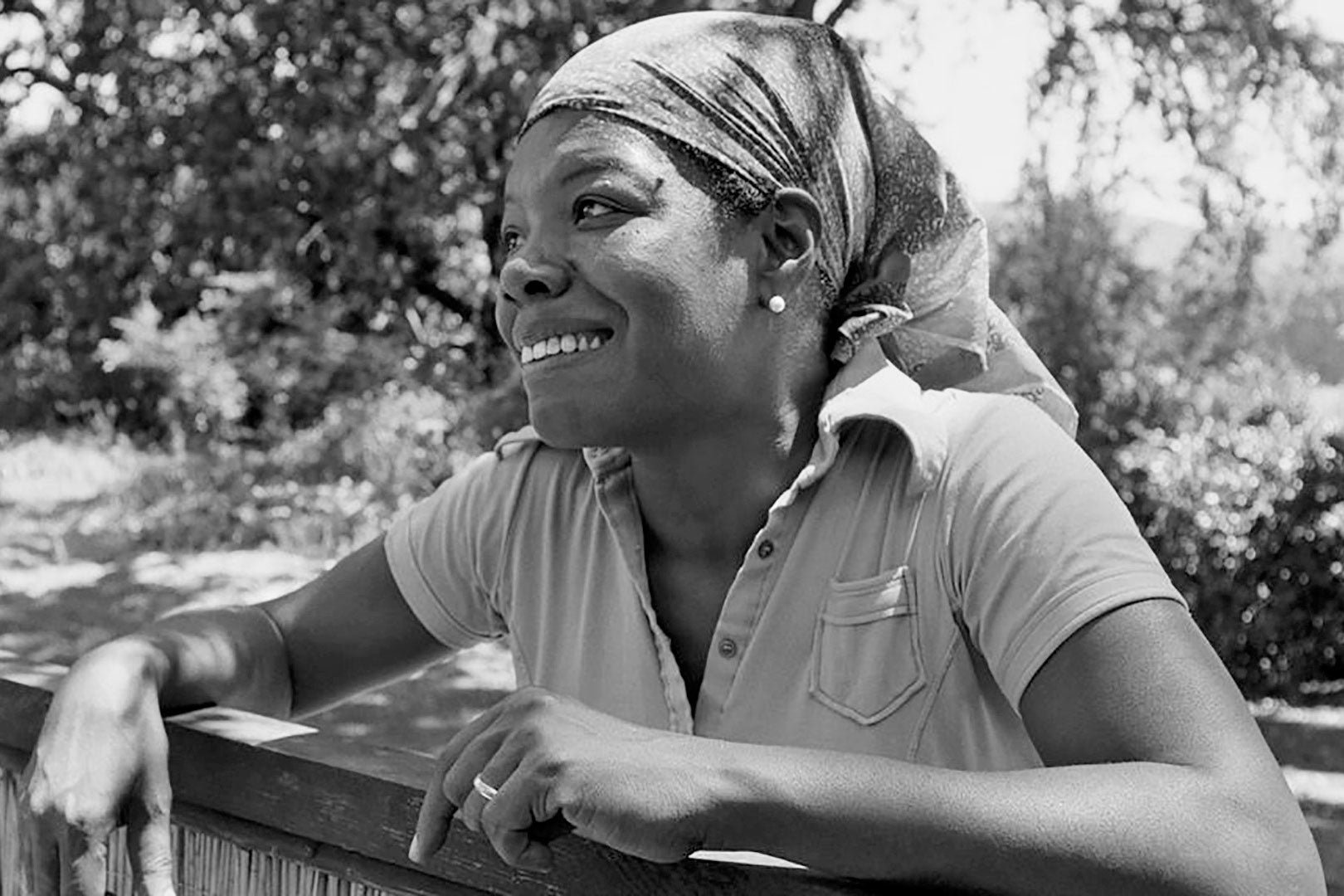 4. Pearl Bailey Didn’t Think Maya Was Suited To Be Her Understudy

After traveling in the play Porgy & Bess, Maya wanted to be stable with her son in New York. She auditioned for the Apollo Theater role of Pearl Bailey’s understudy in Hello Dolly. While the director and producer loved her, Bailey allegedly said, “I’m not gonna have this big ole’ ugly girl play my role” and Angelou lost the gig. Years later as an esteemed author, Maya presented Bailey with an award and didn’t say anything about the incident.

5. James Baldwin Was The Reason Her Autobiography Happened

James and Maya were very close friends; her nickname for him was “Jimmy”. After Dr. Martin Luther King Jr. died, she was devastated. He came to her home, made her take and shower, and took her to spend an evening at cartoonist, Jules Feiffer’s house. She told colorful stories about Stamps, AR to cope and Feiffer’s wife called book editor (Robert Loomis) about stories the next day. After months of pleading, Maya agreed to do the autobiography as a work of literature.

6. Her Writing Process Was Intense

Maya’s book editor Robert Loomis revealed that she would rent a hotel room and hibernate to write. All she would have was a Bible, thesaurus, playing cards and hard liquor to finish her work.

7. She Was Reluctant to Marry Her Third Husband

“You talk about courage all the time,” James Baldwin said to Maya when she told him she was leery about marrying French painter, Paul du Feu. “You tell everybody to love. So are you a hypocrite?” Maya married Paul in 1973; they bought and renovated homes together. Cicely Tyson, Maya’s good friend, thought this relationship was most compatible. They divorced in 1981. 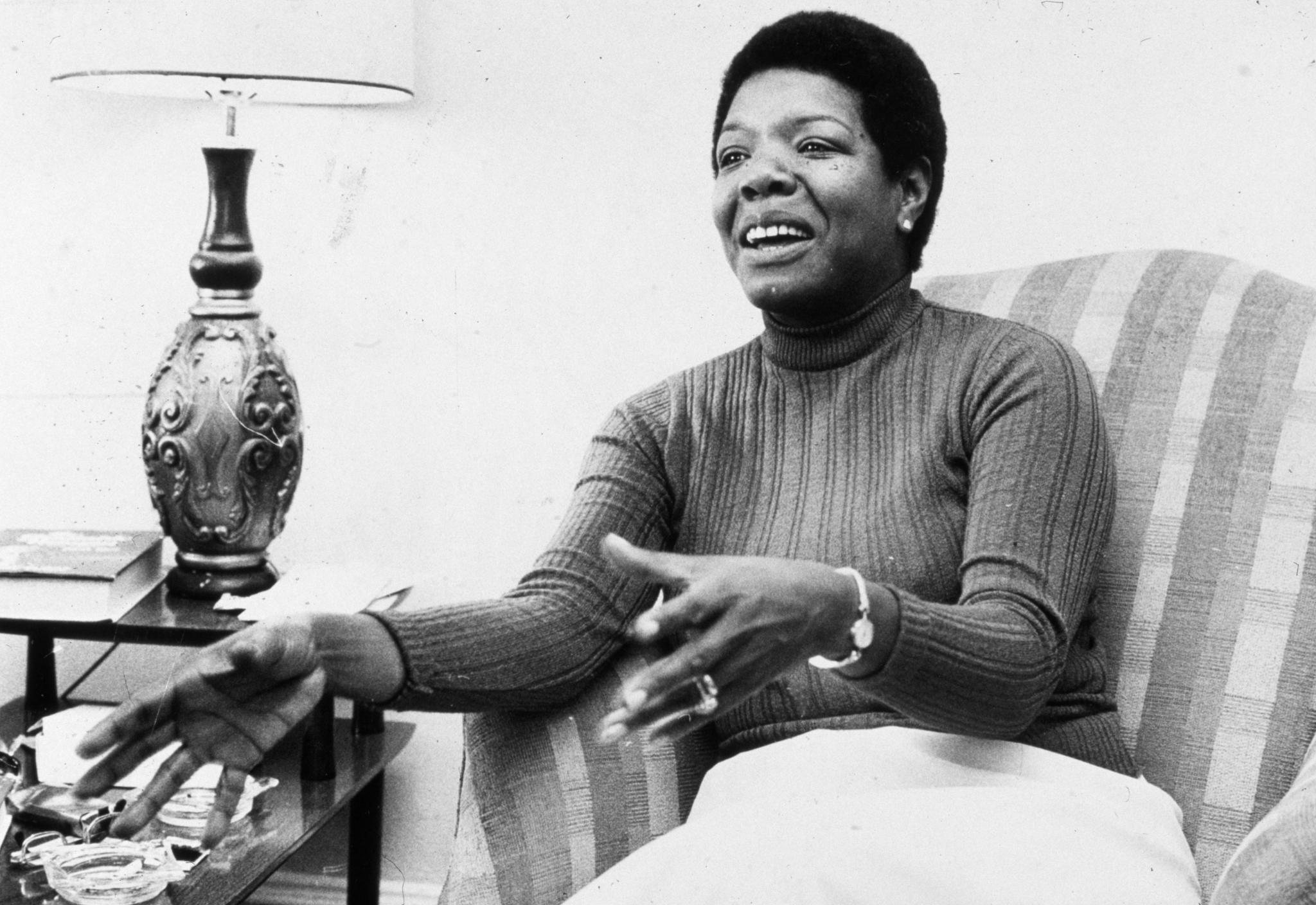 Poet Maya Angelou, whose birthday was April 4, has inspired Black girls across the world through her poetry. Angelou passed away in 2014 at age 86.

9. She Was A Fearless Protestor

After a fight broke out at the U.N. general assembly because of the Congo’s treatment of Patrice Lumumba, Maya joined the protests. Guy Johnson shared one incident where his mother stuck a hair pin in a horse to knock a police officer down, and allow the protest to continue.

10. In The Blacks She Played a White Queen

The Blacks was an avant garde play that took audiences captive, literally. It raised consciousness of race and challenged social hierarchy. Maya played the role of the white queen, and was said to have done a stellar job. “It brought to mind to many white people that they were involved in our anguish, because of their ignorance” said co-star Cicely Tyson.