Danai Gurira has been living “the cut life” for quite some time, but her bald head is another level of fabulous. Earlier this week, the actress and playwright stepped out in a Rosie Assoulin Resort 2017 dress for the NYU Tisch School of the Arts Gala.

She and Moonlight actor Andre Holland were on hand to accept the Big Apple Award for Artistic Achievement. Fun fact: both graduated from the arts school in 2004 and 2006, respectively.

Besides the fact that this multicolored frock perfectly showcased her enviable figure, we’re reeling over the Walking Dead actress’ shaved head, a look we’ll see even more of in the highly anticipated Black Panther flick. 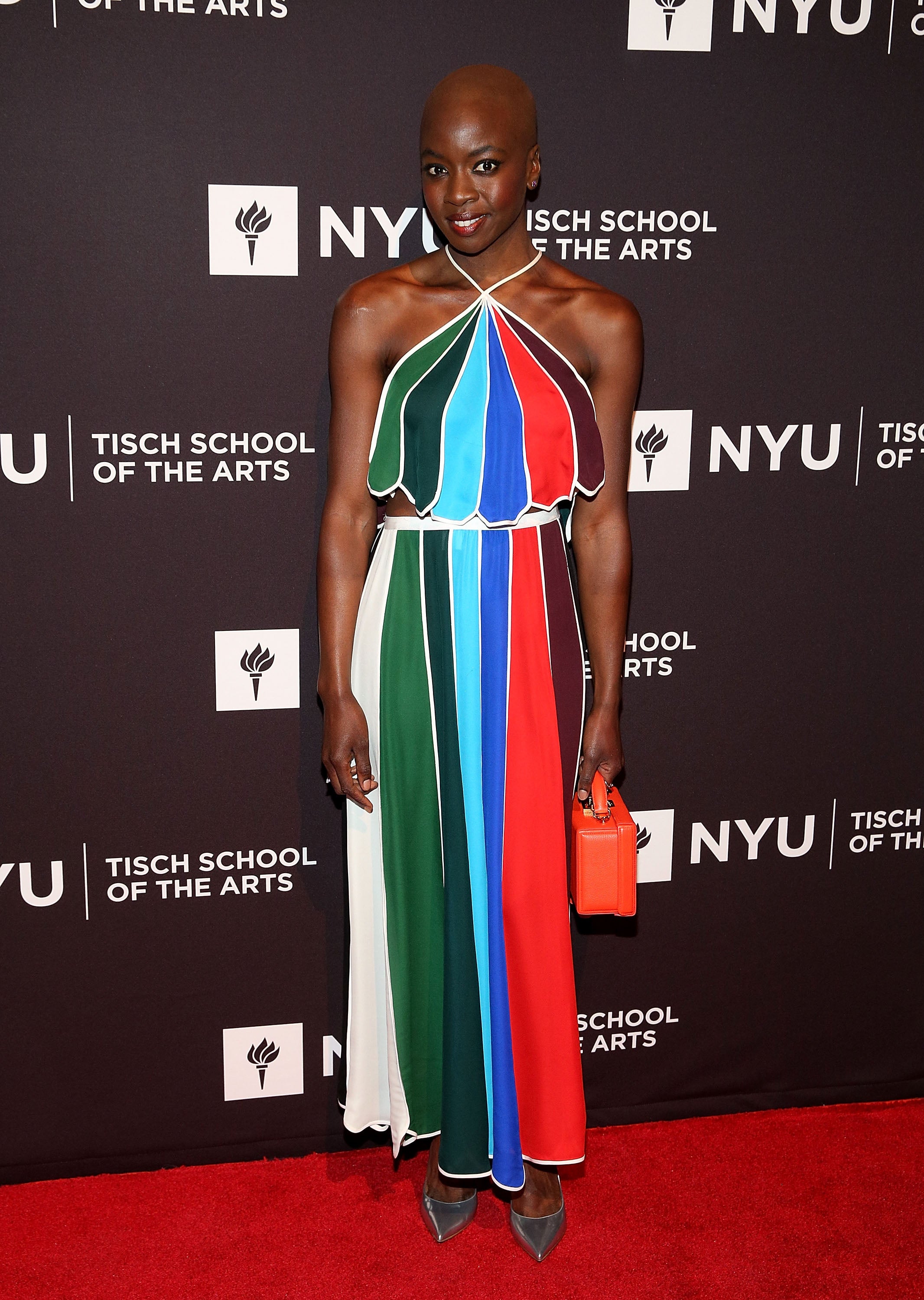 Danai Gurira rocks a colorful dress at the NYU Tisch School of the Arts' 2017 Gala in NYC.

Gurira is set to play Okoye, leader of the Dora Milaje tribe and Black Panther’s personal guard. Her bald head mirrors the same look sported by the integral character in the comic books.

As of late, we’ve seen a bevy of celebrities abandon their lengthy locks for something a little more edgy. Amandla Stenberg, one of our favorite naturalistas, cut her mane into a short blonde coif, while Tisha Campbell-Martin made headlines for her curly mohawk.

Will we see more A-listers grabbing the shears before spring’s end? Only time will tell!

Kofi Siriobe on His Growth as an Actor