Black Panther star Danai Gurira is our favoirite bald beauty, but she grew out her tresses just a bit for the 2017 Comic-Con in San Diego, CA. Sitting on a panel with her co-stars (Lupita Nyong’o, Michael B. Jordan, Chadwick Boseman and more), the actress and playwright became an instant standout, thanks to an impressive design on the side of her head. 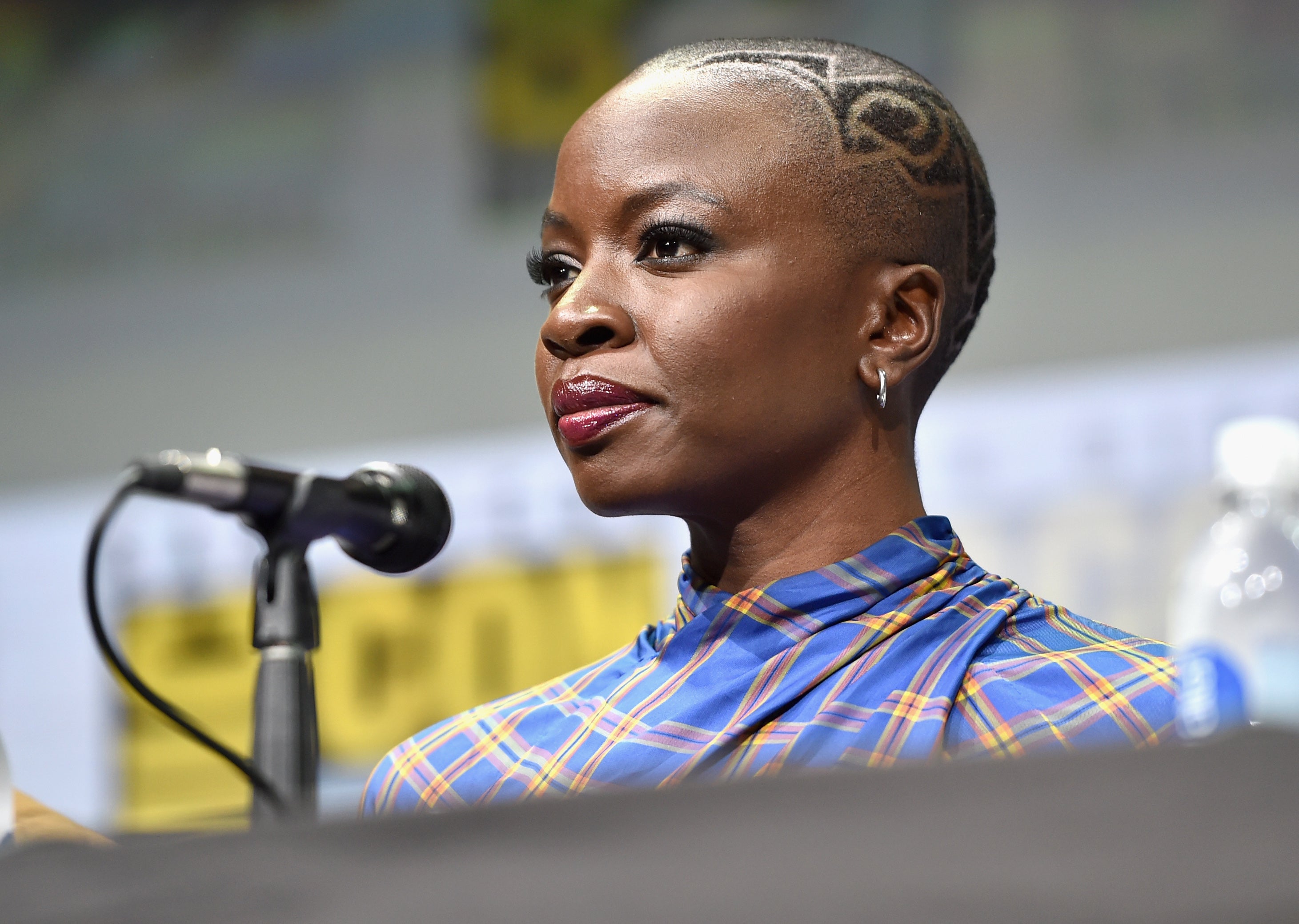 We’re not sure if this outline symbolizes anything from the Black Panther storyline, but either way, we’re completely mesmorized.

The Walking Dead star is just one of many A-listers who are not only forgoing lengthy tresses for a close cut, but experimenting with color and patterns, too. Like the characters she frequently portrays, Gurira has never been afraid to push the envelope and this latest hair slay is proof of that. 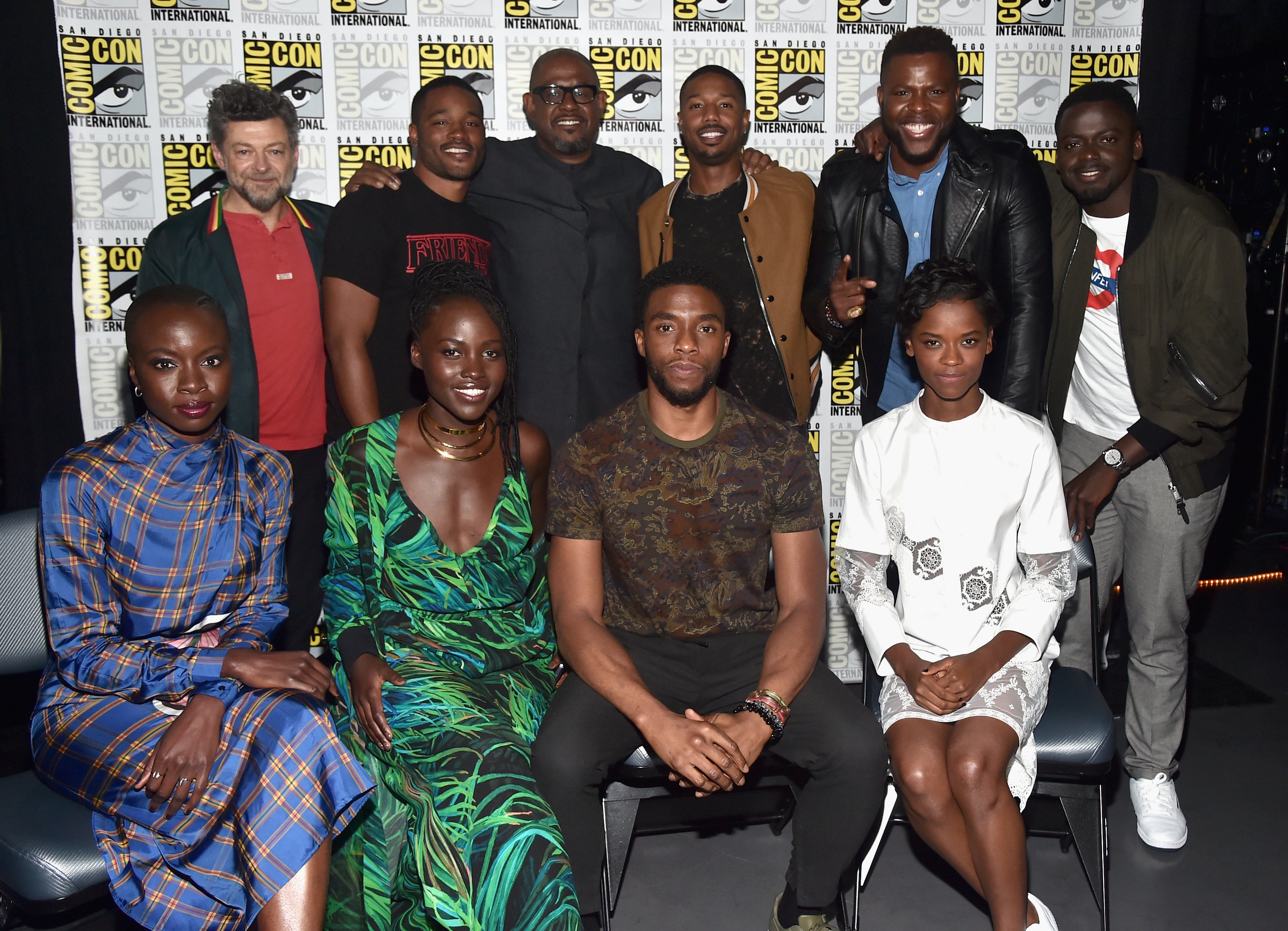 In case you missed it, Gurira and her castmates were on hand to premiere a new clip from the highly anticipated film and while it has yet to be released to the general public, Comic-Con attendees were reportedly on their feet by the end of the preview.

Gurira plays Okoye, a member of Dora Milaje, the special forces, all women team for the nation of Wakanda.

A new poster for the film was also released after the casts’ appearance.

We can’t wait to catch this film in theaters on February 16, 2018! And if you’re sporting a short ‘do like Gurira, check out more hair design ideas here.