Skip to content
Getty Images
By Erin Lukas · January 24, 2017October 26, 2020
This article originally appeared on InStyle.  Eyebrow microblading has provided a more permanent solution to thin brows for those of us who have been let down by every powder, pencil, and gel we’ve tried from Sephora. But, along with helping you achieve your dream brows, the treatment that uses a hand-held blade tool to create an embroidery of small, trompe l’œil-like strokes of pigment to mimic real hairs, can also be applied to the scalp to hide hair loss. Hair loss is a common issue that, no matter how severe, can easily be discouraging. According to the American Association of Hair Loss, 40-percent of Americans who experience hair loss are women. Although it’s an issue that affects so many women, treating hair loss whether it’s via over-the-counter topical products, or in-office treatments, can be time-consuming, expensive, and won’t provide immediate results, which is what makes scalp microblading an effective alternative. Subscribe to our daily newsletter for the latest in hair, beauty, style and celebrity news. “Microblading can realistically replicate hair strands on the scalp and especially the hairline area, concealing areas where hair has thinned,” explains Ramon Padilla, creative director & founder of EverTrue Microblading Salon in New York who gave us all the details on the service. “For most women, the areas where microblading is most effective are the temples, a hair part that has started to bald, or the entire hairline from ear-to-ear.” 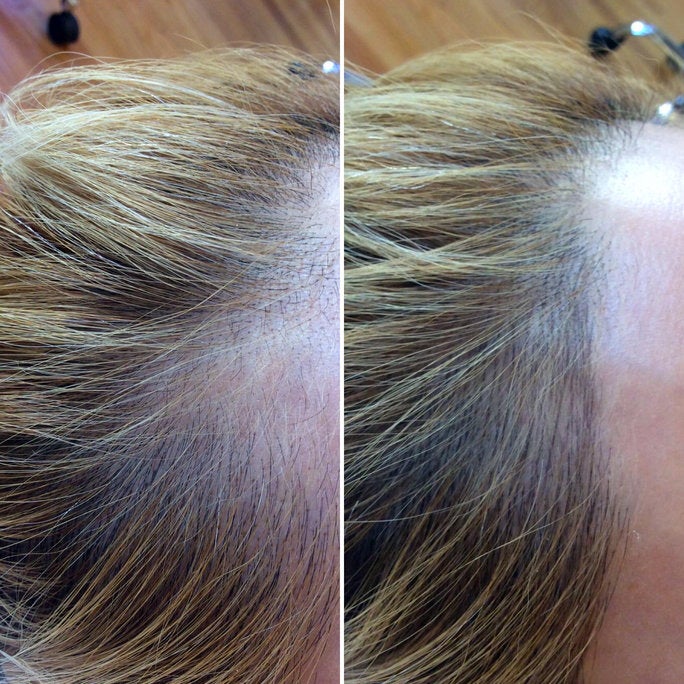 Not all hair loss is alike and women have different hair loss patterns than men. Padilla says that scalp microblading works best on those who have thinning areas, especially on the hairline rather than areas that are completely bald. “In our experience, microblading works best when adding thickness to thinning hair because the strokes created blend in with existing hair strands, creating the natural-looking appearance of thickening hair, adding depth, and shadow. The results look less natural when the area is completely bald,” he says. The actual treatment process is essentially the same as eyebrow microblading, save for the technique of applying the pigment. Padilla says that when working on the scalp, the strands’ placement is less precise so that the finished look is more natural. Since the experts are able to match the pigment color to the candidate’s natural hair color (unless it’s gray or white) and skin tones, microblading is a great option for most candidates. 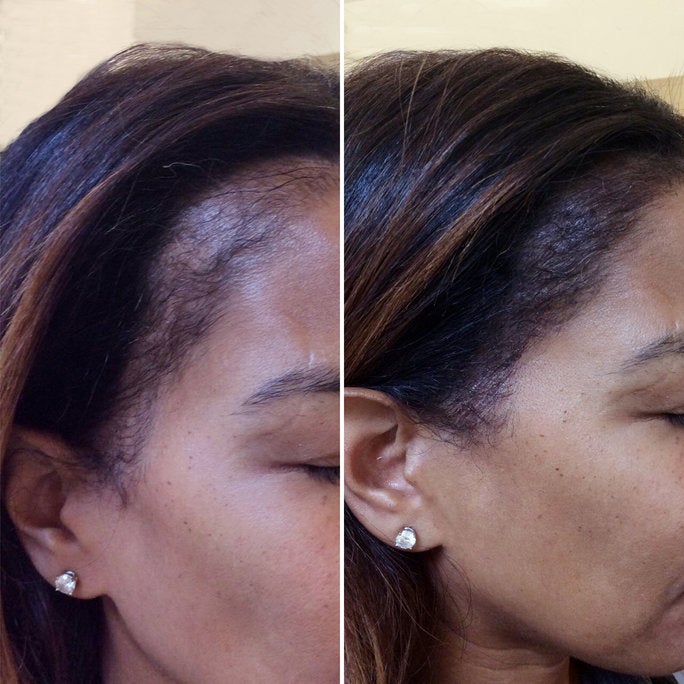 Following scalp microblading, there’s no required downtime but expect to experience some peeling before the pigment strokes are revealed underneath. During this time Padilla recommends foregoing washing your scalp for the best color retention results. When it comes to upkeep, think of microblading like a salon dye job. Factors like sun exposure, swimming, and blow-drying strands can all cause the pigment to fade. “The results can last 18 months,” says Padilla. “Touch-ups are recommended when needed, as the rate of fading varies from person to person. Our clients often return every six to nine months to touch up their results.”

Rihanna Is Back Again With Her Street Style Slay

You May Have Internet Access, But Millions Do Not